All of a sudden everyone seems to be wearing short-sleeve shirts and given the fact that temperatures are slowly climbing on a daily basis that makes a lot of sense.  I had my last physical therapy session today and I check in with the doctor who is directing my rehabilitation tomorrow afternoon.  I have had twenty-five sessions and I think I am now at the stage where I need to continue my exercises at home, return to the gym and continue to walk so that I can regain as much normalcy in the knee as is physically possible.

Saturday I returned to the gym for the first time in two months and did a half hour on the recumbent bike.  It felt okay, but it was abundantly clear after thirty minutes that I needed to stop.  I will return to the gym tomorrow to do some more work on the bike.  Friday the guys at the gym will come up with a new exercise program that will focus on the knee, but also focus on other body parts.  When I returned home from the gym, Susan had still not returned from a morning coffee with Zahava.  I busied myself with a number of tasks until she returned.

We decided to have lunch at home and Susan put together a lovely salad and a plate with a variety of cheeses, jamón serrano and turkey breast.  We ate rather late and that became both our lunch and dinner.  In the evening we watched TV and caught up with several episodes of SMASH.  We went to bed fairly early and in that way capped a rather uneventful day.

Yesterday was Mothers Day in Spain and to celebrate we slept in.  Instead of doing breakfast at home we decided to slip over to Salatën and let them make our breakfast for us.  I had a plate of scrambled eggs with some slices of ham and cheese on the side, pan con tomate, a cup of coffee and a glass of orange juice.  Susan opted for the fruit plate with yoghurt and because they were out of croissants she had pan con tomate, also.  We were the only ones in the restaurant, but given the number of tables that were being readied for lunchtime, the restaurant would be full.

We were home most of the afternoon and about 5:00 we headed out for the Palau de Música where they were presenting a production called La musique de Lilí y Teté. Its intended audience was the young set and Susan and I decided to attend because a longtime friend, Darío Piera, was the male lead and, additionally, because I wanted to get an idea of what kinds of things appeal to very young Spaniards.  Before we entered the theater we stopped at the bar and toasted Mothers Day with a glass of champagne.

The play had a little bit of everything – music, dance, acrobatics, clowning and magic.  It was well received by the youngsters in the audience who seemed to be on their best behavior.  We said a quick hello to Darío after the performance and then went on our way.  We went in search of a place to sit down and have a bite, but our first two choices were shuttered, so we ended up at La Dehesa de María, which is a chain and had some tortilla española and a plate of grilled meat.  We passed on dessert and had coffee instead.  I had done enough walking for the day so we took a cab back home and it was close to 9:00 when we walked through the door.  We watched a couple of episodes of The Mentalist before turning in for the night.

Pepe has written a lovely tribute to Paco De Andrés who passed away last month.  http://www.malditosmagos.com/noticiasnews/2012/magia-es-decir-paco-de-andres/ I know many of you do not read Spanish, but I am including the link for those who do.  I have also “borrowed” some of the pictures from the tribute. There are also a few other images that I wish to share with you today. 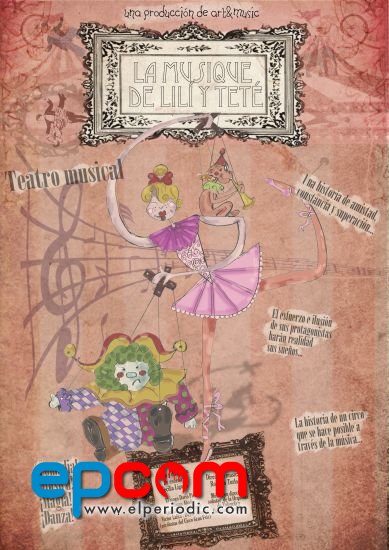 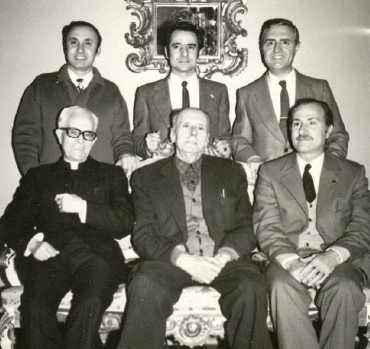 Jerito is the one seated on the right. Juan Gurrea is standing in the center and Paco De Andrés is standing to the right. The priest is Padre Ciuró who was responsible for introducing magic to many a Spanish you via his books. 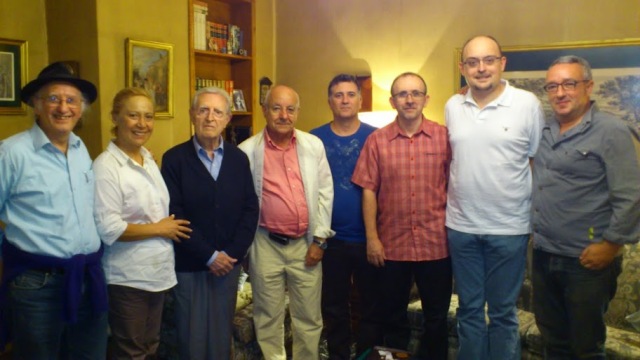 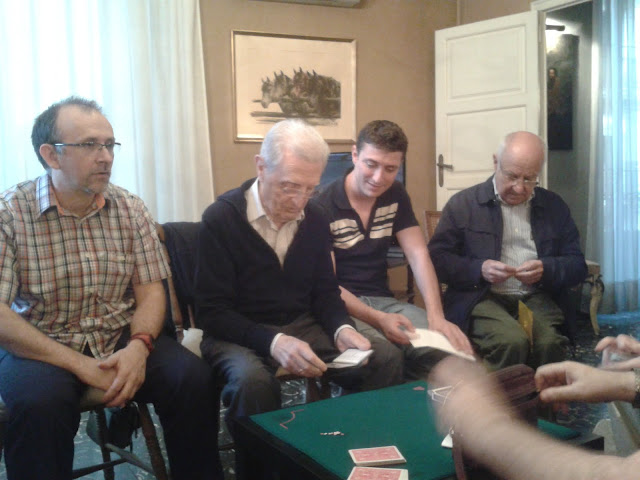 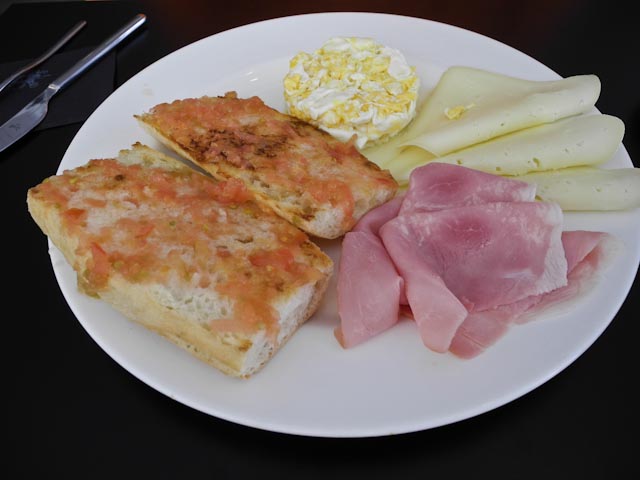 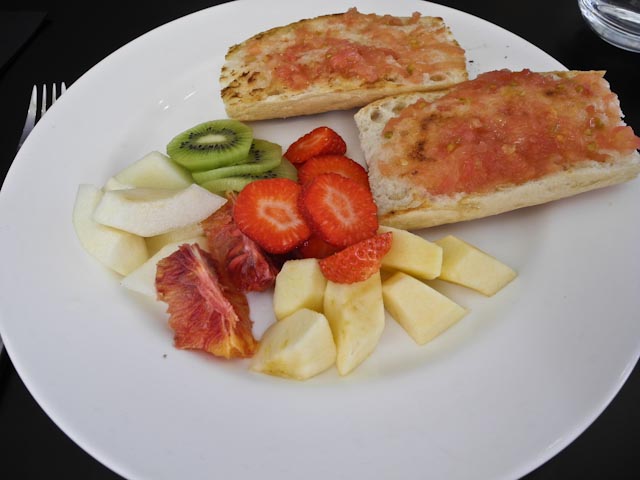 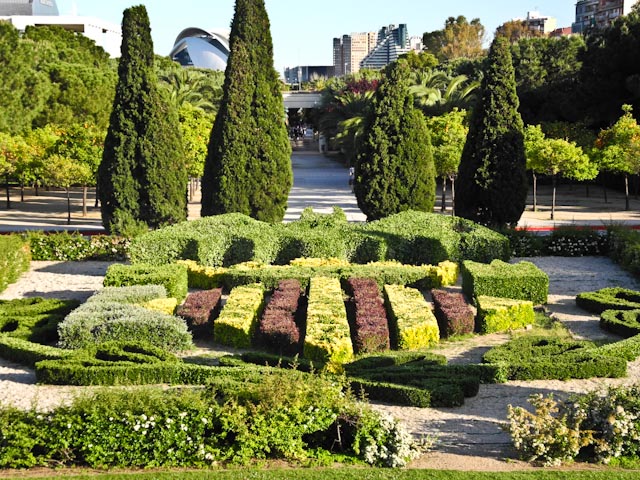 The shield of Spain done with plants and flowers