It was overcast this morning as we hailed a cab and directed him to take us to the Tanatorio Municipal so that we could be present at the 10:30 that was being said for Paquito’s mother.  A number of CIVAC members were present to support him in his hour of need and, of course, there were many of the family’s friends in attendance.  We were able to catch a ride home with Marimar, Sara’s friend and we proceeded to go about the business of the day.

Yesterday’s funeral for Paco D’Andrés was a very sad event on many levels.  As you may already know from previous posts, Paco was one of the fathers of magic here in Valencia.  He was part of a group that came to be known as the veteranos and there Thursday meetings were dedicated to the discussion of magic.  They studied, they read and they traveled far and wide to increase their knowledge and their skill.  Of the original members only two are still with us – Jerito who is in his 90’s and Gurrea who is 70.

Paco was a quiet and unassuming man.  To look at him you would never know that this gentle man was a walking encyclopedia when it came to the history of magic in both Spain and Europe.  He had seen many of the greats of his day perform.  He took Juan Gurrea under his tutelage and helped him design a prize-winning act at FISM many years ago.  Paco also played an important role in Nacho Diago’s development as a magician and Nacho acknowledged that in a very heartfelt post on his Facebook page.  Paco invited Pepe to join the tertulia of the veteranos some thirty-three years ago.  I know it was Paco who instilled in Pepe the love and passion that he feels for magic.  Without Paco the state of magic in Valencia would be very different.  I think it is safe to say that without Paco there would not be a CIVAC today, the world would have never seen some world class magicians develop and the Magic Agora project never would have seen the light of day.

I always looked forward to Thursday evenings with Paco whenever I was in Valencia.  I always had some effect to share with the group, as did he.  Paco would usually wait until all the others had performed and then he would make his contribution.  Paco often complimented me on the effects that I presented.  He especially appreciated the patter that created for each of my effects.  At one point he compared me to Padre Ciuró who was one of the fathers of magic in all of Spain and whose publications became the bible of magic for many Spaniards wishing to learn magic.  One moment that stands out in my mind was when I presented an effect that is known as the Driebeck Die.

The Driebeck Die is, just as its name implies, a die that is oversized and red in color.  It also involves a black box.  Inspired by a presentation in rhyme that Terry Elton created, I came up with a presentation in English that borrowed heavily from Terry’s presentation and then I set about creating a presentation in Spanish that used rhyming patter.  The presentation went over well and several of the members present insisted that I needed to present it in a number of different venues, which I eventually did.  I offered Paco my patter and he turned down my offer.  He looked at me and said, “This is obviously your effect and there is no way that anyone else could do it as well as you.” Thank you Paco for your kind words and your inspiring me to be creative as I try to improve and increase my repertoire in Spanish.

I managed to get a ride back home with Nacho Diago.  Since we had both missed lunch we decided we would give A Nou a try and hoping, at the same time, that their lunch service was not over.  There were only two diners in the restaurant and they were chatting over coffee.  Javi told us to have a seat and that lunch would not be a problem.  While we were looking at the menu, I decided to give Susan a call and invite her to join us for a drink or coffee.  It turned out that she had not eaten either.  So the three of us enjoyed an assortment of appetizers, a delicious and perfectly cooked arroz a la banda, and a crepe filled with chocolate ice cream and topped with chocolate sauce.

In the course of our conversation I discovered that Nacho will soon resume filming the telenovela in which he appears, that he will be the MC for the 25th anniversary celebration of the Palau de Música and that he will be performing magic in a benefit for the Lazarus Foundation that will take place at the Palau on the 27th of this month.  If that weren’t enough he is working on a script and the effects for a one man magic show in which he recounts his life in magic.

Susan headed off to see a movie with a friend of hers and I checked in at the CIVAC to see what was happening.  There were eight or nine people there and I chatted with them briefly before I went on my way to the grand opening of Ballando Nudi.  The place was jammed with friends both old and new and I had a beer and an appetizer or two before I left the scene and let the younger generation party.  Susan returned home a little after 10:00 and we made it to bed by 11:30.

Some of today’s pictures are Susan’s and there are others taken by Juanra González at Ofelia’s birthday party in February. 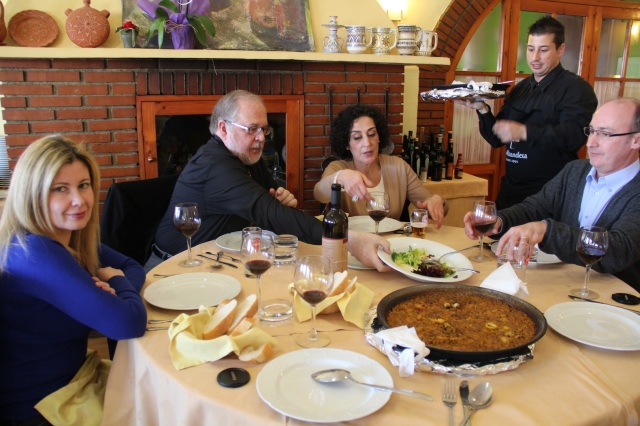 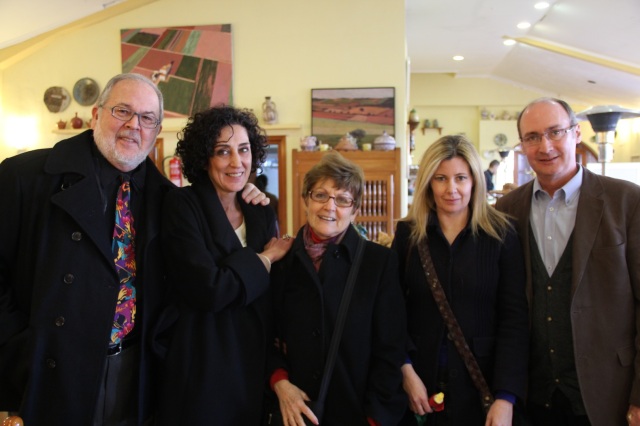