Yesterday we decided to have lunch with Jordi at Carusel.  Our previous two attempts to do so had been unsuccessful.  In both cases the restaurant had yet to reopen after Fallas.  There was no problem yesterday.  We did, however, make a stop along the way.

The first person to wait on us at La Fórcola was Francisco Cocinero.  In conversations with him we discovered that his hobby was photography and that he had spent a goodly amount of time working in hotel kitchens and restaurants in Venice.  He frequently talked about opening his own place and that dream has become a reality.  After a soft opening on Saturday and Sunday, the grand opening is this evening.  We stopped in yesterday to take a look at the place and to congratulate him.

The place is small and it probably seats about twenty people.  The menu is quite limited with three or four appetizers and about a half dozen pasta specialties.  In time the menu will expand, but for now things are being kept small.  Susan and I had a beer and an order of bruschetta.  Several people stopped in for a bite while we were there.  I will try and make it to the opening tonight, but we will just have to wait and see if that happens.

When we arrived at Carusel it was quite busy.  Terrace seating has expanded capacity for 50 customers to 100.  When we looked into the kitchen all burners were on and the level of activity was incredible.  Yesterday’s appetizer tray included gazpacho, a brochette of sorpresa ibérica, which is a prized cut of pork, a salad in which sweet and savory were combined in the person of orange slices and pieces of fried cod and, last but not least, a coca lad en with vegetables and goat cheese.  Our main course was an arroz meloso with mussels and for dessert a lovely combination of chocolate and fresh strawberries.

We spent some time talking with Jordi.  Susan explained her project to him and he agrees to her coming to photograph him at work and sharing a recipe with her.  I spent some time playing with the baby and before we knew it 5:00 o’clock had come and gone and it was time to go home.  Go home we did and we stayed there for the evening.  We went to bed rather early trying to compensate for Saturday’s late bedtime. 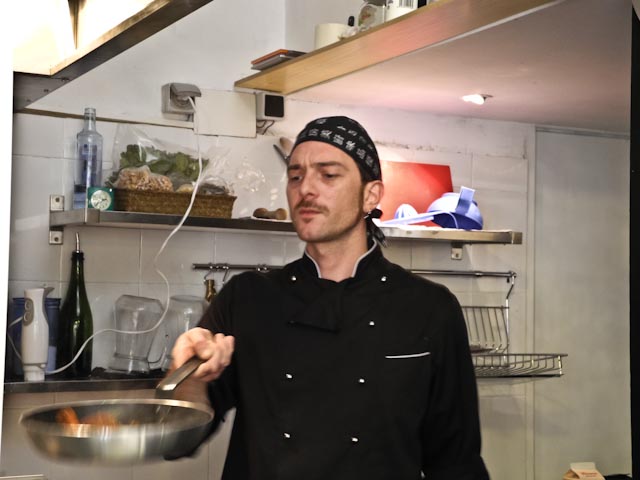 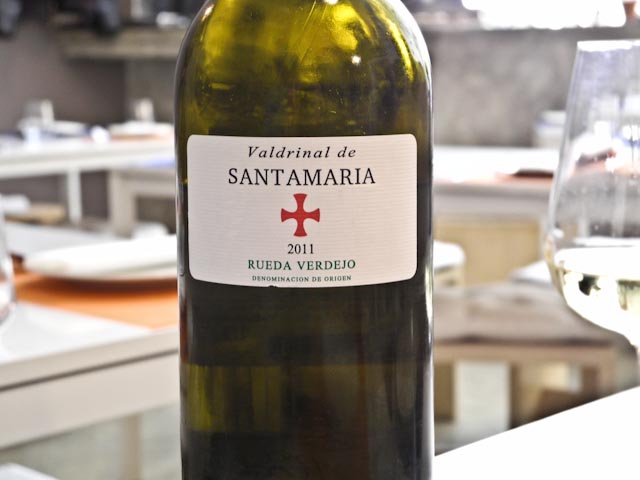 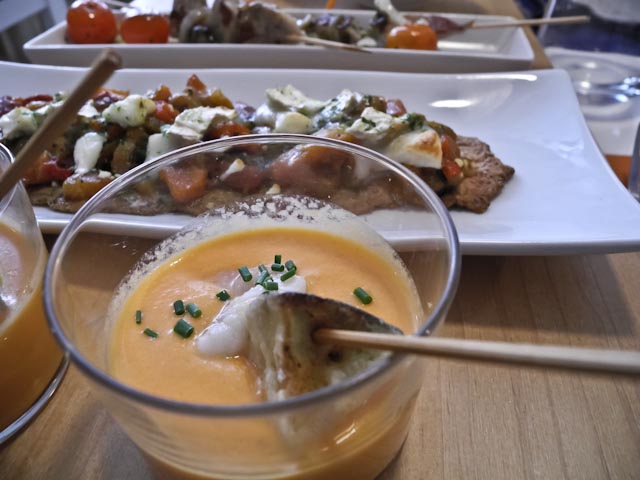 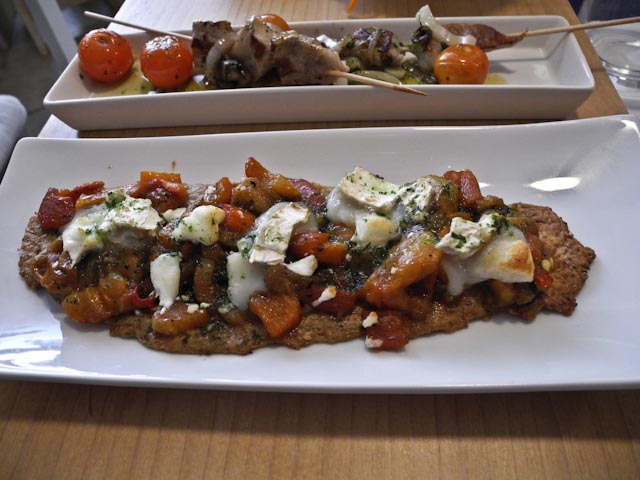 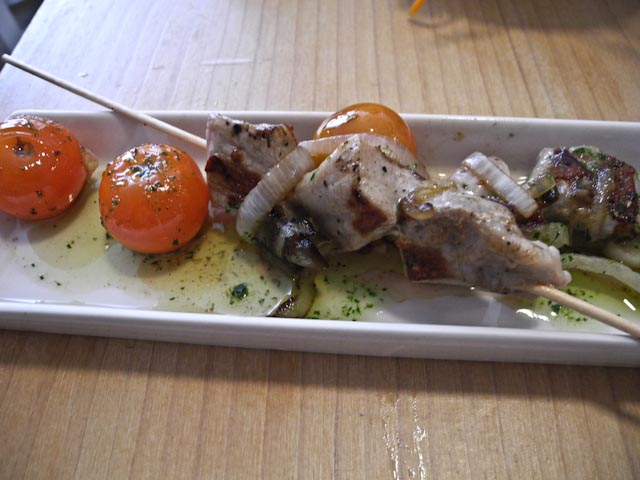 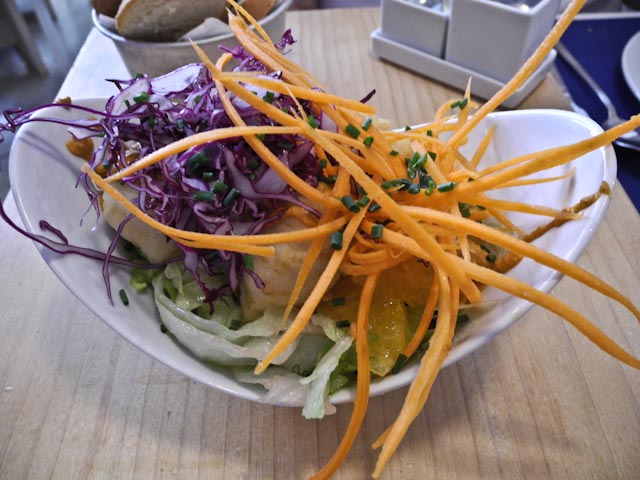 1 Response to Dinner Is Served!