We have a clear social calendar for today and I think we will take advantage of that by doing absolutely nothing except maybe going for an afternoon walk.  Last night turned out to be another late night and I think the intelligent thing to do is to take life easy.

Yesterday Susan had an 11:00 AM appointment at the hairdresser’s and she did not return home until 3:00 PM.  She walked both ways and on the way back she stopped at Habitat to pick up a serving piece.  While she was gone I did a full workout at the gym and also did some food shopping.  By 3:15 we were seated at the only empty table in La Fórcola.

The place was hopping and while we were there they had to turn away six or seven people because there were no tables available and there was a thirty-minute wait.  Susan ordered the farro salad and I ordered the melted próvola cheese that was studded with slices of chorizo. Farro is a barley-like cereal grain and I believe it is commonly called spelt.  We shared appetizers and then moved on to the main course.  Susan ordered a pasta dish and I ordered the monkfish that was served in a sauce that contained shrimp and mussels.  We both ordered tiramisu for dessert.  Coffee was in order and so was an after lunch liqueur.  Susan opted for limoncello and I had a Sambuca.  Along with my liqueur they put a coffee bean dispenser on the table in the event that I wanted the traditional three coffee beans in my Sambuca.

It was close to 4:30 when we walked through the door and we spent the rest of the afternoon and most of the evening just kicking back and taking life easy.  Around 10:00 we got dressed and headed to La Cuchara Mágica for a chocolate tasting.  Rubén Dasi, an award winning chocolatier and pastry chef, was our guide for the evening and had prepared several unusual items for us to enjoy last evening.

The presentation began with his explanation of how chocolate is made.  He explained that the chocolate must be brought up to a temperature of 45 degrees Centigrade and then quickly cooled to a temperature of 28 degrees Centigrade by placing it on a marble surface and working it with the appropriate tool.  It is then placed into molds and allowed to set for some two or three hours.  If the chocolate has not cooled sufficiently when poured into the molds, it will not release from the molds.  When the chocolate has set for the necessary amount of time, the filling is then added.

We got to sample three different candies and each was paired with wine, sherry or champagne.  We first sampled a chocolate filled with passion fruit.  We were instructed to take a bite, let it linger in our mouth and then take a sip of the sweet red wine with which it was paired.  The second pairing was a saffron filled chocolate that was paired with a dry sherry.  The last pairing was an almond paste based sweet which was paired with champagne.  While we did our tastings we were instructed to not do any talking and we listened to violin music while we did our tasting.  Our last treat of the evening was a cake that consisted of a variety of layers of pastry creams each having either a sweet or savory base.  The lights were turned of for this tasting and we were told that we could accompany I with any of the three beverages we had sampled before.  What a delicious way to spend an evening with friends.

We got home around 12:30 and we stayed up for a little while to let the chocolate and the alcohol settle.  I read my book while Susan edited some of last night’s pictures, some of which you will see at the end of this post. 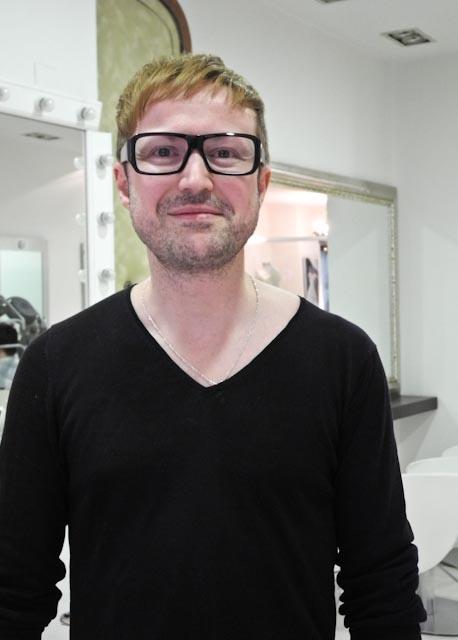 Monkfish with mussels and shrimp 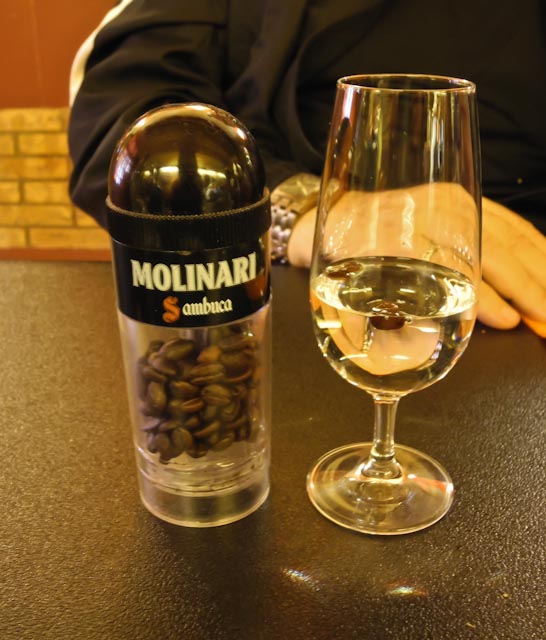 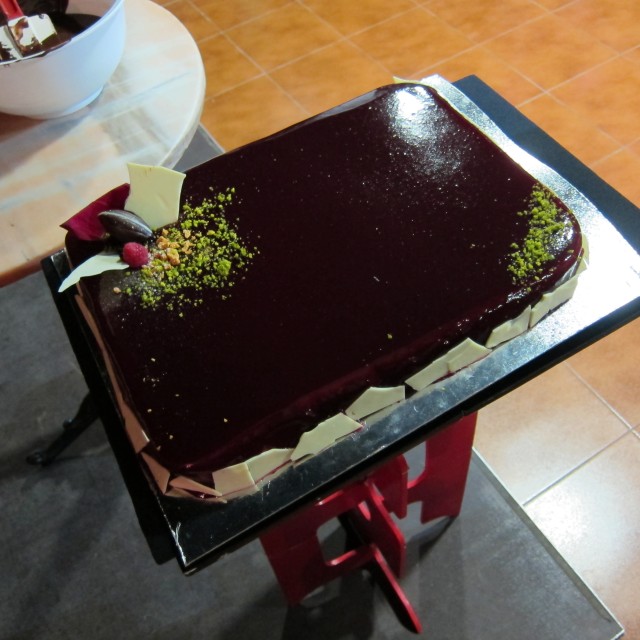 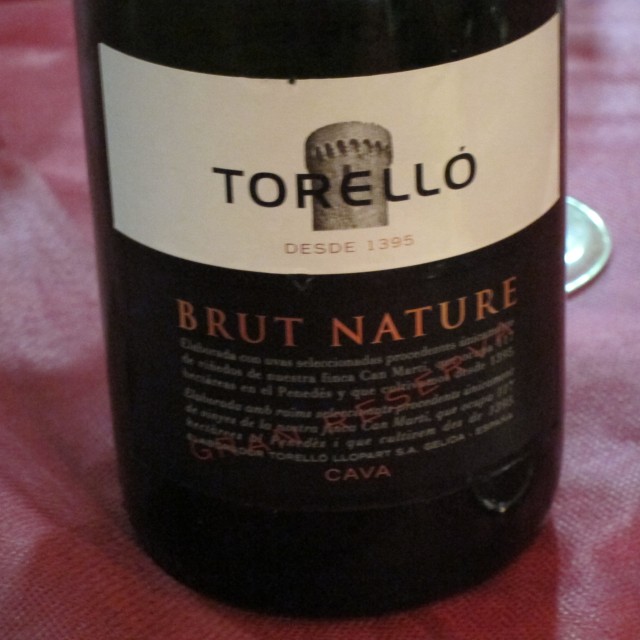 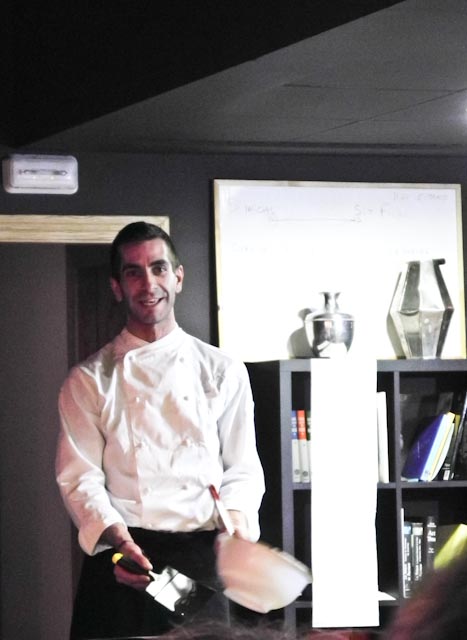