Yesterday was a very non-active day for the both of us.  I managed to get to the gym to do an hour’s worth of cardio.  Later in the afternoon the both of us went to Mercadona to pick up a few things, but that was the sum total of our activities for the day.  Susan made lunch at home using a Giada recipe for orzo and sausage.  In the evening we read and watched a French video entitled Venus, Salón de Belleza that featured Audrey Tatou on the cover, but she only had a minor role in this 1999 film.  The film was enjoyable, but nothing to write home about.

What follows are some thoughts that I wrote down soon after our arrival here in Valencia.  If you have been reading the blog for a while, some of this will sound familiar.  Today’s photos were all shot by Susan last Tuesday when all of Spain was celebrating El Día de la Constitución.

The Spanish terms enchufado and desenchufado have both a literal and a figurative meaning.  In their literal sense the mean plugged in and unplugged.  In their figurative sense they refer to having connections of some sort, usually political or financial, that can help overcome obstacles.  For me they have another meaning that helps me describe my relationship with both Los Angeles and Valencia and the feelings that are engendered by that relationship.  Before I go into any depth, let me confess that the idea of the bubble known as the car comes from Susan.  I expanded on the idea.

It will come as no surprise to both my American and Spanish friends that I feel more at home in Spain than I do in Los Angeles.  Part of the reason is that when I am in LA I feel unplugged.  Part of that feeling results from the fact that I am now retired and my daily connection with Westridge School has been severed.  I still visit from time to time and I stay up to date with that’s happening thanks to my friends on Facebook, but Facebook is no substitute for face-to-face encounters.  I do have a number of good friends in Los Angeles and we catch up every now and then, but, at best, we intersect once or twice a week.  In addition, it is difficult to feel plugged in when the world around you is encapsulated in their many bubbles.

The first bubble is the house bubble.  What I mean by that is, how many of us actually know our neighbors and interact with them?  We have lived at our current address for 25 years and we know three of our neighbors very well and there are three or four others whom we greet in passing.  Most of us spend most of our non-work hours in our houses, which has become our fortresses that protect us from a real or imagined hostile world.   The second bubble is the car bubble.  In Los Angeles you need a car to do just about everything.  I imagine there are some neighborhoods where you can take care of your daily or weekly food needs within walking distance of your house, but I have the feeling that there aren’t that many neighborhoods that fit that description.  When you are in your car you obviously cannot interact with the people on the street.  That underscores another issue; to whit there are very few people whom you see on the street.  There are pockets where the sidewalks are full of people, Old Town Pasadena as an example, but everyone is rushing to get somewhere and the possibility for any human interaction is minimal.  When you do have some interaction it is usually in some establishment and it is with the personnel of that establishment most of whom have no idea who you are no many times you have visited.  The bubbles serve as perfect protection from what is it that we value most as a society.  I will save that essay for a later date, but you probably already know what I am going to say.

The city of Valencia comprises 51 square miles, which is on a par with the city of San Francisco.  The parts of the city to which we travel on foot and frequent most for shopping, dining or cultural reasons comprise, at the most, 15 square miles.  We can get most anywhere we want by walking fifteen or twenty minutes.  Our longest walk is to the Ciudad de las Artes y Ciencias and that takes about a half an hour. No matter where you walk the streets are filled with people coming and going from shopping, with kids heading to and returning from school, friends on their way to meet friends at a café or a restaurant, tourists exploring the cities, and people doing their daily work.  The chances of running into someone you know are greatly heightened.  Along your way you will inevitably see several or many of the people with whom you transact business and you will greet them and have a brief or lengthy conversation with him.  On a good day I can chat with close to twenty people.  That number is halved on a “bad” day.

I see my magic friends twice a week at a minimum.  In addition to the CIVAC meeting on Mondays and the meeting of the veteranos on Thursday I will catch up with Pepe at least once more in the course of a week.  We see Brian and Ofelia on a regular basis and Zahava and Claus with less frequency.  We see our neighbors at least once a day and we exchange pleasantries.  We do not have a deep relationship with any of them, but they know who we are and vice-versa.

All businesses with which we have dealt still provide the personal touch, which has all but disappeared from most businesses in Los Angeles, with the exception of some high-end stores.  A case in point, last week we bought a new hair dryer at the nearby hardware store.  The clerk took everything out of the box to make sure that everything that was supposed to be there was there.  He then proceeded to plug in the hair dryer and test the two hot air settings and the cool air setting.  He then re-packed everything and told us that if there were any problem with the unit he would help us find a solution.  Once upon a time that’s the way it used to be in the States.  It is certainly not that way now.  For most employees customers are to be tolerated, at best, and ignored at worst.

As much as I miss my American friends, I feel much more at home here in Spain where the things I value are valued to the same degree and where personal interaction is still prized.  Given who I am and what I think and feel the degree to which I feel enchufado should come as no surprise.  For a while I thought that my extensive background in all things Spanish was what made me feel this way about Spain in general and Valencia in particular.  However, as I have more and more contact with non-Spaniards I discover that they feel the same way, too. 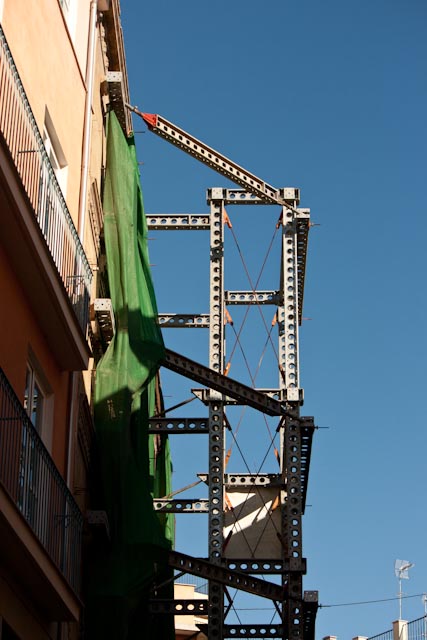 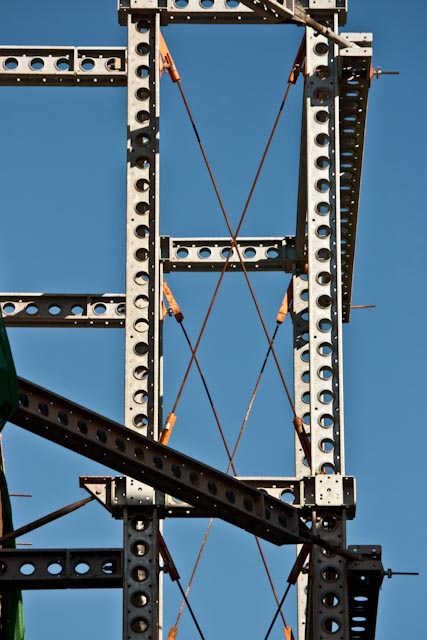 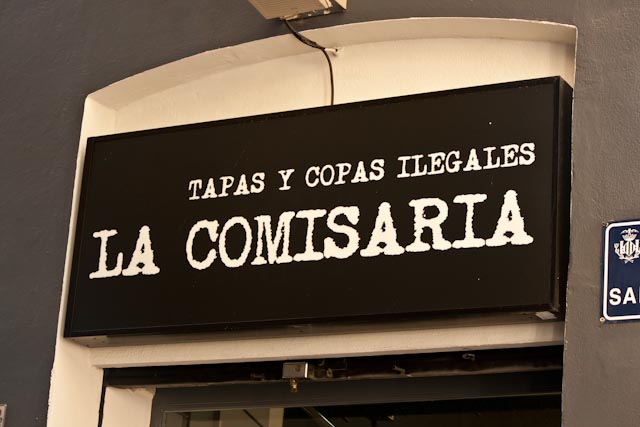 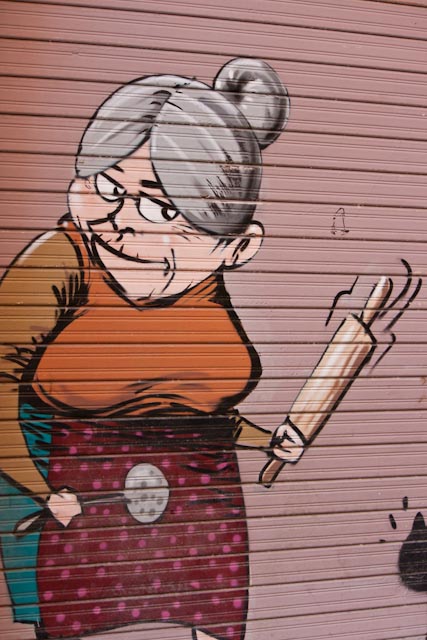 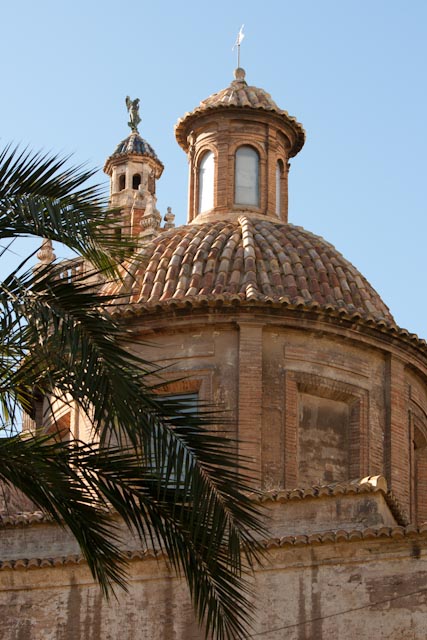 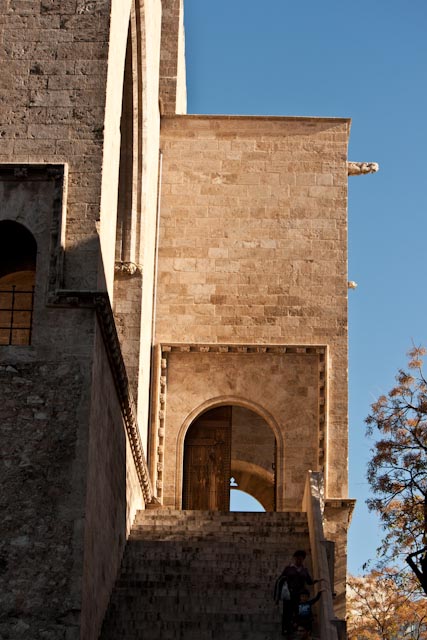 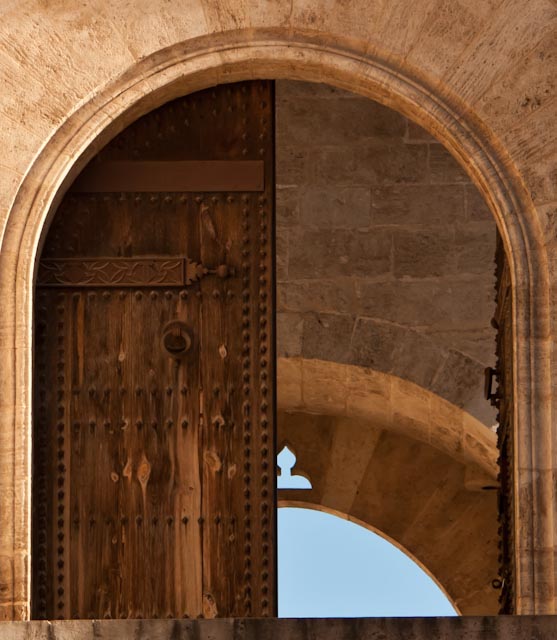 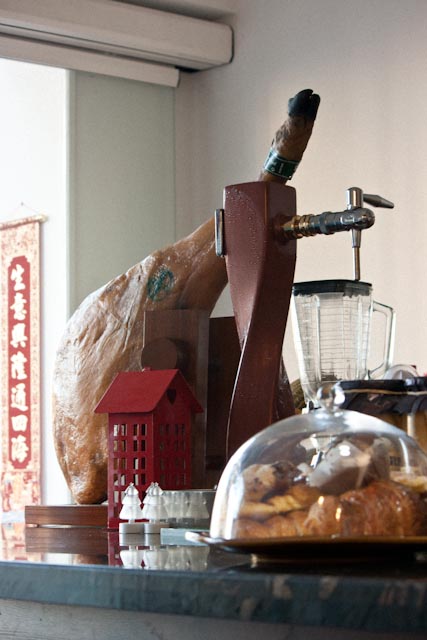 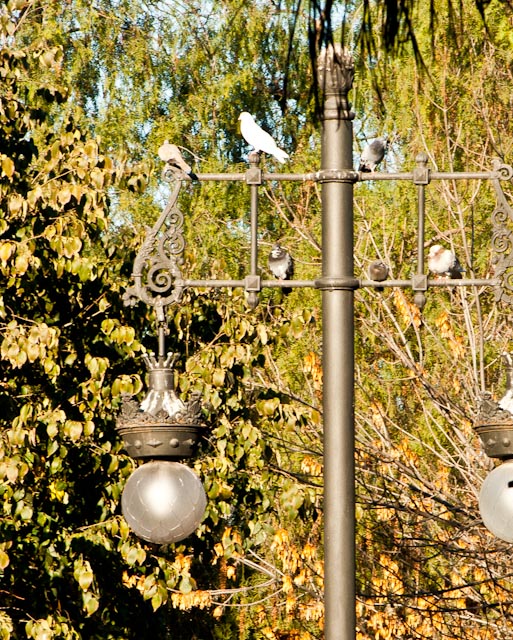 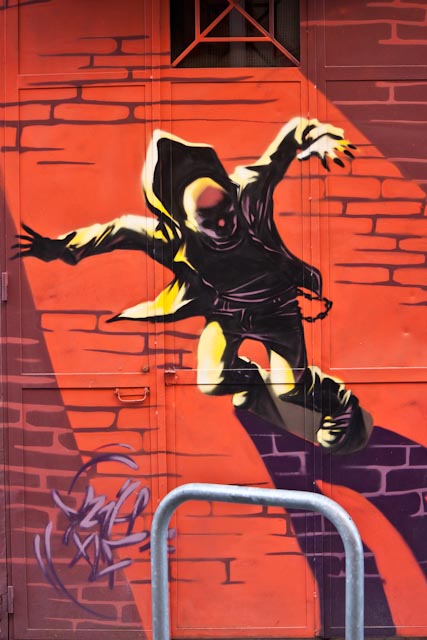 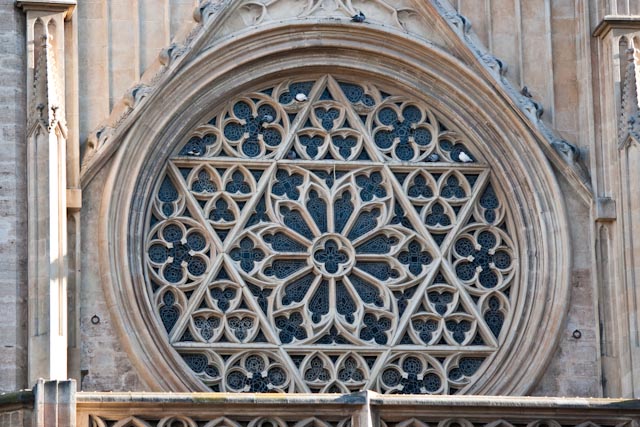 The Star of David stained glass window of the Cathedral. The Jewish merchants who sold their salt outside of the cathedral would see this Star of David when they came to work and when they left. 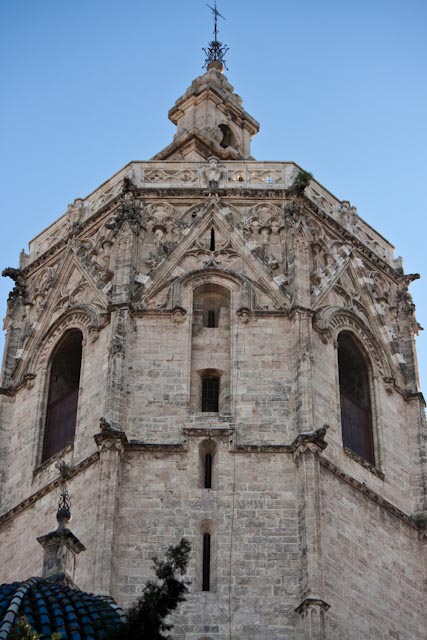 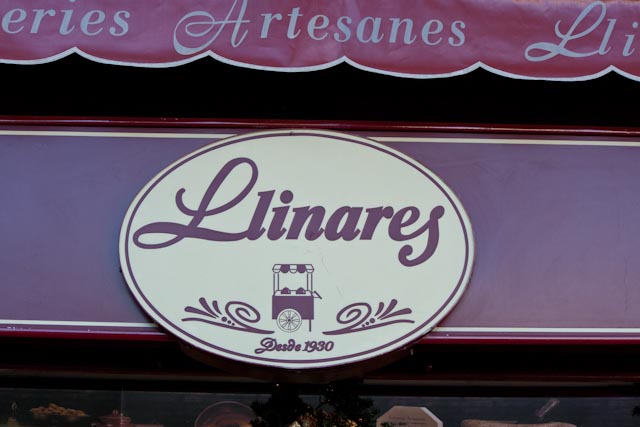 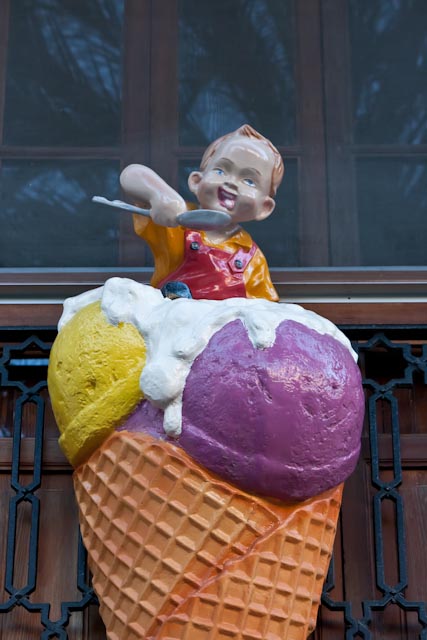 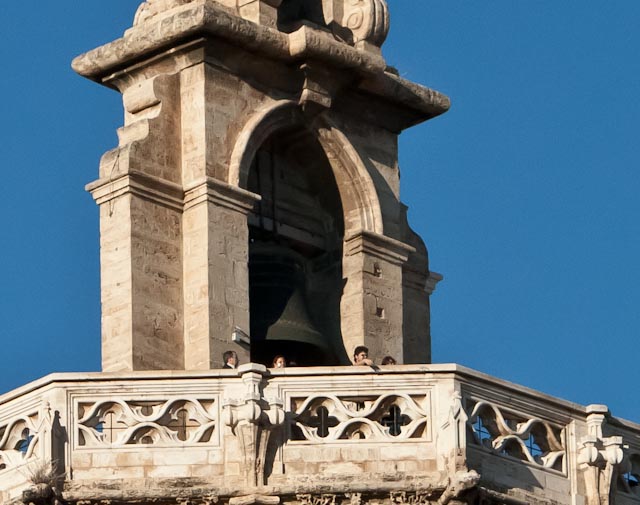 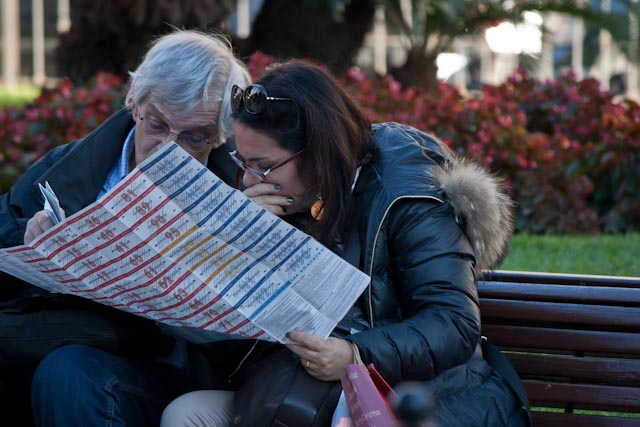 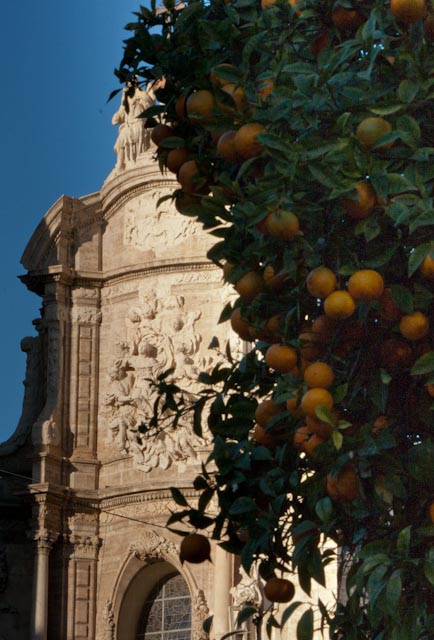 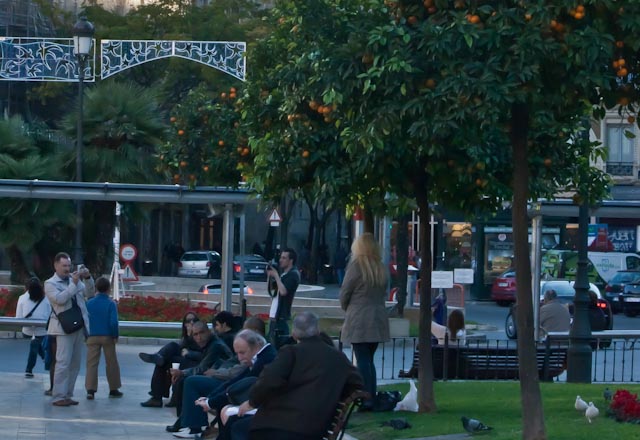 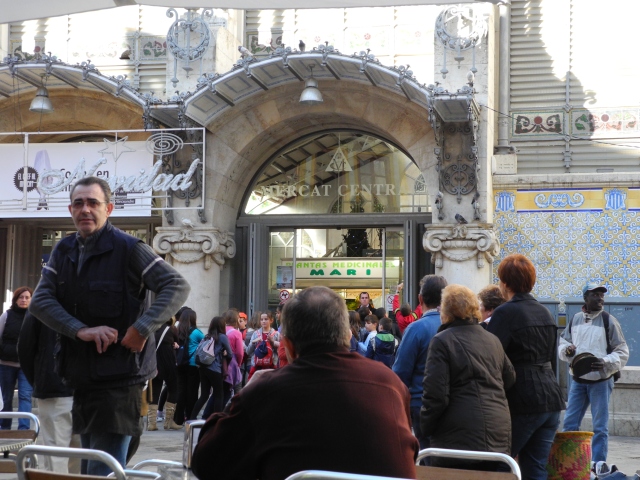 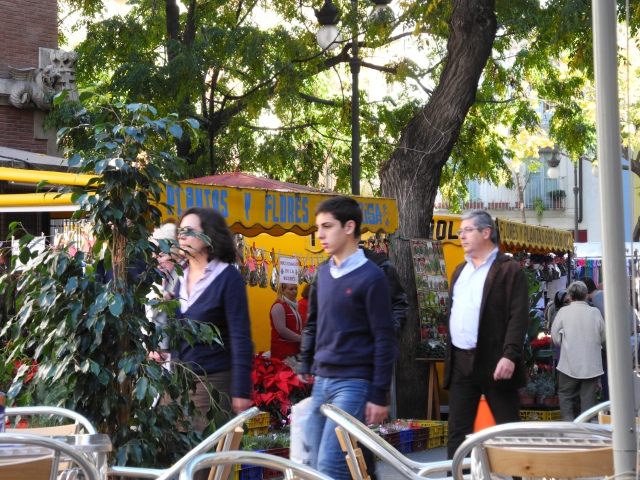 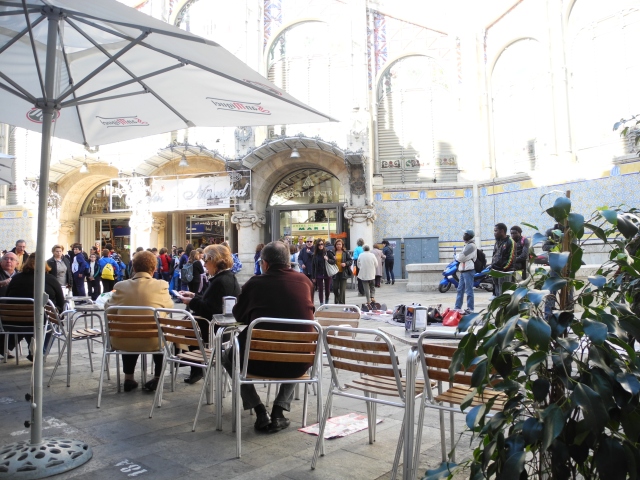 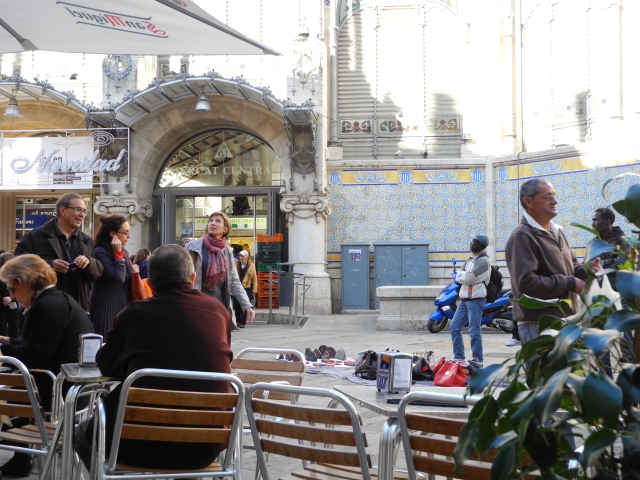