A week has past since Susan and I celebrated our 50th wedding anniversary. We decided to do something special and that involved returning to the city and the restaurant where we celebrated our 25th.

In making our plans we discovered that getting to San Sebastian was going to be a difficult task. Connections from Valencia either through Madrid or Barcelona via rail were a bit complicated. Airfares were obscenely expensive. Putting our thinking caps on we came up with a solution that, in the end, worked out well.

Thursday at 10:30 we boarded a train bound for Barcelona. When we arrived we took a cab to the Ayre Gran Vía Hotel and checked in. Since we had a 3:00 PM reservation at a nearby restaurant we left our bags with the front desk and had a taxi take us to a fusion restaurant called Pacífico y Sur that combines Peruvian cuisine with Asian influences. It was one of ten restaurants featured in an article that appeared in the newspaper ABC.

The space itself is rather spare with very few wall decorations. It is in an older building as evidenced by a toiler that has the flush tank suspended from above. The quality of the food and its presentation is in stark contrast to the plainness of the restaurant. The restaurant is owned by Paco Toledo who is originally from Chile, but has lived in Spain for a number of years.

We had our choice of the menu of the day or a tasting menu and we opted for the 20 Euro tasting menu. We started with a croqueta, that was followed by a causa Nikkei (a base of cold mashed potatoes with a center well filled with raw tuna and avocado), ensalada de escabeche Nikkei (a lettuce salad with small pieces of pickled fish), ceviche, a Japanese style beef and noodle dish and a small wedge of lemon pie for dessert. We opted to have coffee elsewhere and left very satisfied with our new discovery.

On our way back to the hotel we stopped at Barcelona’s bullfighting ring that has been converted into a mall. It has four different levels and includes a multiplex cinema, the usual suspects that one finds at a mall and a number of restaurants. Architecturally it is quite interesting, but since I am not a great fan of malls I just enjoyed the architecture.

When we returned to the hotel we rested for a while and in the early evening we went for a walk. Along the way we stopped for a tapa or two and were back at the hotel by 9:30. Since we needed to get up early the next day to catch the 7:30 train to San Sebastián we made an early night of it.

On Friday we arrived at the train station in time to have a quick cup of coffee. We boarded the train and five and a half hours later we arrived. There were no taxis outside the station and we had to wait a good twenty minutes before we got one. It took some fifteen minutes to get to our hotel, the Codina, and after finishing the details of registration we headed up to our room.

As part of our planning for this weekend I had written the hotel far in advance and had asked them for the best room in the house. I was not disappointed when I walked into the room. We were on the top floor in a triangular shaped room that had a raised sitting area and an enormous terrace that offered vistas of both the mountains and the sea. There were floor to ceiling windows and that made the room light and airy. Anniversary weekend was off to a good start.

That evening we caught up with two friends from Valencia who are now living in San Sebastián and will be opening their new restaurant in some four to six weeks. Arif and Alex were the former owners of Basílico in Valencia and were two of the pioneer restaurateurs in the Ruzafa neighborhood. They took us to one of their favorite bars where we found an outdoor table. We ate, drank and chatted for a good three hours and rather than walk back to the hotel we flagged down a cab.

We slept in on Saturday and after a light breakfast, we headed back to the hotel to get showered and dressed for our anniversary meal. The forecast was for rain, however it was only overcast when we headed out. As many of you know we had celebrated our 25th anniversary at Akelare and had an unforgettable dinner replete with wine and champagne. In the intervening 25 years it has become a three star Michelin restaurant and it features tasting menus.

A reservation at Akelare in August is almost impossible unless you have reserved in advance. We had and, as expected, the restaurant was full. Susan and I chose different tasting menus. There is a scan of the menus among the pictures. In honor of our celebration we ordered a bottle of a 2005 Remelluri Gran Reserva. We finished of our meal with champagne and chocolate. We spent a memorable four hours at the restaurant and before we left we had a chance to chat with the owner chef, Pedro Subijana.

The rain held off until 10:00 that night at which time all hell broke loose. It was a spectacular storm with thunder and lightning and from out vantage point in the hotel we got to witness the storm close-up and personal. We went to bed a little after midnight hoping that the weather forecast for morning rain would be wrong. It was.

Sunday was a brilliantly sunny day with temperatures in the low 80’s. We decided to walk the length of the beach and that took a good half hour. We stopped off at one of the bars in the old part of town and enjoyed a number of tapas. That turned out to be our lunch. We spent the rest of the afternoon walking leisurely back to the hotel.

In the evening we visited Bar Pepe that was a short distance from the hotel. We had a few tapas and a glass of wine or two. We then returned to the hotel to pack our bags and to get ready for another early morning with a 7:30 train.

The train ride from San Sebastián to Barcelona was close to six hours and after a quick lunch we boarded the 3:00 PM train to Valencia. We unpacked and collapsed having enjoyed a spectacular 50th anniversary four-day weekend. 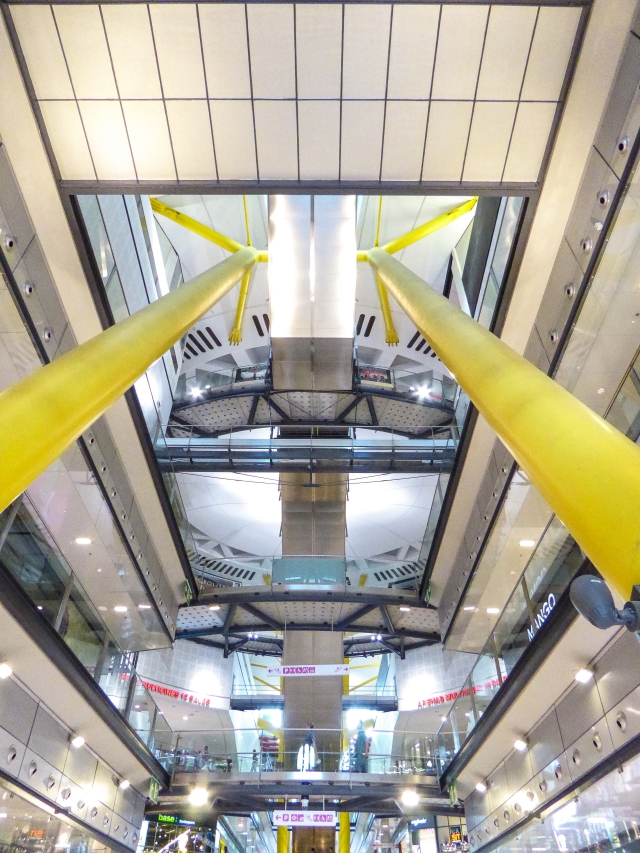 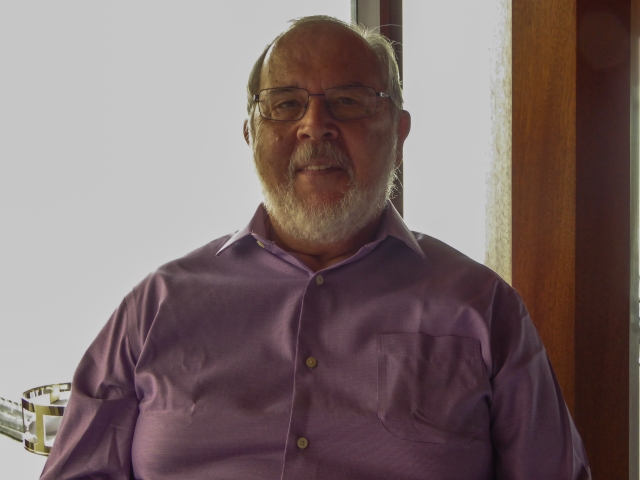 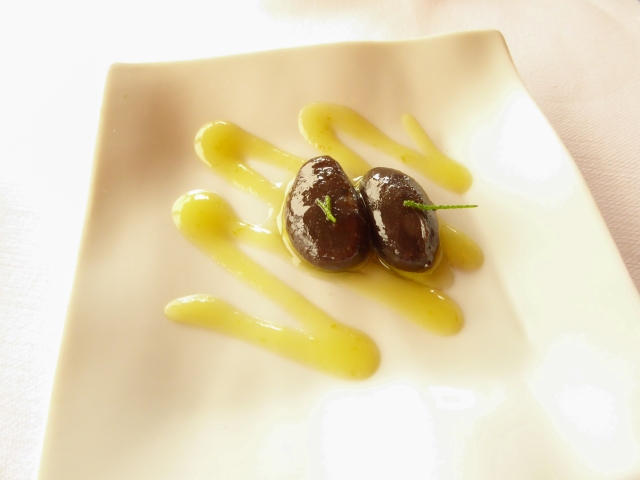 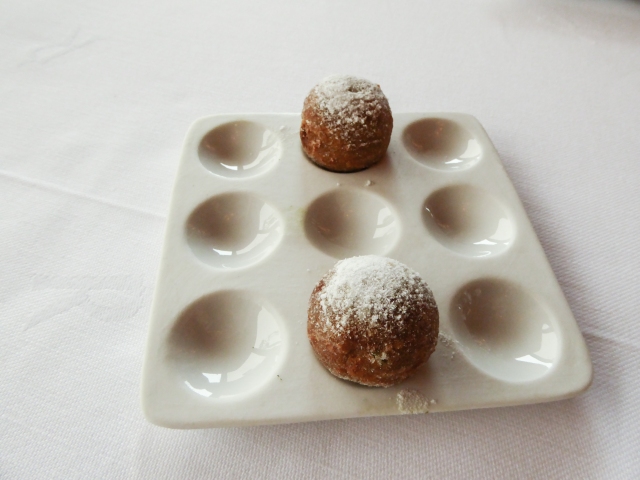 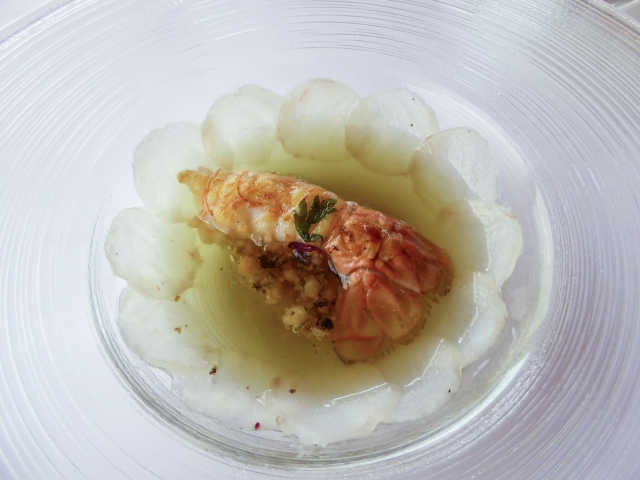 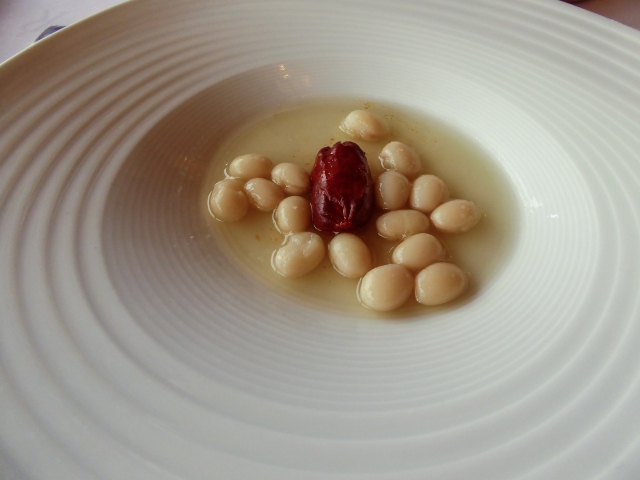 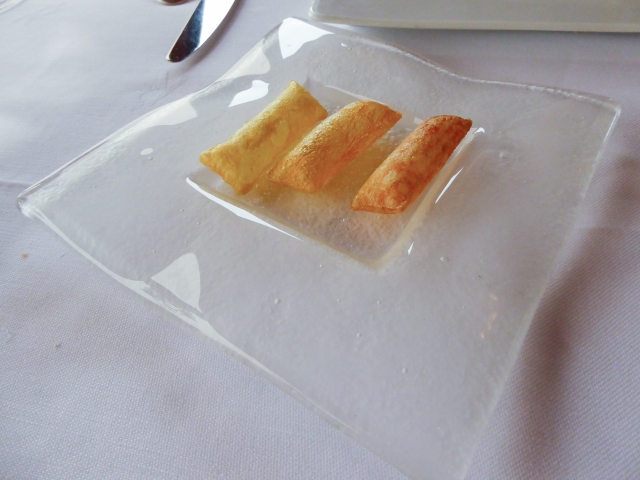 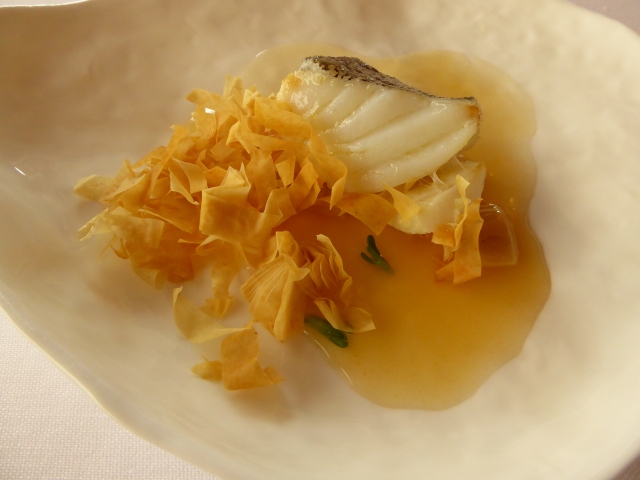 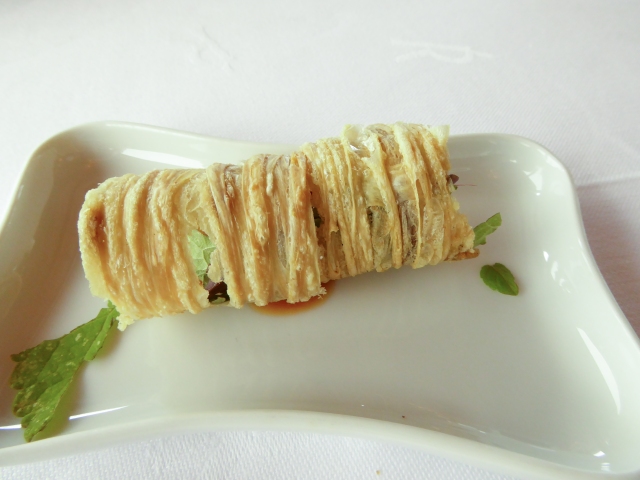 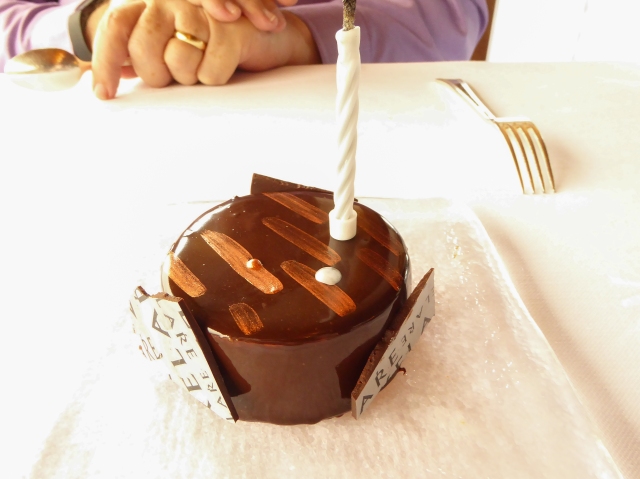 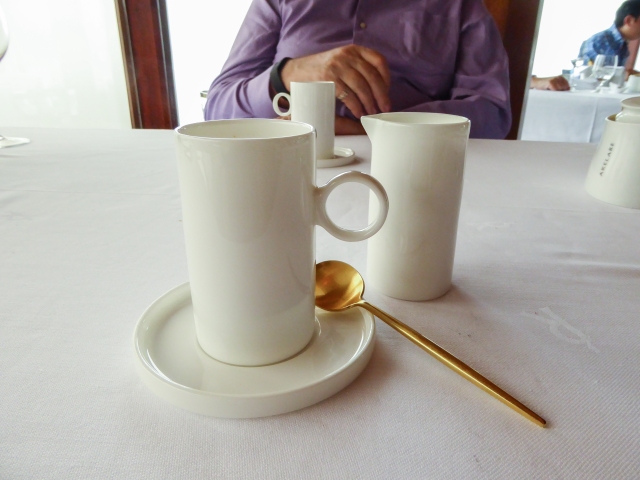 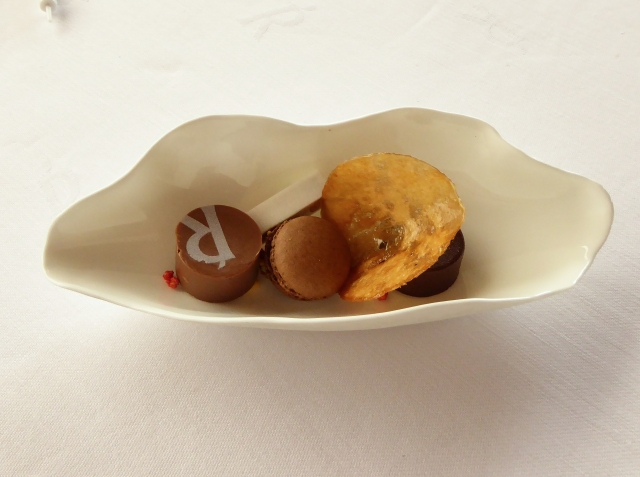 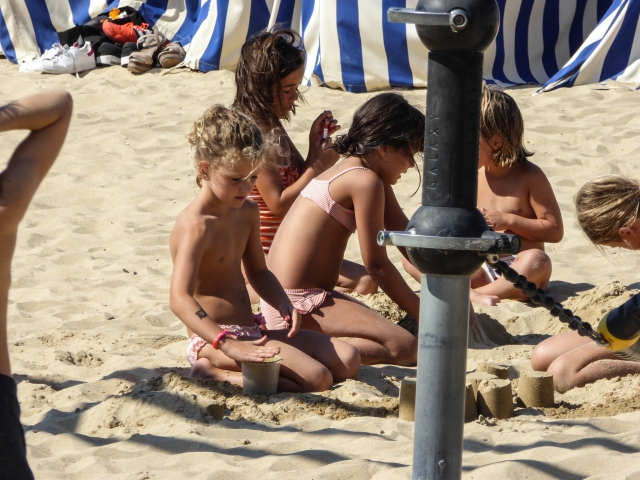 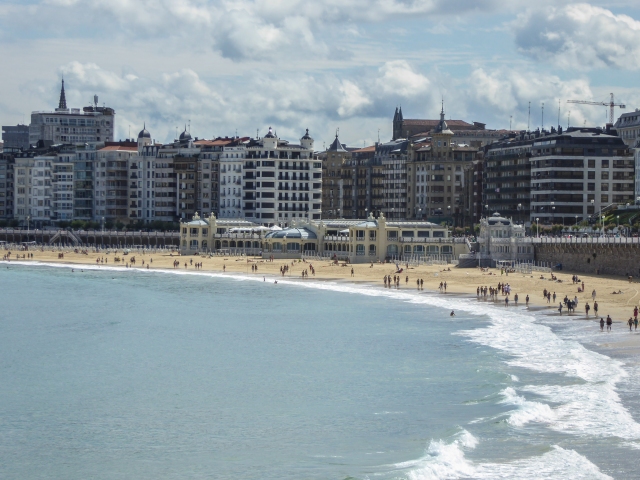 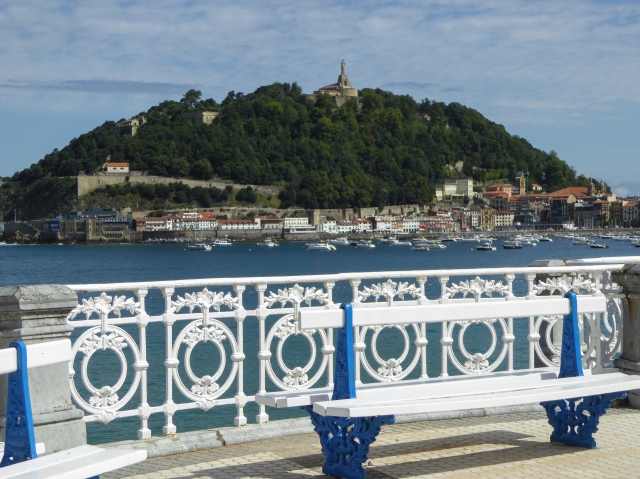 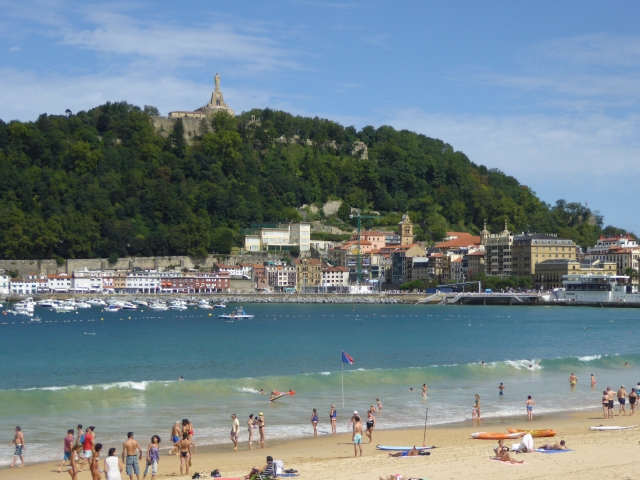 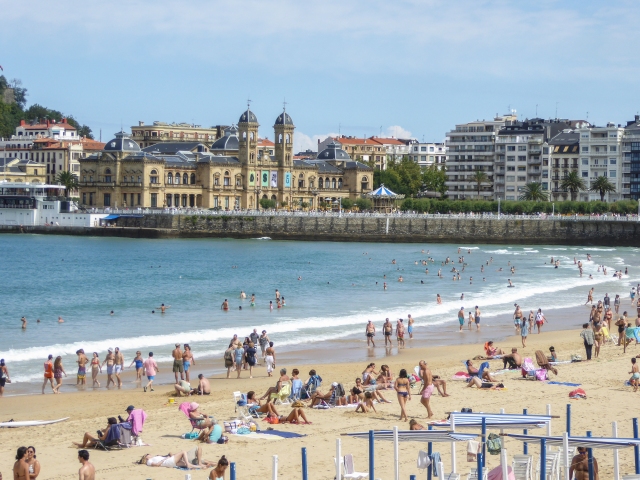 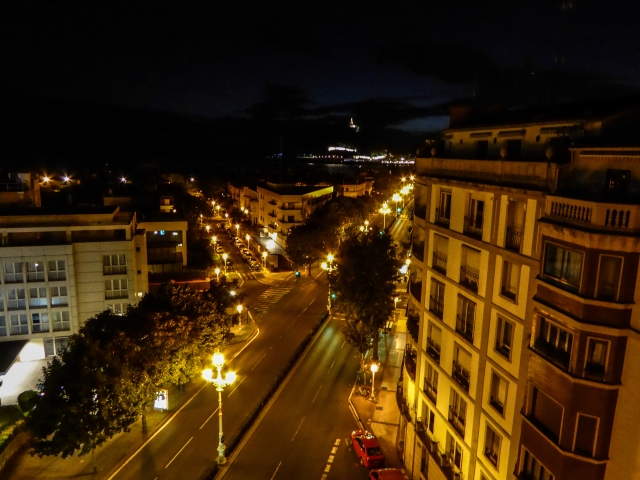 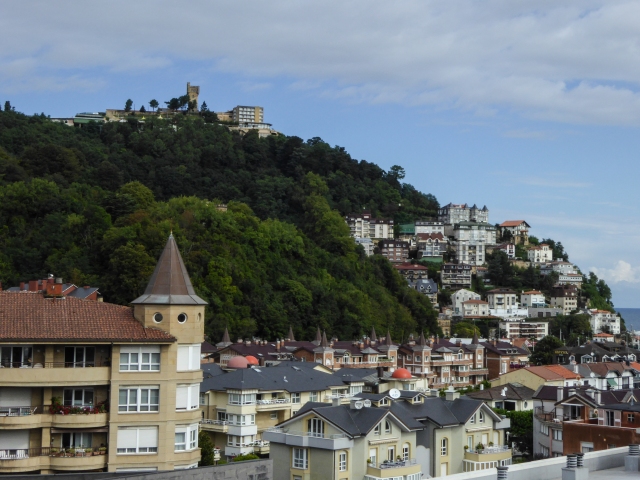 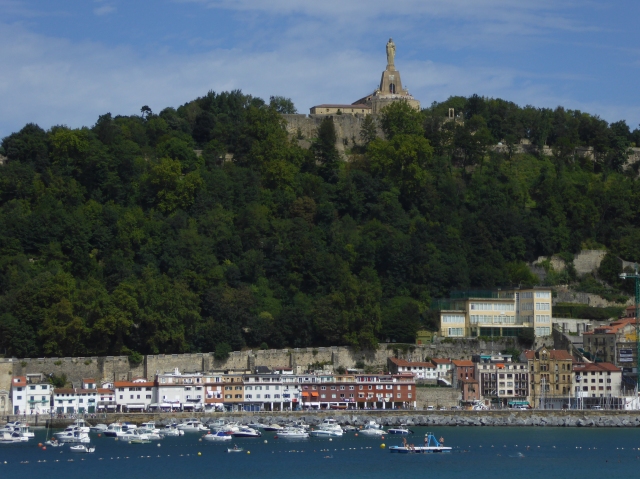 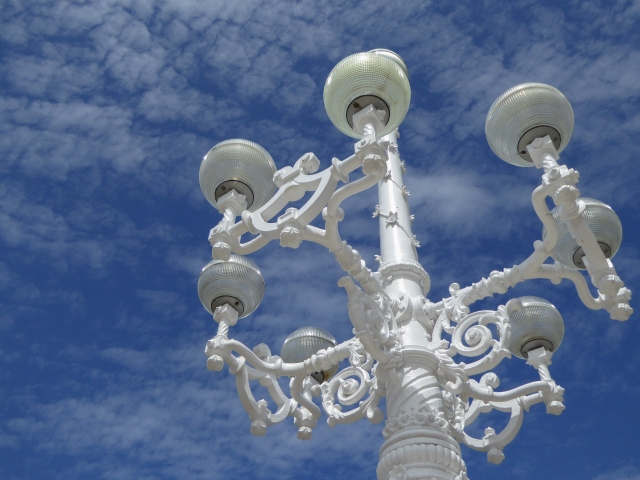 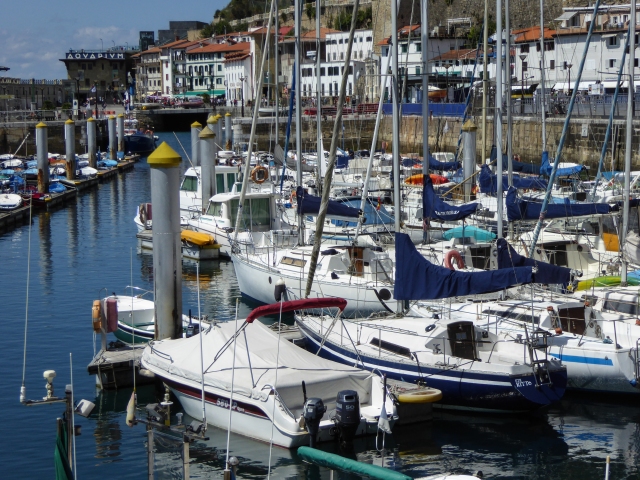 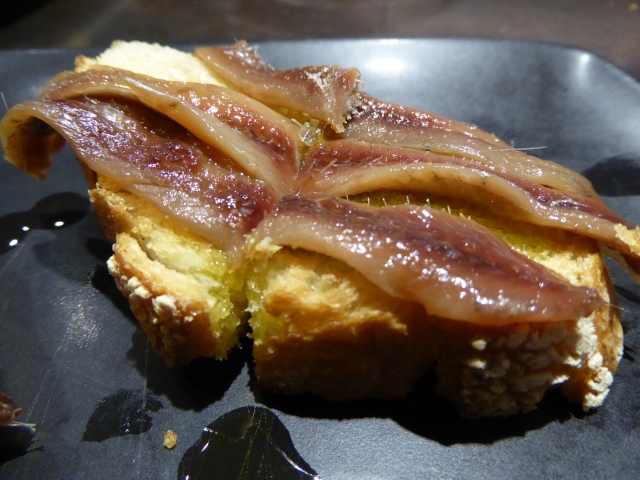