The temperature is in the 70’s and the wind has died down.  It was sunny yesterday, but the wind did occasionally pick up and that was especially evident yesterday when we were looking at the Ninots that are on exhibit at Nuevo Centro.  The exposition is housed in a series of tents and when the wind blows, just about everything rattles.

Ninots are the figures that are part of the fallas that will go up the first week in March.  A falla can be as high as four or five stories with a multiplicity of Ninots.  As you may recall, all the fallas are burnt to the ground on the last day of the celebration.  However, there are two Ninots that are spared from the conflagration.  One of them is a smaller figure and the other is a larger figure.  When you tour the exhibition your entrance fee allows you to vote for the best small and large figure.  It is this public vote that decides what Ninots will be spared.

We visited the exhibition after our lunch yesterday.  We tried what was a new restaurant for us.  It is called Mulandhara and it is located a couple of blocks away from the Cines Yelmo.  Pepe and Salva had eaten there and Pepe recommended the place very highly.  We thought Valentine’s Day would be the perfect time to try it out.

The restaurant has been in existence for two years.  Its feel is rather modern with a lot of black and chrome.  There were four different menus available and we chose the one that offered us four different shared appetizers, an arroz meloso with lobster and a mango and cheese pudding for dessert.  Since it was a special occasion we ordered a bottle of cava to go along with the meal.  There will be a picture of the bottle further down in this post.  We began our meal with a salad that featured a variety of lettuces, green garlic, goat cheese and shavings of jamón serrano. The other appetizers included a croqueta, a square of focaccia, and a salad of grains that included barley green garlic and chicken.  There was an additional appetizer that featured goat cheese, but the other ingredients escape me at the moment.

The arroz meloso was studded with mushrooms, squid and baby shrimp and on top of all sat a whole Atlantic lobster that had been whose meat was made very accessible by judicious cuts of the knife and the application of a nutcracker to the claws.  The dish was exquisite.  That is the only adjective that comes to mind.  We finished our meal with the pudding and a cup of coffee.  The bill for this feast, including the bottle of cava that cost 26 Euros, was 70 Euros.  The Spanish expression “Aquí se vive bien” certainly applies to yesterday’s adventure.

Later in the evening I attended a planning meeting for the 24 HORAS and things are fitting nicely into place.  The whole event will take place at a space called La Rambleta, which in addition to having a restaurant and a variety of meeting places has a 600-seat auditorium.  The 24 hours, as it turns out, is a misnomer because events will start at 9:00 PM on Friday and will not come to a conclusion until 8:00 PM on Sunday.  I was back home before 11:00, but we did not get to bed until 1:00. 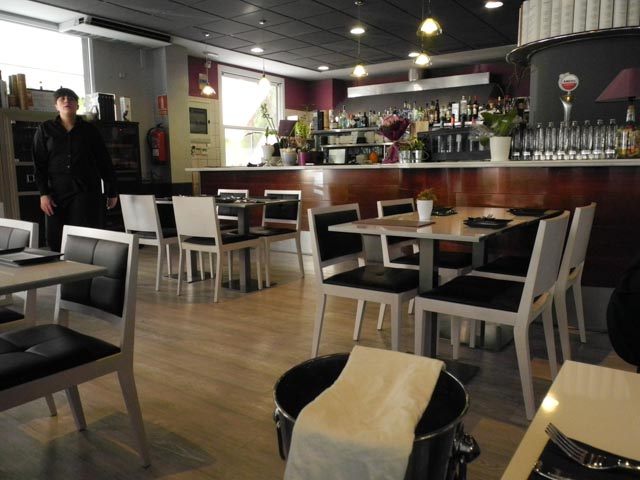 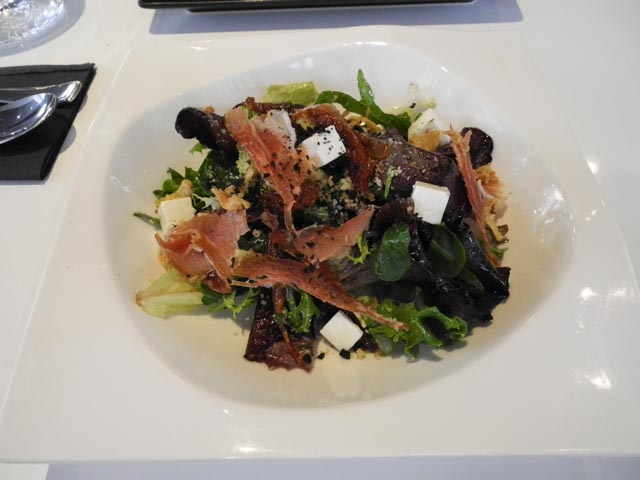 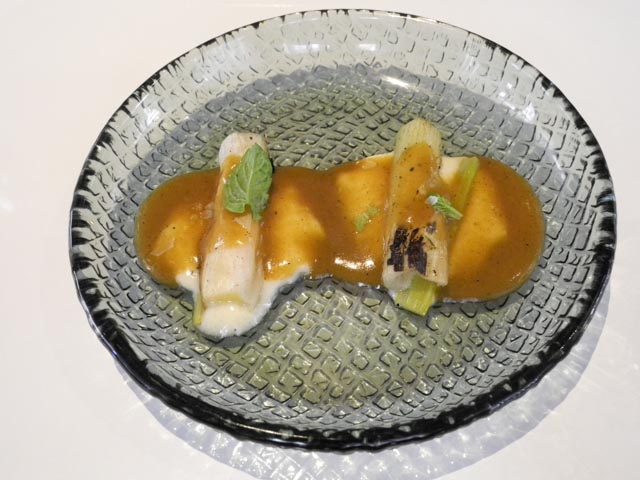 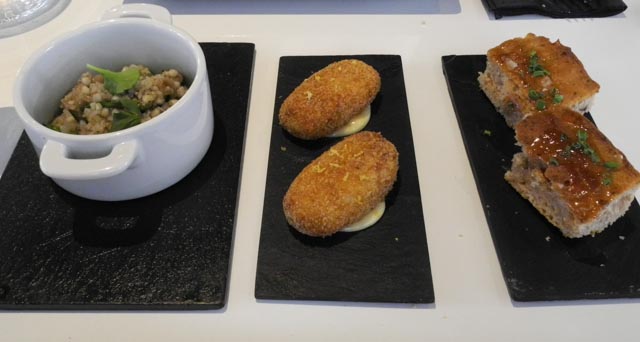 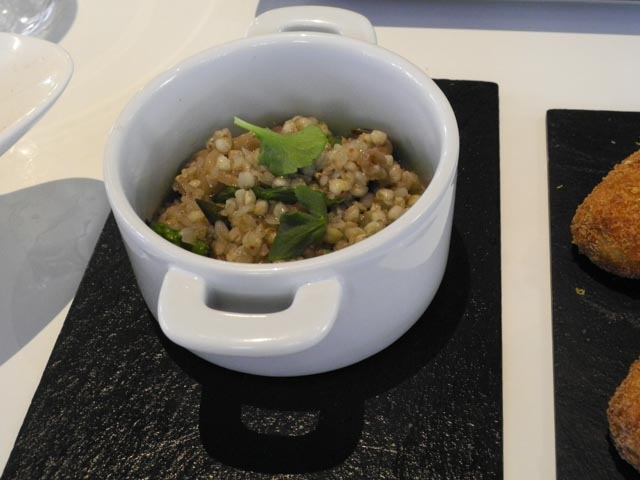 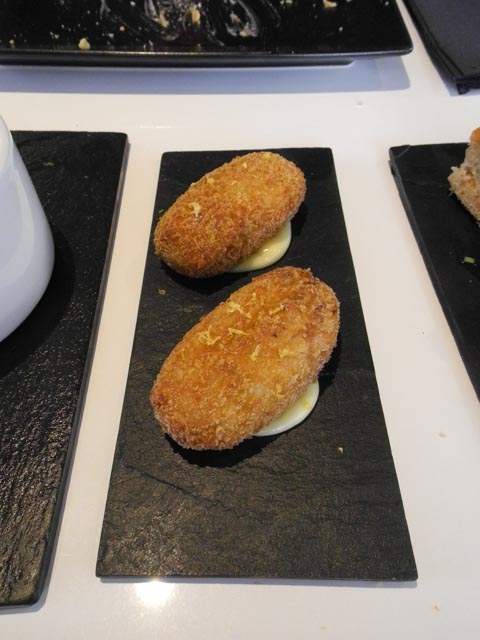 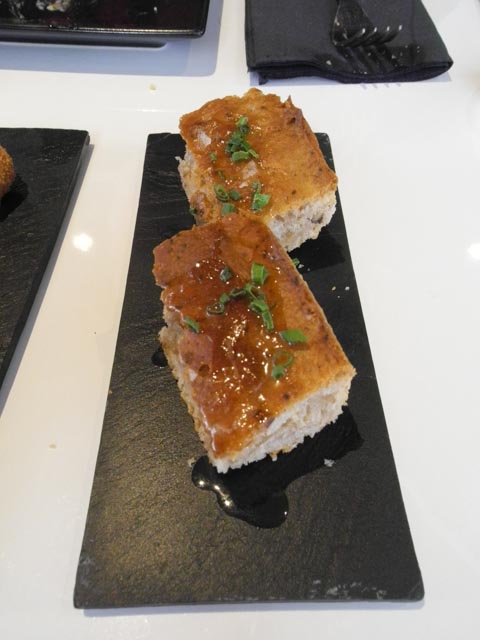 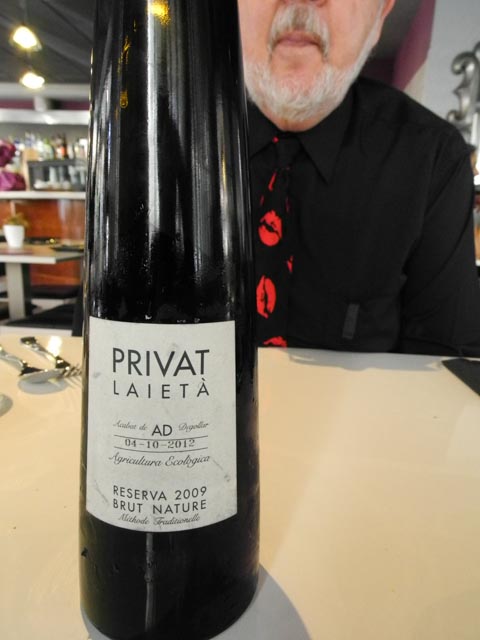 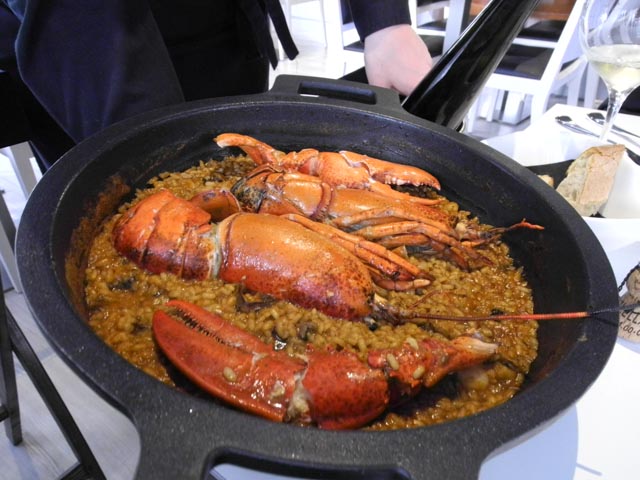 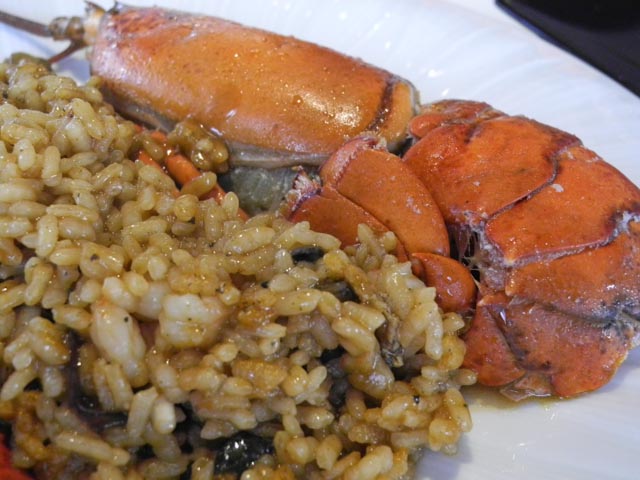 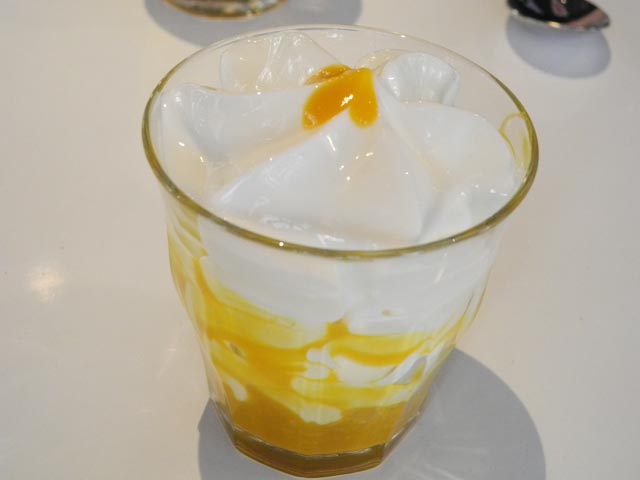 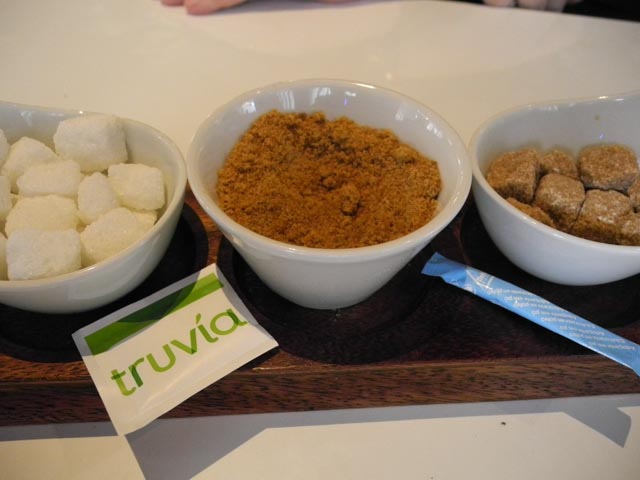 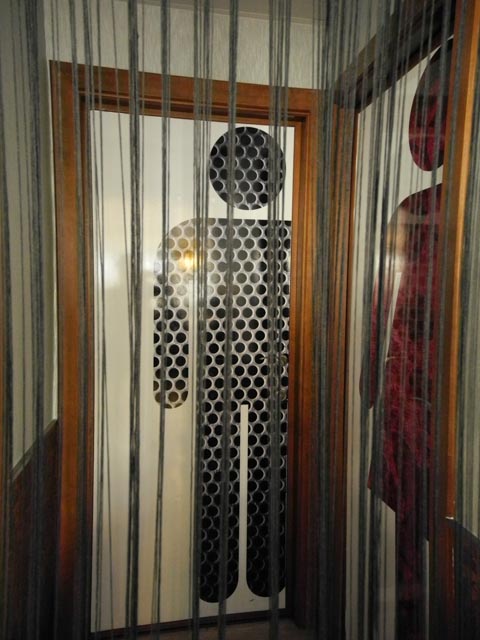 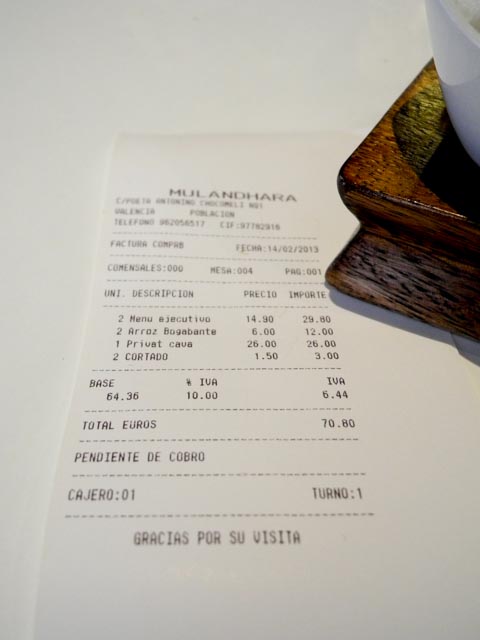 This entry was posted in Uncategorized and tagged Marty kaplan, Mulandhara, Ninot, Valencia. Bookmark the permalink.