King For A Day!

Posted on January 7, 2013 by martykaplan

The holiday season in Spain ended yesterday with El Día de los Reyes Magos.  In the spirit of celebration, Susan and I decided to go out for lunch and a movie after lunch.  We decided that we had not been to A Nou for a while and so I called to make sure that they had room for two.  Indeed they did, so off we went.

Given that it was a special day, there was a special menu.  It consisted of four appetizers, a choice of main course and a double dessert.  We began our meal with a coca filled with anchovies, which was followed by a tomato salad with a humus dressing and topped with spirals of Serrano ham.  Our third appetizer was a plate of calamares a la plancha, gambas rojas and gambas al ajillo.  Our last appetizer was another style of coca topped with rabo de toro.  Each appetizer was outstandingly delicious and the four of them caused us to anticipate our approaching arroz with a bit of trepidation.  The arroz de señoret is a paella in which all the shellfish has been removed from their shell and that makes the dish less messy.  We made a brave attempt to put a substantial dent in it, but the arroz was the clear winner.  The good news is that there is always room for dessert.

Our first dessert combined a pastry with a yoghurt cream, dried fruit and a small scoop of pistachio ice cream.  While we were enjoying our coffee, Javi delivered a slice of roscón de reyes, which is a traditional sweet on Epiphany.  It is somewhat on the idea of the New Orleans king cake, but there is no sprinkling of garishly colored sugars.  However, there is a little king baked into the concoction.  I got the half with the king and Susan got the dried bean as her consolation.  The bean meant that Susan was supposed to pay for the meal, but the house, as usual picked up the bill.  Our feast, which included our beverages, came to 60 Euro and that was a bargain.

From A Nou we made our way to the Cines Yelmo to see the 3D version of The Hobbit in its original language version.  The theater was largely empty.  I think there were seven of us all told.  The film was enjoyable, even if it was overly long.  My knee started to complain at the two-hour mark, but it and I managed to survive.  We walked home from the movie and spent a rather uneventful evening.

In all the time we have been in Valencia we have never made it to Casa Montaña, which is one of the two Valencian restaurants featured in Mario Batali’s series Spain: On the Road Again.  The other was La Matandeta, where we celebrated Ofelia’s birthday last year.  Casa Montaña came up as a topic of conversation during Susan’s party on Friday since it one of Zahava and Klaus’ favorite restaurants.  So today, a little after 2:30 we found a cab who took us to the port area of Valencia and to the restaurant.

The restaurant itself is quite small and is divided into a bar area and a dining room.  We ended up sitting at the same table as Mario, Gwyneth and company.  We discovered this when we chatted with the owner who was featured in the episode.  Our goal was to sample the menu and, to that end, we ordered smaller portions of everything.  We began the meal with some incredible anchovies.  Anchovies in Spain are not the same animal that we tend to get in the States.  Whereas I never ate anchovies in California, if a restaurant here is know for them I will order them.  We then sampled some habas estofadas, marinated tuna, patatas bravas unlike any other we have eaten, pimientos de padrón, chistorra and a touch of brandade.  All the preparations were simple and not fussy.  The quality of the ingredients and the careful preparation was what shone through every dish.  I had a chocolate truffle for dessert and Susan opted for the tarta rusa.  Two coffees to finish the meal and we were back on the road again.  We will visit here again. Here is a link to the episode that features the two restaurants that I have mentioned.  http://www.youtube.com/watch?v=vE9DjaAaWrs 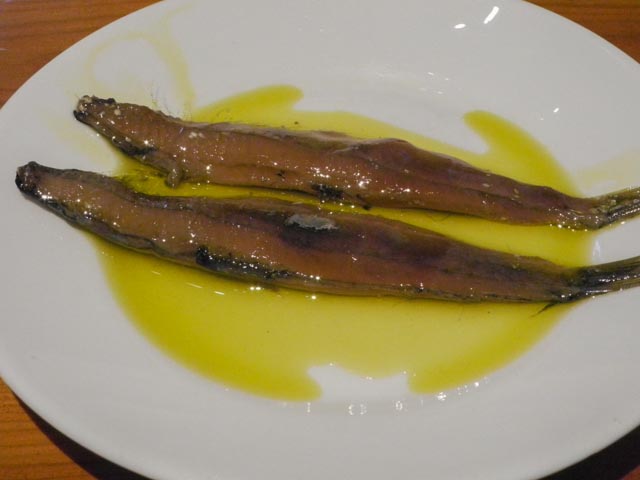 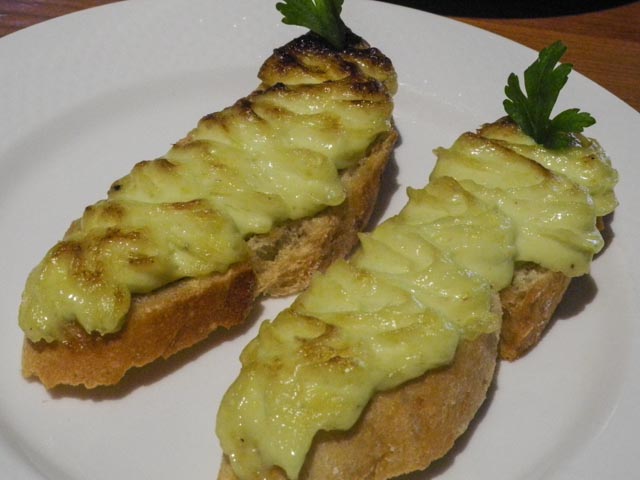 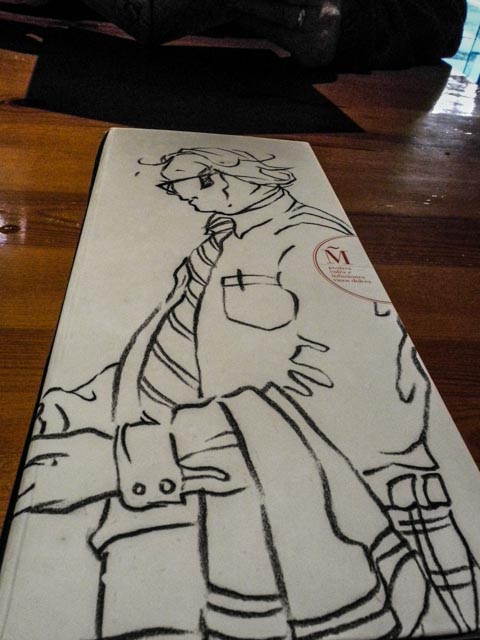 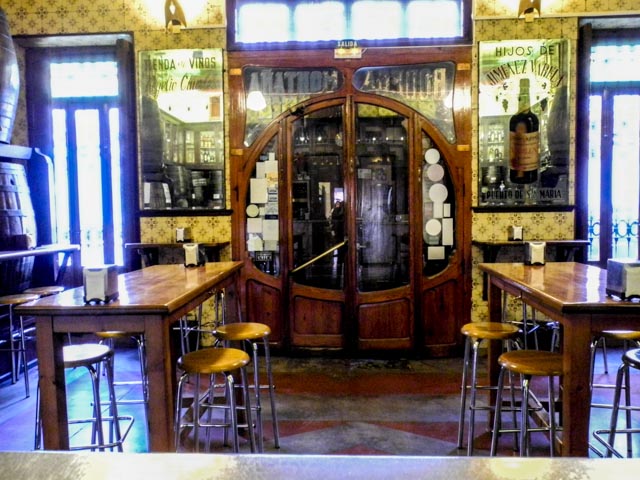 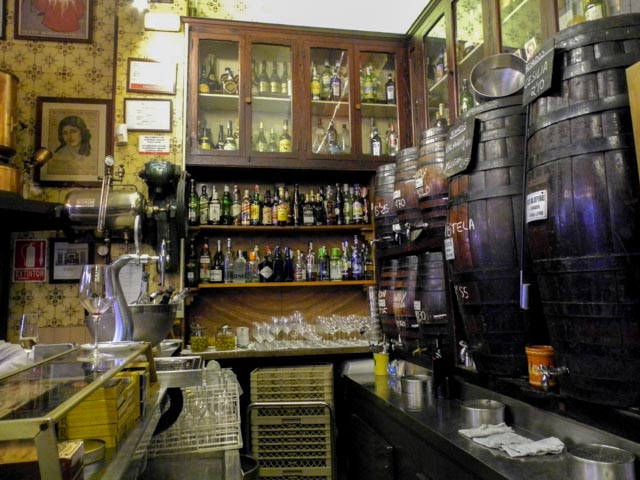 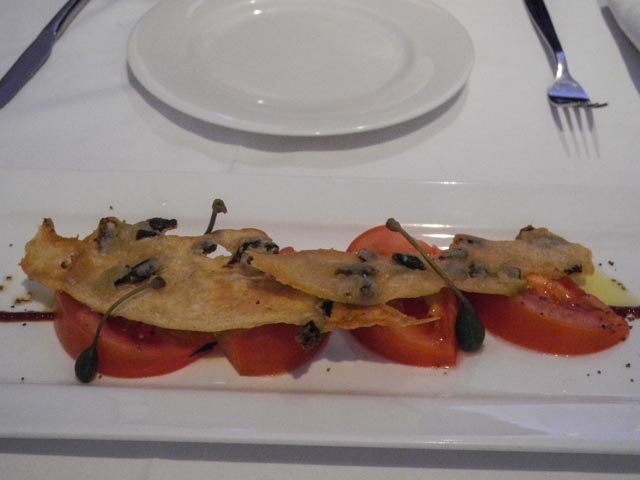 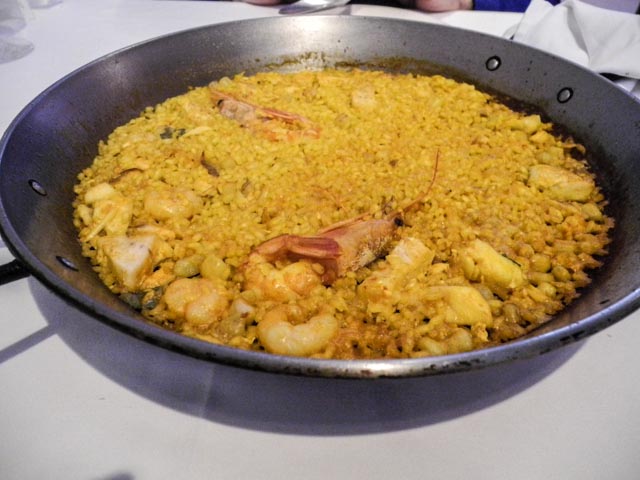 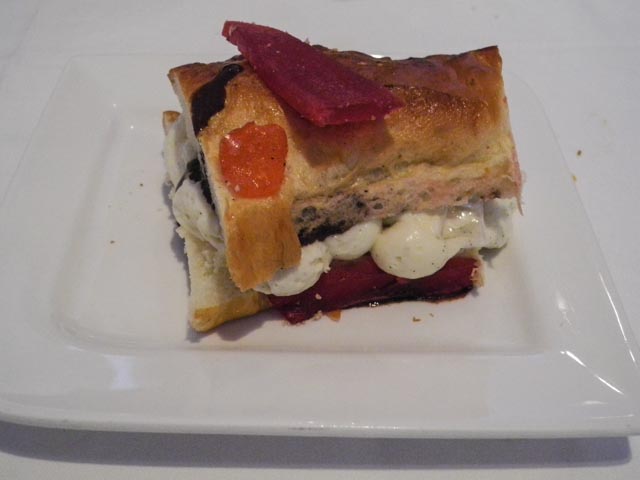