Yesterday we walked to Taste of America and picked up some bagels.  Tuesday when we stopped at Solaz we picked up some freshly made chive cream cheese.  Yesterday we stopped at a nearby appliance store and picked up a toaster.  This morning Susan slipped out to the Central Market and bought some smoked salmon at Solaz and then paid a quick visit to our friend Luis to get some capers.  All that was needed now for a regal feast of bagels and lox was a sliced tomato and sliced onion.  We slipped the bagels into the toaster and two minutes later they emerged perfectly toasted.  We layered the bagels with all the goodies and simply enjoyed a treat we have all to infrequently.

Yesterday we had lunch at La Fórcola with a two-fold purpose in mind.  In addition to having lunch, Susan wanted to set up a time for next week when she could interview Antón and get some shots in the kitchen as things are getting prepared for lunch.  Our lunch was rather simple.  We split a salad and then we each had a small steak.  It turned out to be just right for a hot day.  The restaurant was jam packed when we arrived, so we had a beverage at the bar while we waited for a table to become available.  Susan will do her photo shoot next week.

Last night we went to the Palau de Múdsica to hear the Sedajazz Big Band in concert.  They were presenting their new album HORN FLAKES.  As I mentioned in yesterday’s post, we had heard the band once before and were looking forward to the concert.  As it turned out, we were not disappointed.  We managed to get seats in the sixth row and had a bird’s eye view of the goings on.  The crowd was rather eclectic with as many younger people as older ones.  I would say that the Sala Iturbi was at 90% capacity.  The concert started promptly at 10:00 and when the first strains of the title song hit our ears at full blast we knew that we were in for an exceptional night of big band jazz.

The concert lasted a full two hours and when it ended we made our way into Cánovas in search of a place to have a bite.  We ended up at Aquarium, which is an old-fashioned bar that has actual waiters and barmen who have been at their profession for thirty years or more.  I ordered a beer and Susan opted for a gin and tonic.  It was too late to get hot food, so we settled for a bag of chips and two small ham and cheese sandwiches.  Our hunger and our thirst sated, we hopped a cab back home.  It was close to 1:00 when we walked through the door.  We spoke with Rachel via FaceTime and soon thereafter we went to bed.

Here is a link to The Sedajazz Big Band in concert a few years ago.  I hope you enjoy it.  http://www.youtube.com/watch?v=KOsIv51i5aI&feature=related 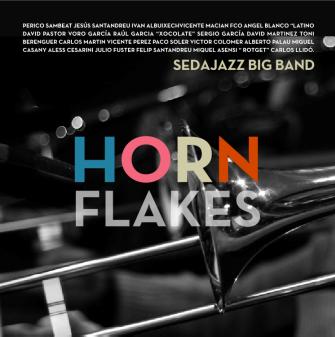