We’re Moving On Up!

The movers arrive seven minutes early and proceeded to load all our belongings on their van.  Susan headed out a few minutes before they finished so she could open the door for them when they arrived at our new address.  The movers were courteous and efficient.  Granted it was a short move, but everything arrived and arrived in A1 condition.   They were gone by 10:15 and with the exception of a break for lunch we have been unpacking up until now.  My magic is organized and put away and Susan has done a yeoman’s job of getting the other areas in order.  She has just about finished and I need to put away my clothes.  That will have to wait until tomorrow.

Saturday is just a blur.  I know we spent some time bringing a few things over to the new place. Susan took a luxurious bath in her new tub and I just took life easy during my next to last day as a resident of Calle Borrull.

Sunday morning and afternoon saw us at the new place.  We mainly relaxed and I took a nice siesta on one of the guest room beds.  My interest was purely scientific.  The mattresses are Tempur-Pedic mattresses and they are really comfortable.  We headed back to Borrull around 5:30 to finish packing and to get ready to go out and watch the final of the Eurocup.  Jordi was throwing a little party for his friends and we were on the guest list.

We were supposed to arrive at 8:45, but we were running a bit late.  Ironically as we approached the restaurant the spectators, all of whom were seated at the outdoor tables, erupted into deafening cheers as Spain scored their first of four goals.  As we drew closer we saw the Handelsmans – Melanie, Andrew, Tommy and Robbie.  Andrew is leading a group of Woodberry Forest students on a summer immersion trip to Spain.  They arrived in Valencia last Friday after spending close to two weeks in Andalusia.  They are in Valencia for ten days and then they head off to Madrid.

I have known Melanie forever.  I taught her my first year at Westridge.  She was 7th grader.  I was also her advisor.  I taught her again the following year and several other times as she made her way through the upper school.  She accompanied Susan and me to Spain when we began to organize trips for Westridge students during Interim.  I was instrumental in her being hired as a teacher at Westridge and I also introduced her to her husband, Andrew.  Andrew was a colleague of mine for a number of years when he taught at Westridge and when he was offered a position at Woodberry it turned out to be the right offer at the right time.

Tommy and Robbie are two of the cutest and nicest kids.  Tommy is nine and Robbie is seven.  They are both excellent students and excellent athletes.  They have had the opportunity to travel to Spain several times and, as we well know, that experience will pay future benefits.

Melanie and Andrew had saved us a couple of seats and we took our places and proceeded to catch up.  The game was exciting and the food and drink was never-ending.  There were mussels, croquetas, patatas bravas, filets of fish, razor clams, steak and shrimp.  There was beer, wine and sangria at our table and to celebrate Spain’s victory Jordi made everyone a Rum and Coke with an amazing thirteen year-old rum.  As the game progressed the noise level increased and when the game ended everyone erupted in songs and cheers.

We left the party at 12:30 and made our way home.  The streets were clogged with revelers and cards made their way up and down the main streets with the occupants shouting and the drivers beeping their horn.  Needless to say it was hard to fall asleep and 7:30 came all to soon this Monday morning. 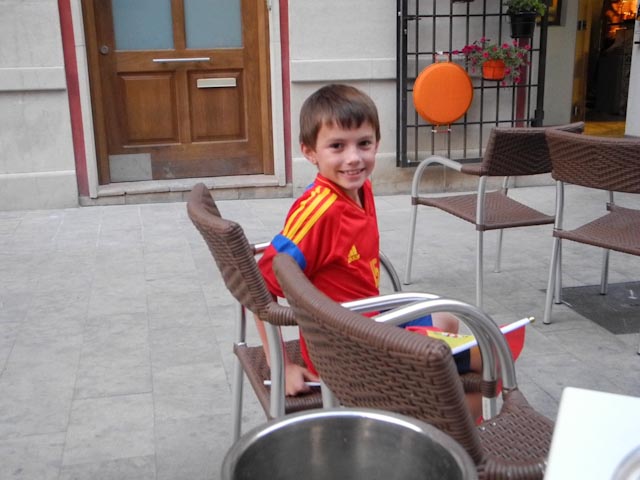 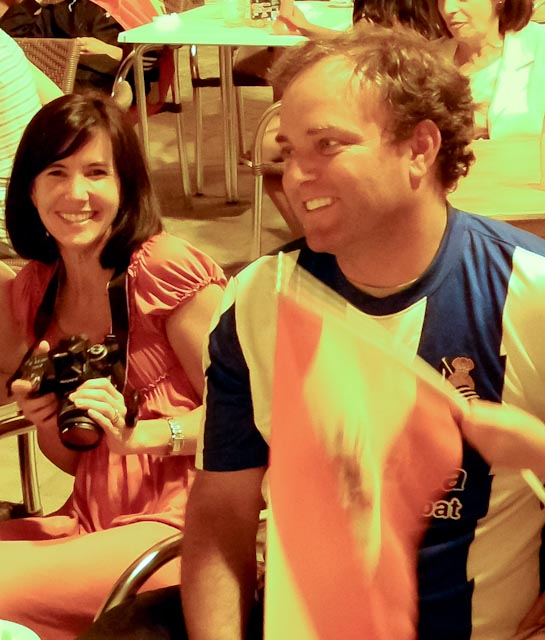 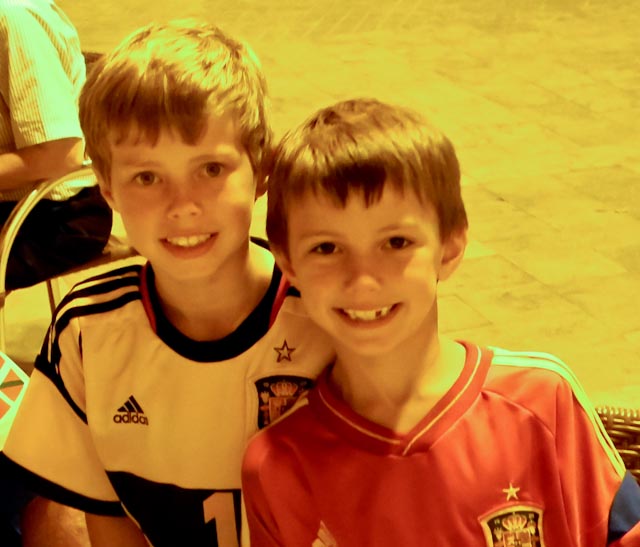 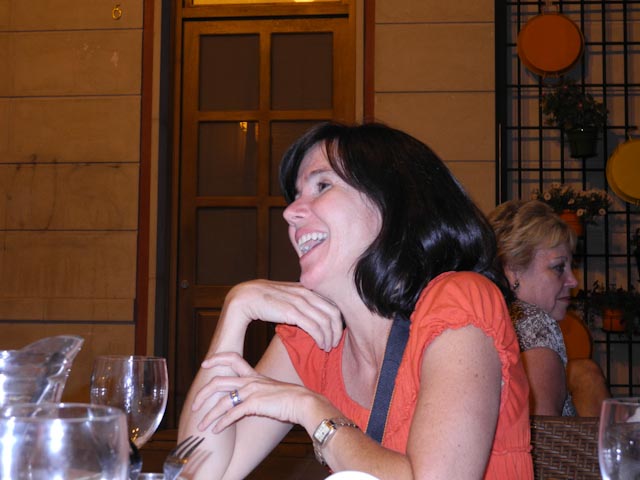 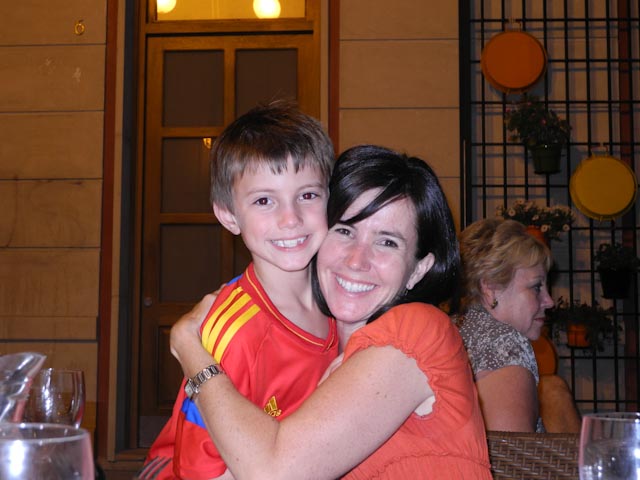 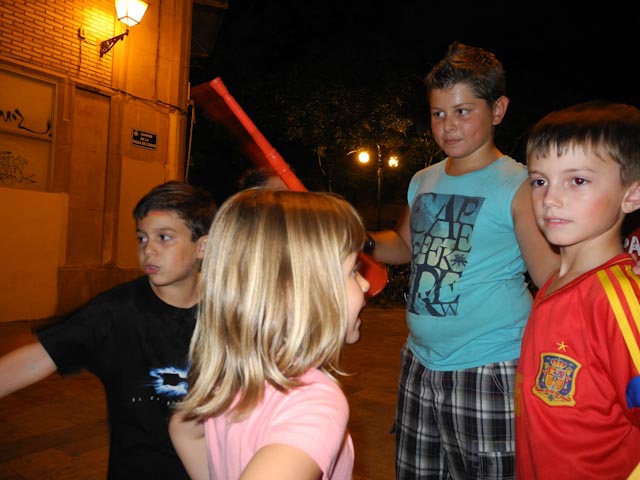 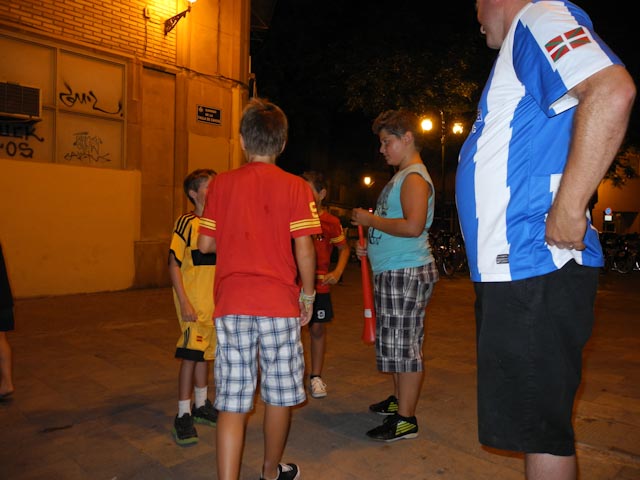 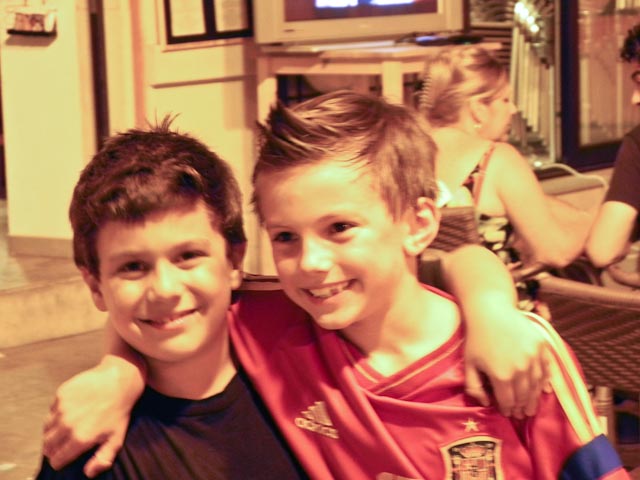 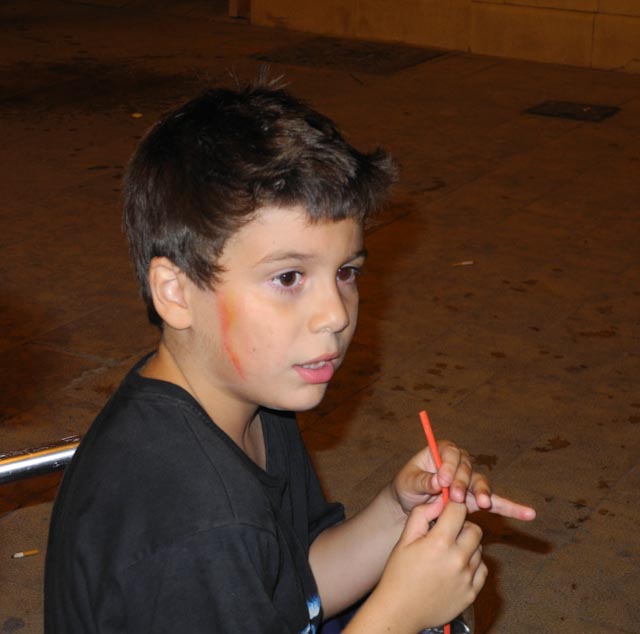