The King has issued an apology for his running off to Botswana to play the great white hunter while Spain average Spaniard struggles to keep his head above the rising tide of bad economic news.  The latest shoe to drop is that the co-pay for medicine is about to increase and for the first time ever pensioners will be asked to pay for a portion of the costs for their medications.  Most pensioners here live on a subsistence income and asking them to come up with the 60 Euros a month for their medication may mean that some will forego the purchase of medicine in order to eat.  The Partido Popular in their most recent campaign repeatedly insisted that they would not raise taxes nor would they raise the amount that Spaniards contribute toward the cost of their medication.  It seems that the Prime Minister has a Pinocchio complex and the size of his nose appears to be growing on a daily basis.

A positive step in the area of health care is that the government will clamp down on medical tourism.  Citizens of Great Britain, Portugal and France flock to Spain for surgical procedures because of the quality of treatment and the fact that there is less of a waiting period here than in their own country.  They also do not pay for their medical procedures because they are citizens of the European Union. Many who come here do not live here, nor do they pay taxes here.  The rules of the game are about to change and in order to access the medical system here for free foreigners will now have to show that they actually live, work and pay taxes here in Spain.  The estimated savings per year are expected to be in the neighborhood of one thousand million Euros.

I met with Doctor Rubio Tuesday afternoon and he determined that I have made major progress in my recovery.  In manipulating the knee in a variety of directions there was no pain to be felt.  I am still experiencing pain, however and the locus of that pain is changeable.  He allowed as how that was normal given the fact that my normal gait has been disrupted and the body finds ways to protect itself by accommodating that change, but at the same time it puts stress on different components of the leg.  He determined that I would benefit from an additional ten session of physical therapy and since my insurance will cover them that is fine with me.

Tuesday I had the chance to visit the small gallery where Ofelia has a workspace and where she is currently exhibiting a number of her paintings.  Afterwards the four of us – Susan, Brian, Ofelia and I – went in search of dinner.  We had hoped to eat at Sorsi e Morsi, but in spite of what its sign said the restaurant was closed.  We moved on only to discover that Appetite was closed, also.  We walked a bit further and came to a rather small restaurant called El Fino and since Brian and Ofelia had eaten there before we walked in and took a seat at the window table.

The place, though small, is very charming.  It is artfully decorated and very welcoming.  It is a tapas style restaurant and so we ordered a variety of dishes.  As best as I can recall we had habitas con jamón, esgarraet, croquetas, pulpo a la gallega and a sartén de ajos verdes con setas, patatas y dos huevos fritos.  Everything was well prepared and delicious.  For dessert we split a bicuit glace and some profiteroles.  We walked back to the garage where Brian keeps his car and he drove us home.  It was a little after 11:00 when he dropped us off.

Wednesday was rather uneventful.  After physical therapy we decided to go in search of some lunch and we ended up at El Molinón.  Vilma waited on us and gave us some of the details of her trip to Honduras with her boyfriend, Juanjo.  Our lunch consisted of some steamed Galician mussels and our favorite steak dish served with potatoes and pimientos de Padrón.  After lunch we stopped at Linares for our dessert.  From there we headed back home and we spent the rest of the afternoon and evening just doing “stuff”.  We were too tired to do anything else. 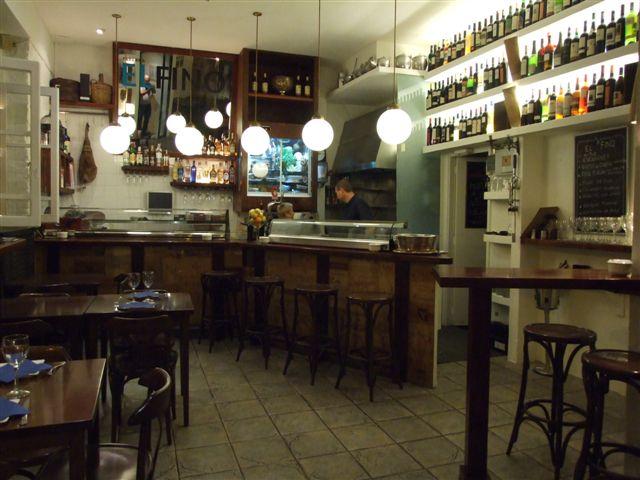 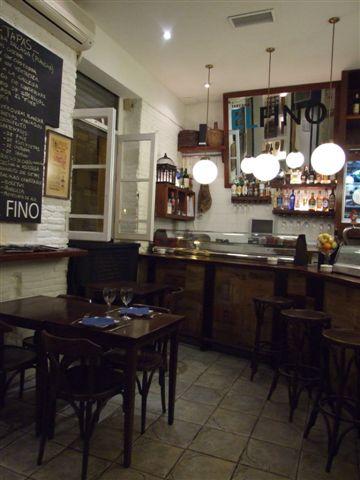