It is yet another sunny day here in Valencia and it will be dry and sunny for the intense celebration that will take place beginning on Friday and ending on Monday.  This is in marked contrast to the rain marred Fallas of 2011.  Rachel and Susan will go to today’s mascleta and later tonight will go to the fireworks display that will take place on the old riverbed.  I will continue to rest and relax and stay off my feet as much as possible.

At 2:30 PM I was back at Quirón for my MRI.  There was almost no one in the waiting area and I was escorted to my dressing room at 2:30 on the dot.  I had the thrill of putting on a dressing gown in preparation for my picture session.  I would love to meet the idiot who designed the gown that never really closes and has to be tied from the back, something that nobody has ever had to do before.  There is no sense memory that will take you through the process of tying a bowknot behind your back.  As for the second knot that needs to be tied in the middle of the gown, I did not even bother to attempt it.

The MRI took a good fifteen minutes.  I lay on my back and they inserted me into the machine.  I was given a buzzer in case I needed something and they placed a pair of headphones over my ears to dampen the sound of the imager as it does its thing.  Twenty minutes later I was dressed and we were heading back to Calle Borrull.  Before we hopped into the cab, I made an appointment for Friday at 12:20 so the traumatologist could read the MRI and decide what the next step in my treatment needs to be. It was a little after 3:30 and we decided to sneak into A Nou to grab some lunch.  We had a salad, a seafood fideuá and dessert and coffee.  We also did in a bottle of wine.  All the conditions were just perfect for a late afternoon nap and so I just gave into the temptation.

While we were at the hospital, Rachel made a little lunch for herself and then went to the exhibition of the ninots at Nuevo Centro.  Later on Rachel and Susan headed out for Brian and Ofelia’s house.  The plan was to have a drink and then head down to what are easily the most spectacular exhibits of lights in the entire city.  One of them is comprised of a million lights.

I spent my evening on the living room couch either reading or ignoring whatever program was on the boob tube.  Around 10:00 there was a great deal of commotion outside of our window.  When I went to look I discovered that a falla was being raised directly outside of the window.  There were a dozen men struggling to assemble it and raise it into place.  It was a fascinating process to watch and, in the process, I learned a lot of new Spanish swear words.  I was in bed by 11:00 and was fast asleep when Rachel and Susan returned home. 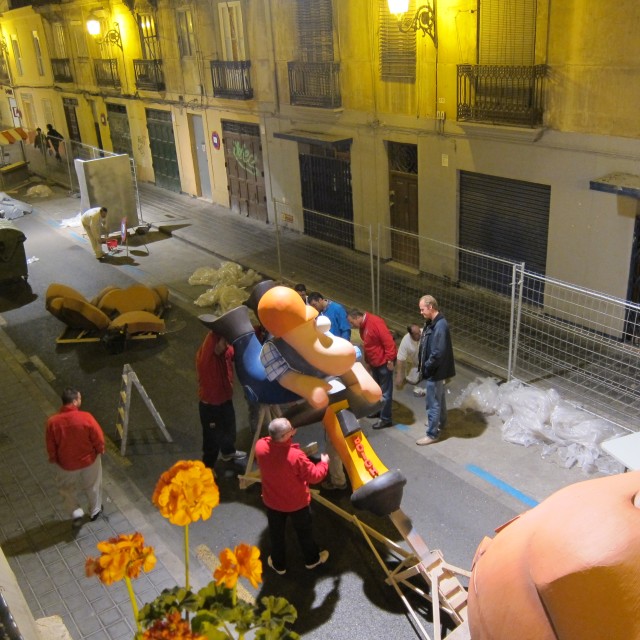 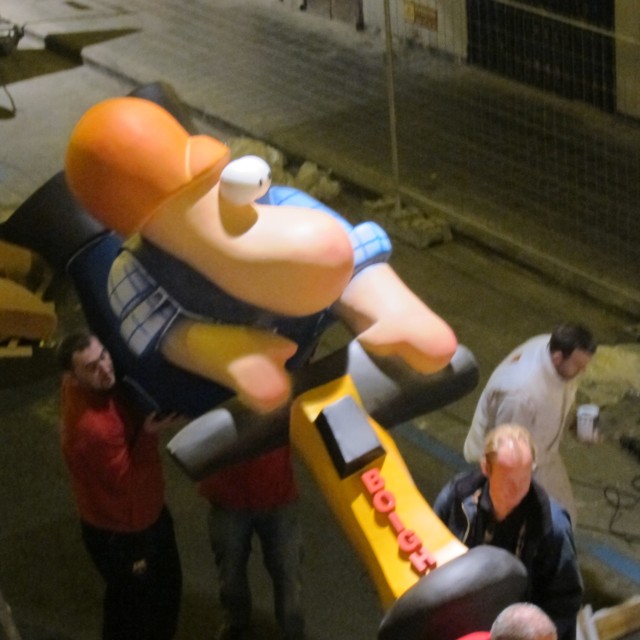