Susan is off to the acupuncturist and I am debating whether I will return to the gym today or wait until next week when the cold will have finally left my body completely.  We have tickets for the symphony tonight and we will be getting together with Pepe and Sara tomorrow to share a meal.  Sunday we head off to La Matandeta with Brian and Ofelia to celebrate Ofelia’s birthday.

Susan had coffee with her friend, Alba, yesterday and from there went to FNAC to pick up a brush for her camera lens.  I met her there and since it was 2:00 we gave some thought to lunch.  As we approached the train station we could not help but notice a cordon of police and a swelling number of what I now know were students.  They were there to protest the cuts to education as proposed by the government to bring the budget under control.  It turns out that ten people were arrested as a result of the protests and several people were injured.  There will be more protests to follow.  There is talk of a general strike by all labor unions because the Partido Popular wants to make several important changes to labor law. Iberia is on strike again today with pilots protesting Iberia’s intent to create a low-cost airline with a different pay structure.  Lastly, the pharmacists here in Valencia are threatening to shut down for three days unless the government pays them the money that is past due to them for providing medication that was covered under Social Security.  It’s never dull here in Spain.

We stopped in at a small restaurant near the Central Market and had some lunch.  Susan had a rather ample salad and I had a plate-full of grilled vegetables.  There was such a great quantity of both appetizers that neither of us could finish.  We both had a small filet as our entrée and Susan finished her meal with a fruit salad and I had a brownie.  When we finished we decided that we would make our way to the Plaza de la Reina to look for a second-hand bookstore that Susan had discovered the other day.  While Susan investigated, I slipped into a mini-casino to try my hand at the slot machines.  When Susan entered to meet up with me, I was 20 Euros ahead and I decided to cash out.  We walked out together to see if the bookstore was finally opened because when Susan had walked by it was still closed.

On our way we passed by a space called Moltto, which is both a bakery and a sandwichería.  They make excellent bread.  We decided on a rye bread and as I was paying Santi, who was having a bite with Mike, saw us and invited us to join them.  We spent a good hour and a half chatting with them and hearing what was going on in their lives.  When we got home it was 6:30 and we decided that we would spend the evening at home since we were both a bit worn out from our day.  We watched some TV, ate some of that really good rye bread topped with butter and Manchego and headed for bed much earlier than usual. 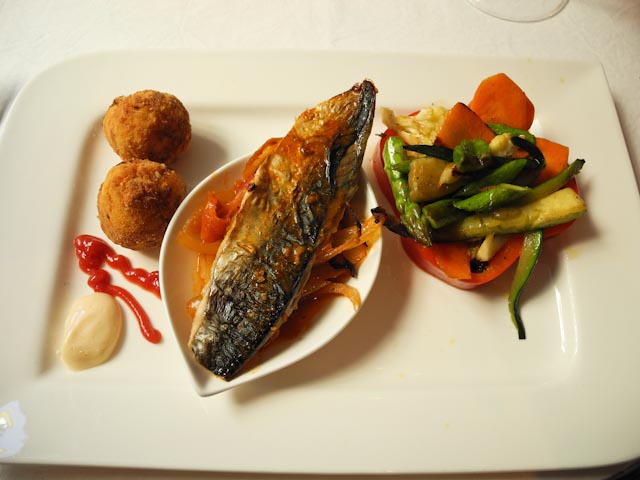 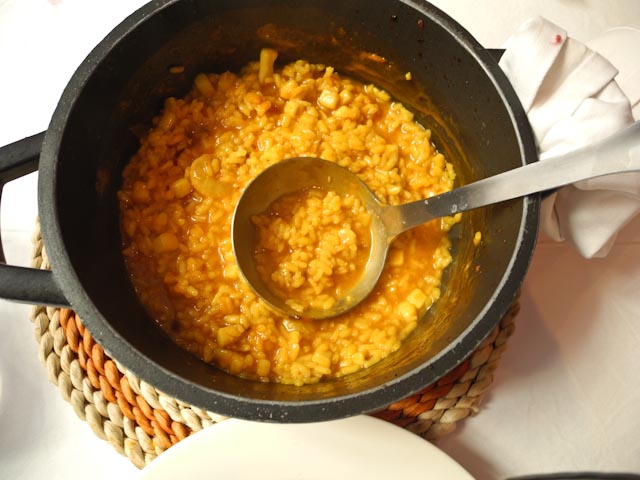 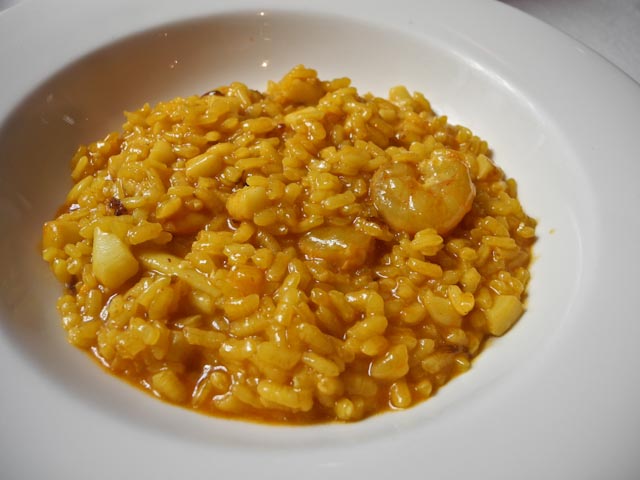 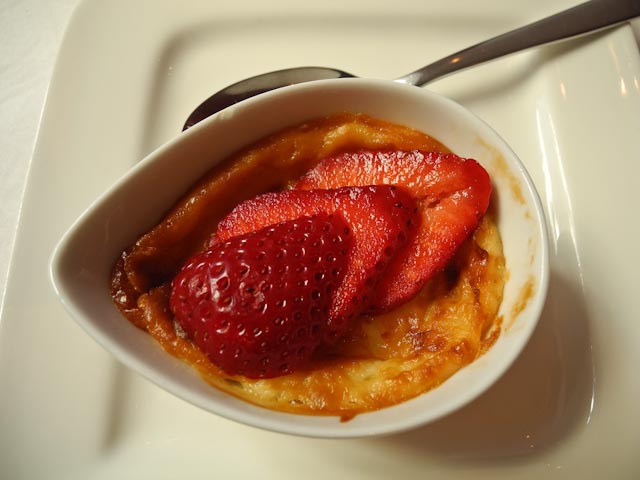