It’s beginning to look a lot like Fallas!  When we opened the persianas this morning, we discovered that lights had been hung on Calle Borrull in anticipation of the upcoming March events.  We have been told that our street will be closed to traffic because of the number of celebrations that take place on Borrull and adjoining side streets.  We are looking forward to experiencing our first Fallas.

Originally we were scheduled to be at Las Naves at 1:00 for the taping of Woody Aragón’s course for Magic Agora.  However, a phone call from Pepe informed us that the order of events for the day had been changed and could we come at 6:00 instead.  Given the fact that the only other event on our calendar was dinner at 9:00 with Brian and Ofelia, we had no problem with the change in time.

After I hung up from Pepe Susan and I paid a quick visit to the stationery store so that I could pick up some envelopes for a magic effect.  Since we were close by the Bar Alhambra, which makes a mean tortilla española we decided to stop in.  We took a seat at the bar and Susan and I both ordered a pincho de tortilla – a slice of tortilla.  Susan had a glass of red wine and I had a beer.  We both had a cup of coffee and that turned out to be our lunch.  I spent the rest of the afternoon working on putting together another effect from Woody’s book.  At 5:30 we went in search of a taxi so we could be at Las Naves by 6:00.

Las Naves is located in the port area of Valencia.  It was built after the Spanish Civil War to store grain.  It was and is a complex of three separate buildings that are now dedicated to the arts.  The buildings house a cafeteria, an exhibition space, rehearsal rooms, a library, a Mediatheque, design studios, and dedicated spaces for photography and video recordings.  We made our way to the second of the three buildings, climbed a flight of stairs and as we climbed the last stair Pepe emerged from the video studio and greeted us.

They had been filming since 9:00 with a brief break for lunch.  Woody looked like someone who had been working for quite a while, but, as a true professional, whenever the cameras started to roll, there was a renewed burst of energy and he quickly became Woody the performer.  Susan and I took our place at the table where Woody was performing and we served as volunteers for the twelve minute show that he did in English and the twelve minute show he did in Spanish.  Additionally, there was an effect that they needed to reshoot and so Susan and I served as volunteers for that effect, too.  All in all, we were under the lights for an hour and a half and it sure was hot under those lights.

When we exited the building we quickly found a cab and made our way to Brian and Ofelia’s.  This was the first time that we had seen Brian since his return from Florida where he helped his Dad celebrate his 80th birthday.  Ofelia was still recovering from her bout with the cold and this was the first day that she was up and about.  Brian filled us in on his trip while we all had a drink and before we knew it, it was time to head out for Basílico.

They were just opening the doors when we arrived and we took our places at a table for four that was right by the window, There was a special menu for Valentine’s Day and Alex filled us in on all the details.  We started off with a Kir Royal and soon thereafter our three appetizers were placed on the table.  There was a quesadilla stuffed with spinach and Manchego cheese, a lentil dish made with Garam Marsala and served with pita bread and Chinese dish whose name escapes me, but it was prepared with chopped meat and spices and was eaten in a lettuce cup.  Next came a lettuce salad served with goat cheese and a red onion marmalade.  Then we enjoyed a tangerine sorbet crowned with vodka to clear our palate for our main course.  Our main course was a lamb tagine served with couscous.  Our dessert was a slice of chocolate cake, as well as a raspberry sorbet served with yoghurt and a raspberry sauce.  We chatted for a while longer and we each had a liqueur to accompany the conversation.  It was a little after 11:00 when we left the restaurant.

Brian kindly drove us home and on the way we firmed up details for our next outing together this coming Sunday.  We are going to have lunch at La Matandeta to celebrate Ofelia’s birthday.  It should be fun.  When we got home, we both unloaded our photos that we had taken throughout the day and, at one point, when I looked up Susan had disappeared.  I found her fast asleep in the bedroom.  I tried several times to get a hold of Rachel, but without success.  At midnight I decided to turn in for the evening. 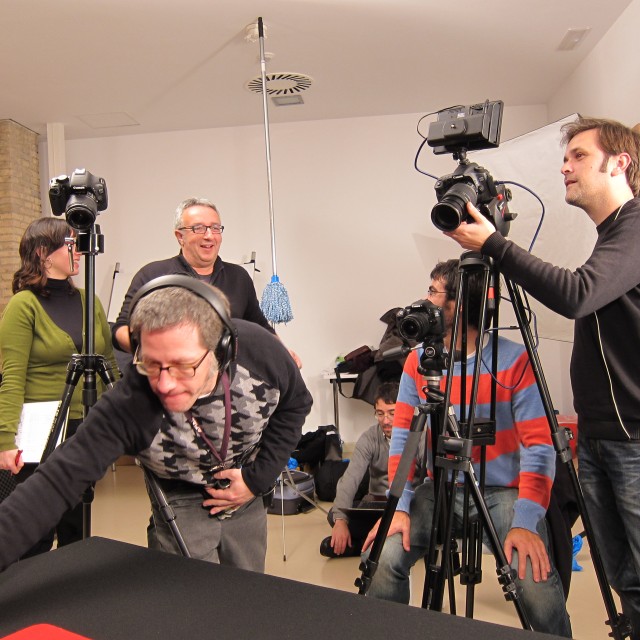 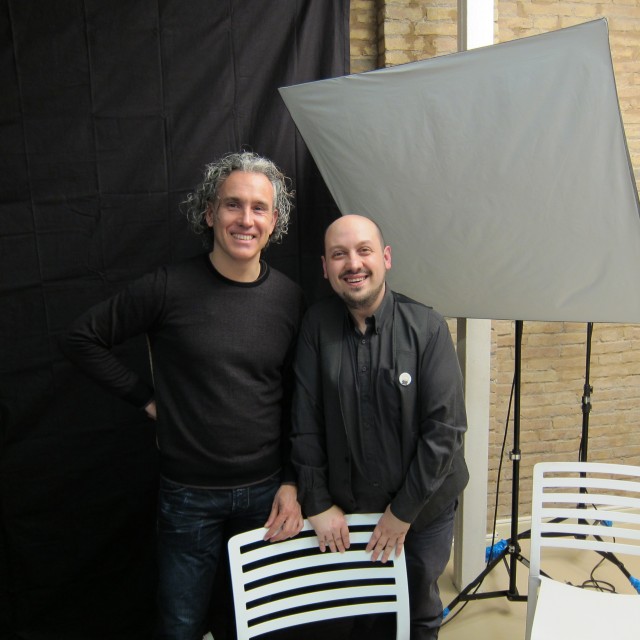 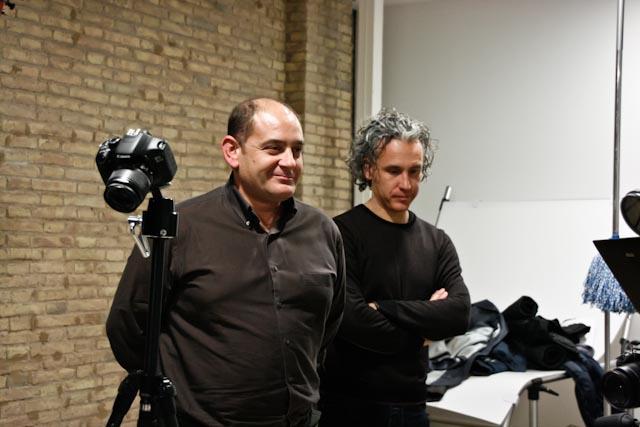 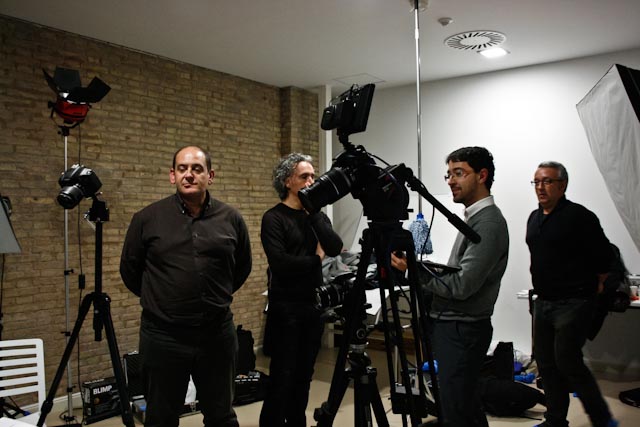 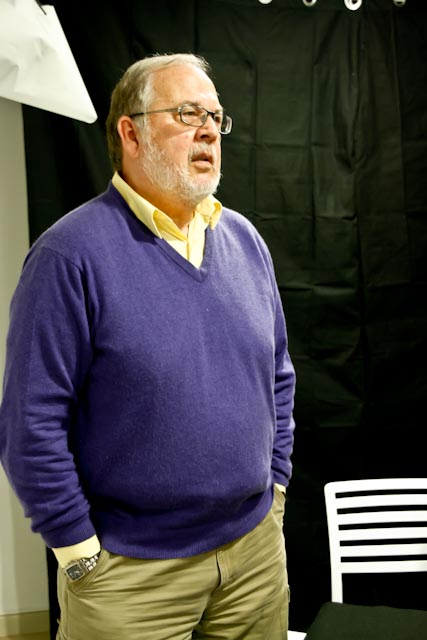 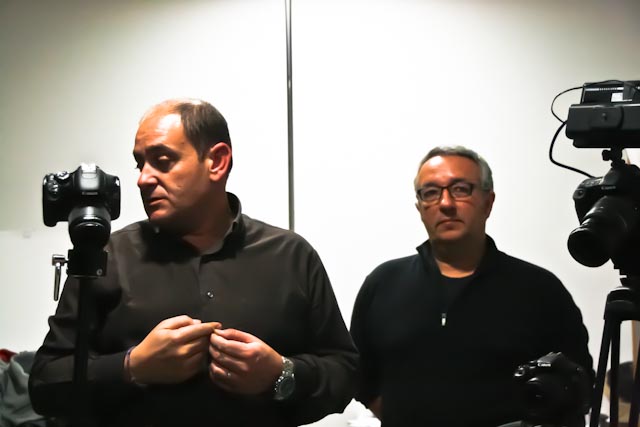