A Second Visit To Basílico

Susan is at the acupuncturist hoping to get some relief from her thumb pain and after I finish this entry I will stop by Miguel’s to pick up a package that arrived this morning.  Among other things it contains a copy of Woody Aragon’s latest offering entitled A Book in English.  Woody, who now owns and operates a small, intimate theater in Madrid that features close-up magic, has won a number of prizes in the last little bit.  His most recent award was a First Prize for close-up at the Blackpool Magic convention.  The book has gotten excellent reviews and I am looking forward to reading it and finding new material for my repertoire.

I spent a good part of Thursday working on translations.  I needed to edit two articles for Magic Agora and those went pretty quickly.  As some of you may already know, I wrote a rather lengthy article about Dean Dill for a Spanish magic magazine called “El Manuscrito” that is owned and edited by Dani Daortiz.  Dani sent Dean a number of copies that arrived last week.  Dean has asked me to translate the article that I wrote in Spanish.  I began that task yesterday and I hope to finish it today.

Rosa arrived on time and we spent a few minutes chatting with her while we got ready to head out for lunch.  Miguel was also to come by to change the filter in the heater/air conditioner and to attack some of the dirt and mold on the walls of the trastero. With the dryer not vented to the outdoors and the range hood fan vented to the trastero there is an occasional buildup on the walls that is easily solved with an application of bleach.

We decided that we would combine exercise with lunch so we headed off along the Gran Vía to see if we could get a table at Basílico even though we did not have a reservation.  The weather in Valencia continues to be brisk, but walking is really not uncomfortable.  When we peeked in the window of the restaurant some thirty minutes later it appeared that there were several tables available.  When we walked in Alex greeted us and sat us at a four top that was close to the door.  When we were comfortably settled, Alex told us what the menu of the day was and that made our lunch decision very easy.

We started off with a piping hot vegetable noodle soup that was accompanied by a bruschetta of spinach and grated cheese.  Even though I claim not to be a soup lover, yesterday’s soup was very tasty and just the right prescription after our brisk walk.  The bruschetta was a good counterpoint to the soup.  Our main dish was a rice dish prepared in a wok, perfectly spiced with the right amount of heat and topped with pieces of crab that had been purchased earlier in the day.  The rice was just the slightest bit crunchy and the crab was divine.  I almost licked the plate.  Dessert was a bread pudding topped with vanilla ice cream and a touch of cinnamon.  We had the house red wine with our soup and switched to the house white with the rice dish.  We finished our meal with coffee and while I was finishing my coffee I had the chance to chat a bit with Arif.

It turns out that one of his vendors had come yesterday morning with a tray full of fresh crabs and he had purchased all of them and hence the inspiration for the lunch entrée. I also discovered that when they opened Basílico a number of years ago they were only the second restaurant to be found in the Ruzafa neighborhood.  Now there are more than forty.  How lucky for us!

On our way back we decided to stop at A Taste of America, a store that features products from the States.  We were specifically looking for products that were kosher and that might be of interest to Rachel when she comes to visit next month.  We did find several and that was the good news.  When we got back home it was a bit after 5:00.  Susan rested for a while and then headed off to meet with Zahava.  They had a movie date to se “J Edgar” with Leonardo Di Caprio. I made use of the evening by doing some translation, watching an episode of Glee and chatting extensively with Rachel.  Susan got home at midnight and bedtime was thirty minutes later. 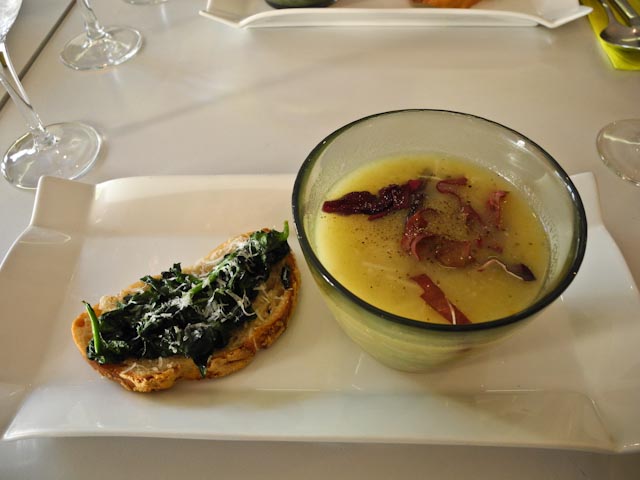 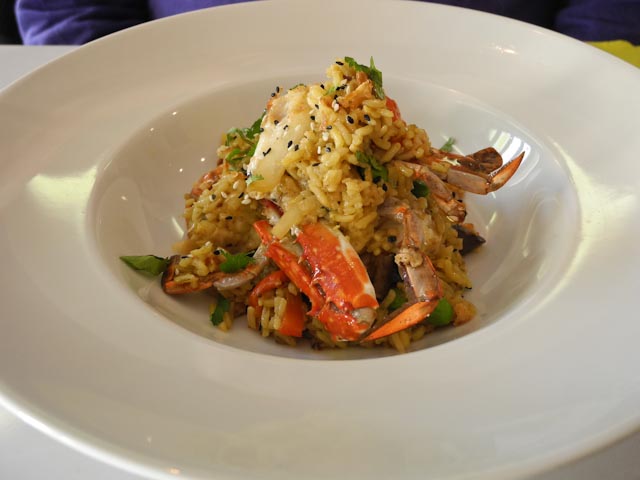