Posted on February 4, 2012 by martykaplan

Pepe is currently involved in a bit of a tug-of-war with Google+.  He has a blog called Malditos Magos that is always an enjoyable read.  The header that he sues for the blog, among other things, features a young woman’s butt with an Ace of Spades tattooed on it.  I don’t find it very provocative, nor do I find it sexy.  I would be reluctant to call it offensive given the images that predominate in today’s print and television advertising.  Google+, however, found it objectionable and removed it.  Of course it is consistent with the cultures of both countries.  In the USA nudity is always the reason that a film receives an R or NR rating.  Spain rates its films by being age specific.  For example you will see a film with the rating “Under 7 not permitted” or “Under 16 not permitted” and when a film is prohibited to the younger members of an audience it is always because of the violence in a film, never because of nudity.  Pepe in response posted an image from Goya’s La Maja Desnuda, but that image has been taken down, too.  Draw your own conclusion.

I got in a brief afternoon workout yesterday and when I got back home we went out to lunch.  Since we had not had lunch at A Nou for a while we simply crossed the street and there we were.  The restaurant was crowded and Javi, as usual, was the only one on the floor.  We ordered an arroz con embutidos y habas as our main course.  The appetizers of the day were a revuelto de langostinos, a puff pastry studded with slices of lamb and a carrot and yucca soup.  The soup was rather bland, but the other two appetizers were excellent.  The rice arrived soon after and it was studded with a variety of sausages and beans.  It was both tasty and appropriate for a cold day.  It was a little after 5:00 when we finished our lunch.

In the evening we attended a 9:00 PM performance of an Israel Horovitz play called My Old Lady, which in Spanish is called Querida Matilde.  The original play was set in Paris.  This version is set in Madrid.  The premise of the play is that a middle-aged Argentinean comes to Madrid soon after the death of his father to sell the apartment that his father willed to him.  He discovers that the apartment is inhabited by an elderly woman and her daughter.  It turns out that she had sold the apartment to the young man’s father at a very low price with the proviso that she could live in it until she died. Revelations and complications follow.  The play was well acted and the only criticism that I have is that I wish the actors had been miked because from our seats in the fifteenth row it was sometimes difficult to pick up the rapid-fire dialog.

After the play we stopped in at The Ginger Loft and shared a Thai Noddle Salad and some Vietnamese Pork.  Santi asked me to taste three of the new red wines he is considering as additions to the wine menu.  Two of the three were quite good.  The second one I tasted was ordinary.  We chatted with Mike and Santi for a while and then left to brave the cold on our walk home.  It was 12:30 by the time we got home.  We puttered around for a while to let our meal digest and we went to bed a little after 1:00. 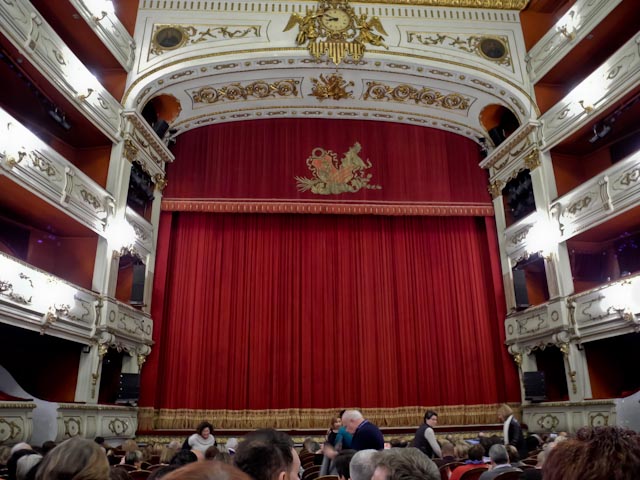 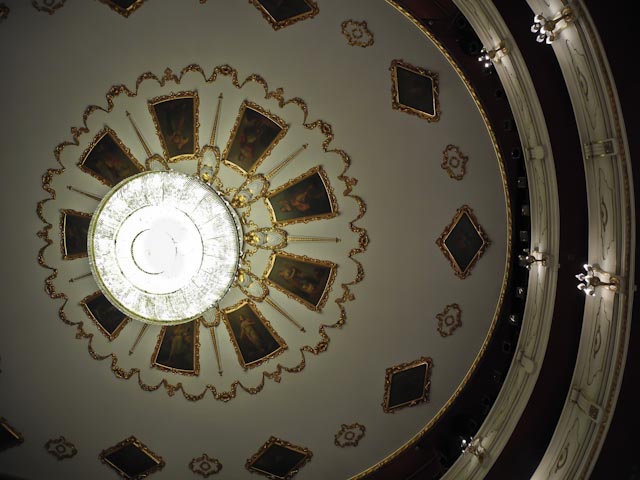 1 Response to Butt Out!