The Perfect Gin And Tonic

We have a busy weekend ahead of us.  Tonight it is dinner followed by a magic show.  Tomorrow we will be attending a classical guitar concert and Sunday we get to hear The Emerson String Quartet who will be playing a concert at the Palau de Música.  Yesterday we were finally able to print out our tickets and that was a process that was almost as difficult as getting our visa.

Entradas.com is the Ticketmaster of Spain.  When you purchase from them the venue dictates how you can get your tickets.  Many venues allow you to print your tickets at home.  That is the case with tonight’s magic show.  Other venues have a machine that dispenses your ticket and those are usually located in the vestibule of the venue.  For other events, especially those at the Palau you have to print them out at any of the ATM’s of Caja Madrid.  We tried two different ones last Sunday and both were out of service.  There are not many branches of this bank in Valencia and the closest one to us is in Plaza de la Reina.  We had no luck there Monday, Tuesday and Wednesday.  Yesterday afternoon when we walked by the bank was open for afternoon hours.  We went inside, inserted our ATM card and waited for the machine to print out our tickets.  It prints one and when it comes time to print the second one, we get an error message.  We try three more times and still get the error message. It takes two phone calls from a bank employee to Entradas.com to finally get the tickets printed out.  Hurray for technology!

I was able to get some cardio in yesterday and when I got home I took a quick shower and Susan and I headed out in search of lunch.  The menu of the day at La Fórcola looked very tempting so we walked in and took a seat at what has become our favorite table.  We started with a salad that was dotted with ham and Brie and served with a fig marmalade.  Our main course was corkscrew pasta in a very flavorful sauce that had a seafood base and copious amounts of small shrimp.  Dessert for me was tiramisu and for Susan it was the cheesecake.  Two coffees later we were on our way.

Our afternoon walk took us close to the Torres de Serrano.  Susan wanted to take some more pictures of street art and we went in search of a specific piece that we had seen a couple of weeks ago.  I thought I remembered where it was and, as it turned out, my memory did not fail me.  We then made our way to the Plaza de la Reina and had our ticket adventure.  While in the plaza we discovered, much to our dismay, that Linares was still shuttered and has been that way for a couple of weeks.  I am thinking that they have gone out of business because of the two new establishments that have opened just down the street from them one of which sells ice cream and the other of which sells freshly baked pastries.  Damn!  We then stopped for a cup of coffee and afterwards Susan headed off to meet with Ofelia.  They were going to go to a lecture that evening.  I returned home.

At 7:30 I got a call from Pepe telling me that Paco d’Andrés had called saying that he was not up for hosting the meeting of los veteranos and that we would be meeting instead at La Cuchara.  When Pepe showed up he was carrying a large pot and when I looked at him quizzically he said that we were going to have dinner and that he was carrying the main dish.  When the dust had settled there were eight of us gathered around the table including our special guest for the evening whose name escapes me.  Our meal consisted of some albacore tuna filets, tortilla española con anchoas, a suquet de caballa (caballa is a mild white fish, and a pannetone for dessert.  Our guest for the evening then took over and showed us how to make the perfect gin and tonic that would serve as the perfect digestive after a meal.  His gin of choice was Brecon, which comes from Wales and it had been well chilled.  You begin by filling the glass with ice and then swirling the ice around to chill the glass.  You pour off any excess water.  He then inserted three fresh mandarin sections held together by a toothpick into the glass.  He then took the peel of a lime and rubbed its oils around the rim of the glass.  He then placed the peel inside the glass.  Next came five cililiers of gin poured over the ice.  Next came fifteen cililiers of tonic poured slowly over the ice.  The last step was the actual drinking of the mixture.  Our guest told us that the drink needed to be finished in ten minutes while it was in its perfect state.  He prepared a second gin and tonic using a slice of a Fuji apple and a cinnamon stick.  Since I am not the Gin and Tonic fan of the family, I cannot personally comment about the drinks, but all the others seemed to like both combinations very much.

Around midnight we cleared the tables and people started departing.  I was home by 12:15 and I busied myself with some odds and ends for a half an hour and then I headed for bed. Here are some of the photos of street art that Susan took on Wednesday and Thursday. 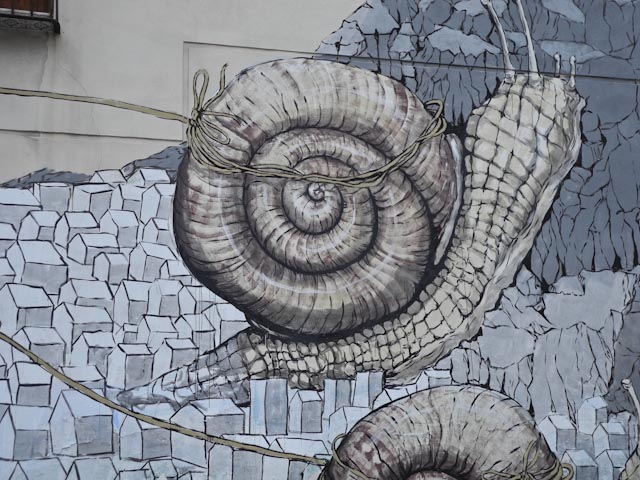 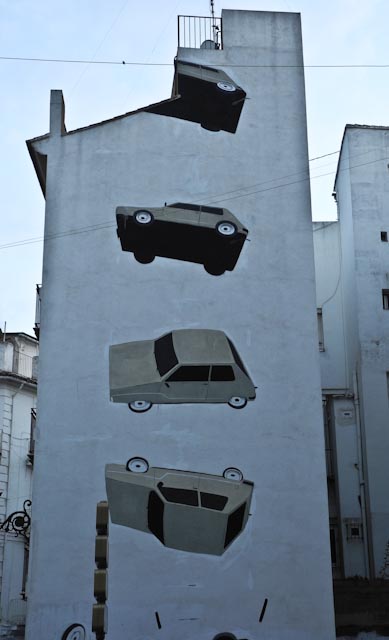 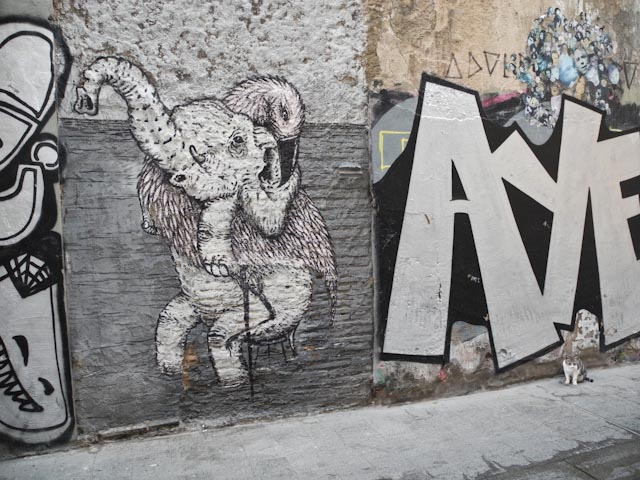 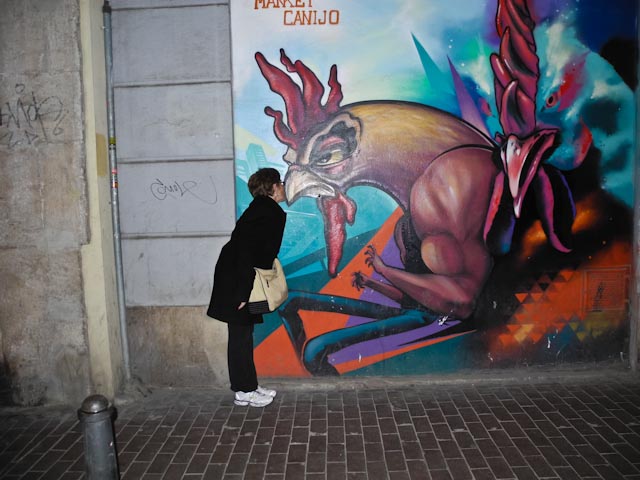 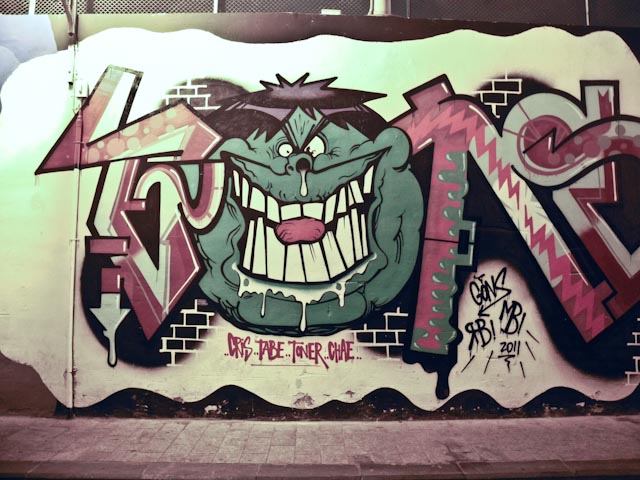 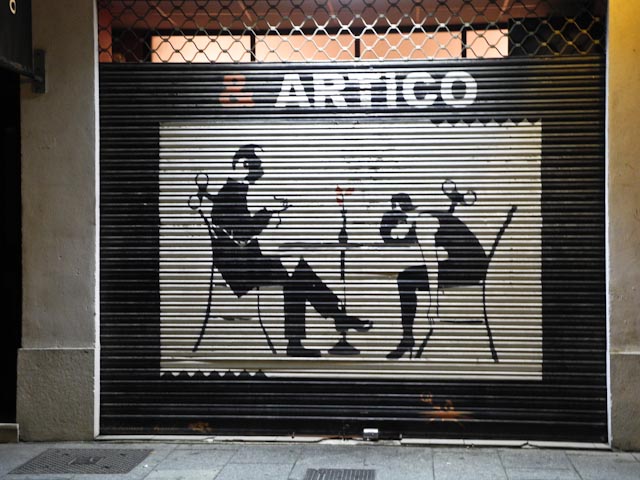 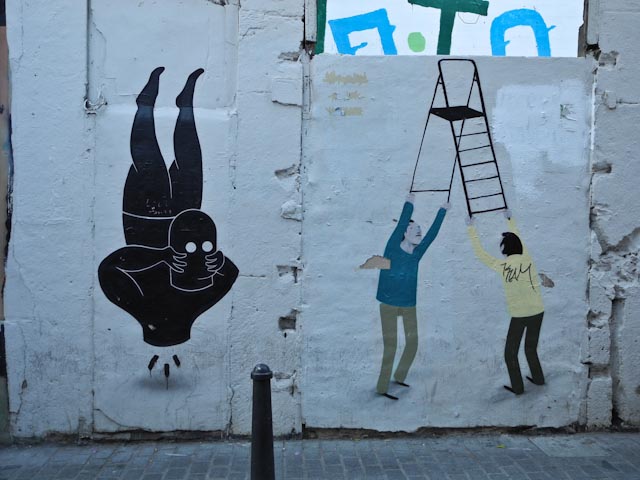 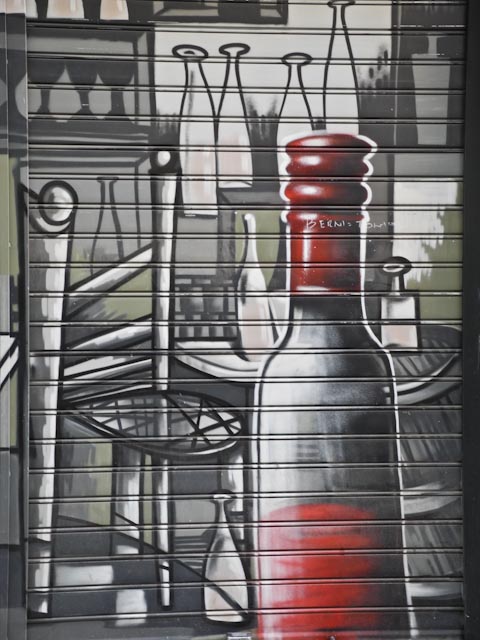 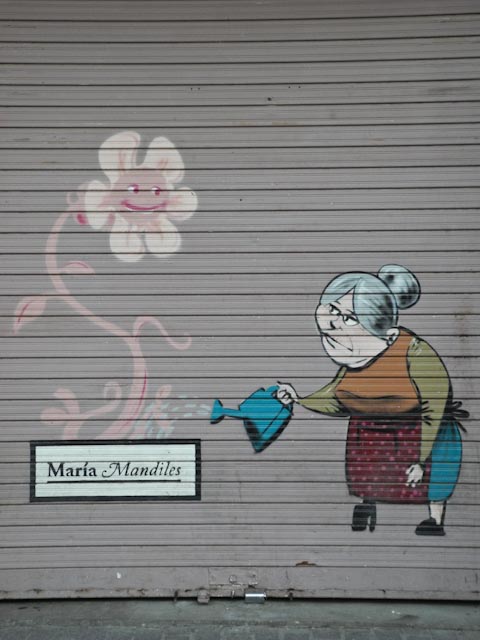 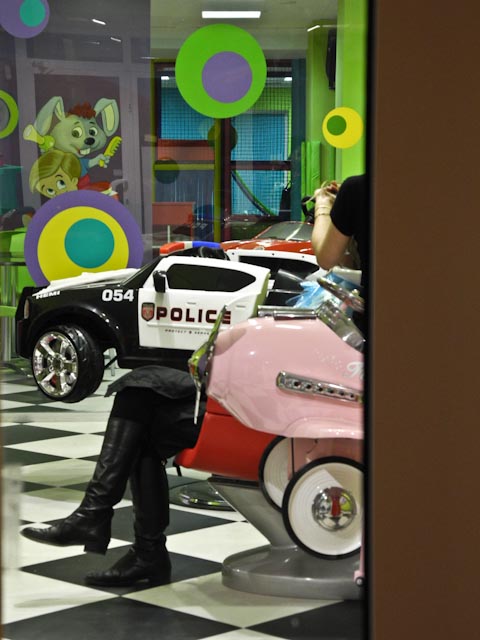