Merry Christmas!  After another late night we slept in this morning.  It is a little after noon and we have just finished breakfast.  We will just have to wait and see what the rest of the day brings.

Yesterday got off to a late start, also.  We did not venture forth from the house until a little after 2:00.  Our destination was FNAC to buy Susan an Apple Magic Mouse because her current mouse was proving to be too taxing on her hand.  The streets were mostly empty as we made our way along Guillén de Castro.  In spite of being the day before Christmas the store was not all that crowded.  We managed to snag the last mouse they had in stock and then took a brief tour through the music and DVD sections, but there was nothing that caught our eye.  We paid for our purchase and started back home.

On our way we spied a new restaurant called Vino Tinto that had just opened.  They have branches in Madrid and Oporto, according to the sign in the window.  It is a restaurant that specializes in pinchos, which have their origin in the Basque Provinces and they are essentially tapas that are served on a slice of bread.  I guess you could also call them canapés.  It was close to 3:30 and we had not had lunch yet, but we were expected at Brian and Ofelia’s at 7:00 so something light was in order.

We opted to sit at a table, as opposed to the bar.  The room is done in a variety of woods and is both light and airy.  We both ordered a glass of wine and while we studied the menu the owner came buy and delivered a starter of chorizo and a bit of cheese.  When our waitress returned we ordered some salmorejo, which is an Andalusian take on gazpacho, which means that it is tomato based with the addition of chopped ham and hard-boiled egg.  This version also featured a lightly fried slice of eggplant.  After Susan finished her soup they presented our three pinchos on a piece of slate.

One was topped with anchovies from Cantabria, another with morcilla and apple compote and the third was a delicious crab salad adorned with two small shrimp.  We also had ordered croquetas, but they were all out of them so we instead we ordered a plate of sliders that we had seen the people at the next table enjoying.  The sliders had lettuce and tomato as their base and were topped with bits of caramelized onions.  They were served with a side of patatas paja, which are crisply fried wisps of potato.  While I waited for the bill, Susan made her way to the basement where they have their special events dining room and their wine cellar.  When we left it was close to 5:00.

We were on the road again a little before 7:00 on our way to a Christmas Eve dinner with Brian, Ofelia, Olivia and Ofelia’s mother.  We took the elevator up to the top floor, entered and after greeting everyone we hung up out coats and got ready for the evening’s festivities.

The house was Christmas ready with lovely red candles on the table that was already set and waiting for us when the time was right.  There was a Santa on a side table and in the corner of the living room stood one of the lovelies decorated trees I have ever seen.  The tree was an artificial one, but it is one that has traveled with the family as it moved from country to country according to Brian’s postings with the State Department.  All the ornaments had their history having been purchased in the various places where the Oberle family had lived.  There was even an ornament that Olivia had made when she was two years old.  There was also a Nativity scene on a side table that was purchased in Sri Lanka.  It was both very primitive and very charming.

We were introduced to Ofelia’s mother and then the six of us settled down in the living room and chatted while we munched on some olives and some mixed nuts and had a pre-dinner drink.  A short while later we were called to the table and we took our places in preparation for what turned out to be a most sumptuous meal.

We started with a shrimp cocktail and when we had finished Brian paraded out all the dishes he had prepared for our meal.  The centerpiece was a turkey done to perfection.  Along with the turkey he had prepared a potato casserole, stuffing and green beans almandine.  There was also cranberry sauce and, of course, gravy.  We opened a double bottle of Rioja and proceeded to demolish our overly filled plates. As if that were not enough the desserts made their appearance.  Brian had made a chocolate cake that featured three different kinds of chocolate and a cheesecake topped with kumquats.  The cheesecake was made with cream cheese, mascarpone and ricotta.  Both desserts were absolutely amazing.  We had a glass of champagne along with dessert. I should hasten to mention that the guest of honor at our dinner was Dickie the Duck, but even though he was the guest of honor we did not allow him to sit at the table.

When the table was cleared it was time for some magic.  I did some six or seven effects and they were well received.  After the “show” we retired to the living room for some coffee and an after dinner drink.  Ofelia brought out a plate of turrón (nougat) and marzipan, which is traditionally eaten on Christmas Eve.  There were several varieties and I felt obligated to try them all.  We chatted for a while and as midnight approached we were all feeling the effects of that wonderful meal.  Brian kindly drove us home and it was a little after 1:00 when we finally went to bed with visions of sugarplums dancing in our head. 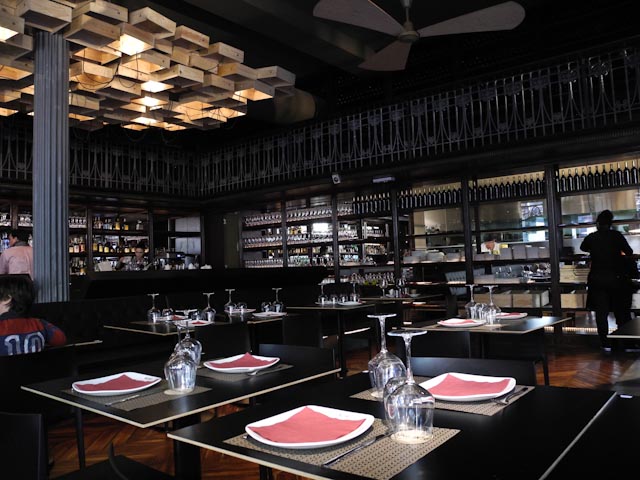 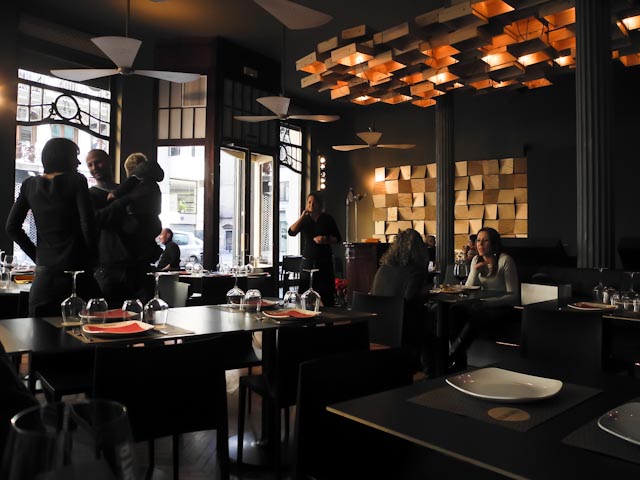 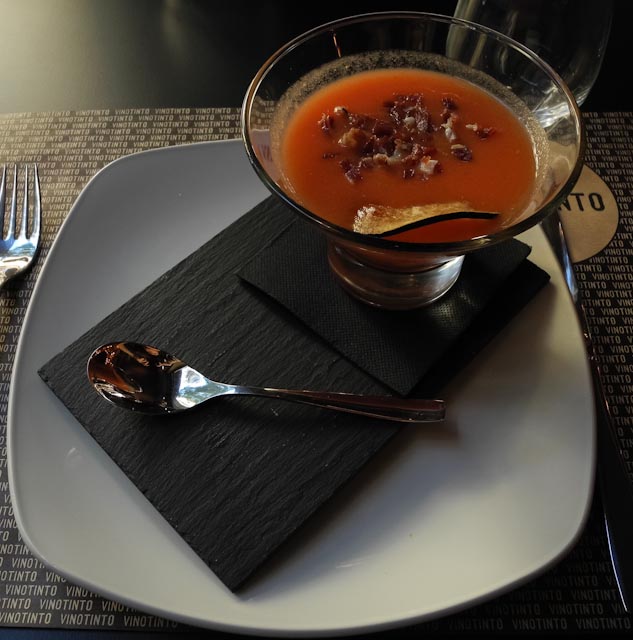 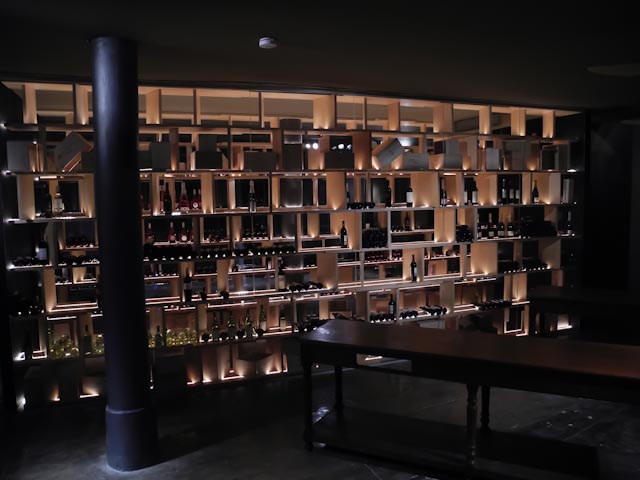 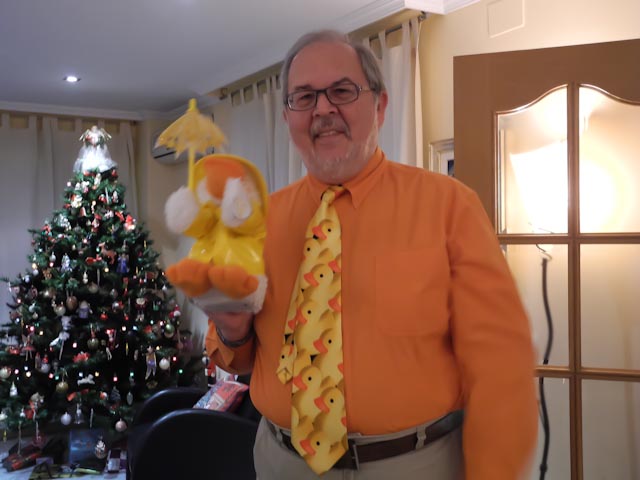 Dickie the Duck and Company

Ofelia, Dickie and I 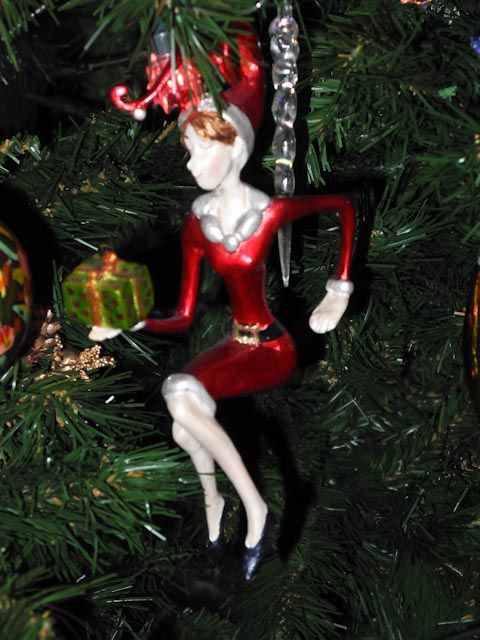 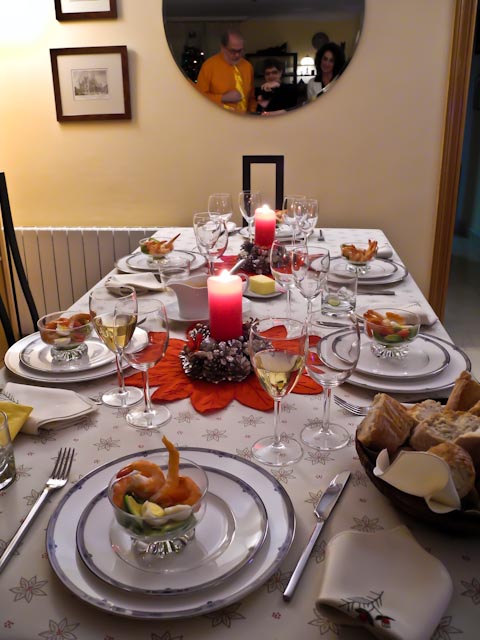 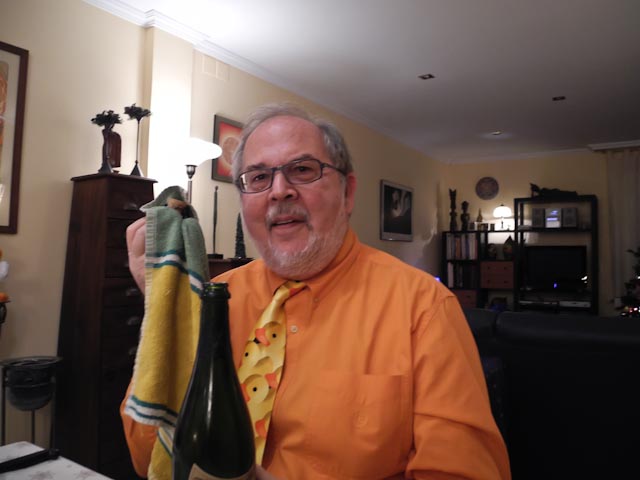 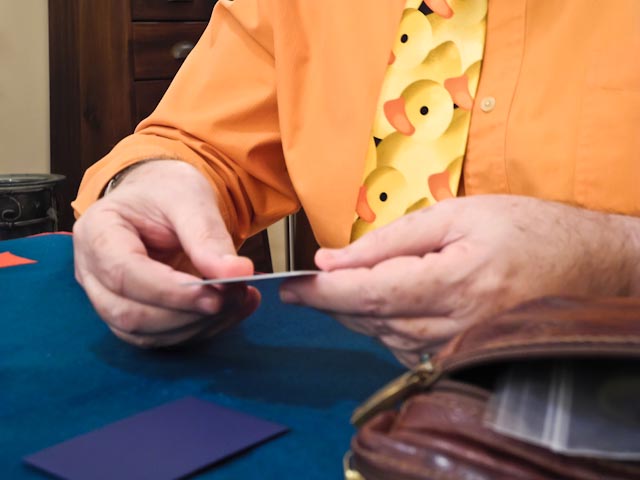 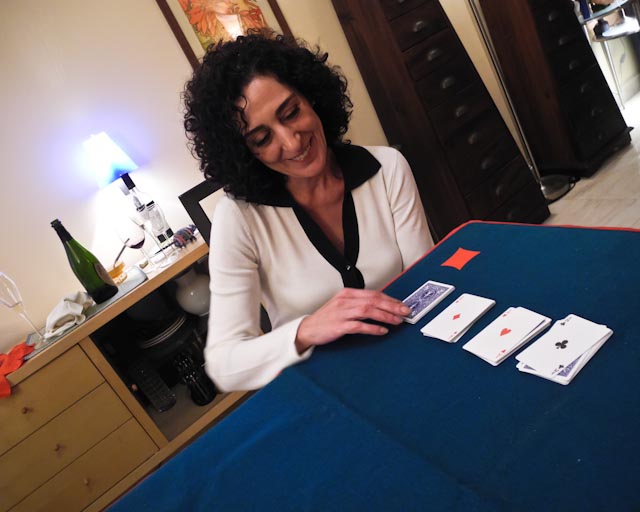