Christmas is much more low key here in Valencia than it is back in the USA.  The stores have adopted the American mantra of “Buy, buy, buy!” but the profusion of Christmas lights in private homes and front yards is, essentially, non-existent.  In all my walking through the city I have seen three windows and/or balconies decorated with Christmas lights.  There are no corner lots selling Christmas trees.  There are however numerous gatherings going on in most all of the restaurants we have passed by.  On a nightly basis A Nou, the restaurant across the street from us, is set up with long tables to accommodate the one or two parties that fill up the entire restaurant.  Additionally many restaurants have posted their Christmas, New Year’s Eve and Epiphany (Día de los Reyes Magos) menus.  Those menus range from 40 to 60 Euros and include a number of appetizers, at least two main dishes, dessert, and wine.

Speaking of food, Susan and I decided to combine exercise and lunch by walking to the Cánovas neighborhood in search of a restaurant that many people here have recommended.  It is called Mercatbar and it is owned by Quique Dacosta.  Dacosta is an award-winning chef with an international reputation who opened his first restaurant in the coastal town of Denia and now own two restaurants here in Valencia and one in Barcelona.  The other restaurant in Valencia is called Vuelve Carolina and its style is totally different than that of Mercatbar.  My opinion is based on a comparison of the two menus.  We have not eaten at Vuelve Carolina, but when we do we will provide you with a full report.

Mercatbar is located at 27 Joaquín Costa and during the week it is almost impossible to get a table there.  When we arrived at 3:00 yesterday there was one vacant table and a number of vacant seats at the bar.  We opted for the table.  The décor is very modern and table is set with place mats and black paper napkins.  The napkins are folded in such a way that a pocket is created in them and that pocket holds your silverware.  The menu is a PDF printout that is pasted to a piece of cardboard.  Here is a link to the restaurant’s website where you can view the menu http://mercatbar.es/.  Additionally here is a video that will give you an idea about the look and feel of the restaurant http://www.youtube.com/watch?v=ebjEArYK7V0 .

We ordered a selection of tapas that included a fritura de berenjena, papas bravas, boquerones en vinagre, croquetas and a dish called pulpitos con patatas machacadas.  The first four tapas were served on a circular black plate that looked like they were made from stone.  The croquetas came first and each one was different.  One had a Manchego cheese filling; the second was filled with blue cheese, the third with chicken and the fourth with seafood.  All were perfectly fried and perfectly delicious.  Next came the fritura de berenjana – strips of eggplant that had been lightly battered and fried and drizzled with honey and sprinkled with salt.  In a word, delicious! Next came the boquerones that were attractively presented and tasted of the sea. Pulpitos con patatas machacadas came in what looked like an upside down plate with a hollow in the center.  A perfect circle of mashed potatoes was crowned with the small sections of squid tentacles that had been cooked on the flat top.  Spanish paprika was used to season the dish.  The best papas bravas we have ever experienced in Spain came last.  The potatoes were perfectly fried, but what made them unique was the piquant tomato sauce that graced the bottom of the plate.  There were also dabs of aioli to further season the potatoes.

I was stuffed, but Susan had room for a light and fluffy dessert. It was a hollowed out fresh orange that was filled with a very light orange chiffon.  It was both tart and sweet.  We finished the meal with our usual café cortado.  By the time we left the restaurant it was 4:30.  We stopped along the way at the Corte Inglés to pick up a few items and by the time we got home it was close to 5:30.  We had accomplished our mission in that we had enjoyed a delightful meal and had walked a total of five miles.

We spent the rest of the evening at home reading and watching a DVD called Nada que declarar.  It is a French comedy directed by Danny Boone and deals with the enmity that exists between a French and Belgian customs inspectors.  It was amusing.  When we finished watching the DVD we read for a bit and we got ready for bed a little after 11:00. 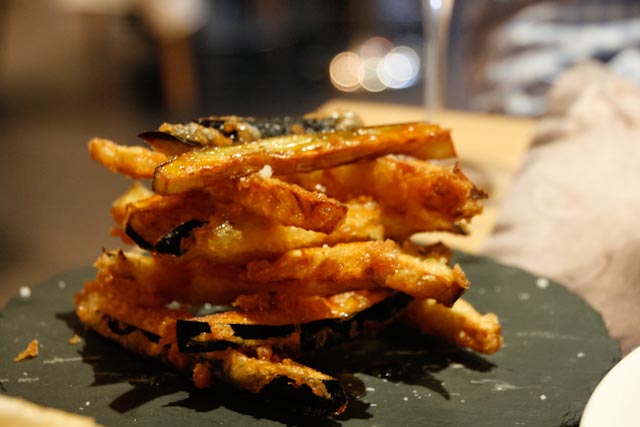 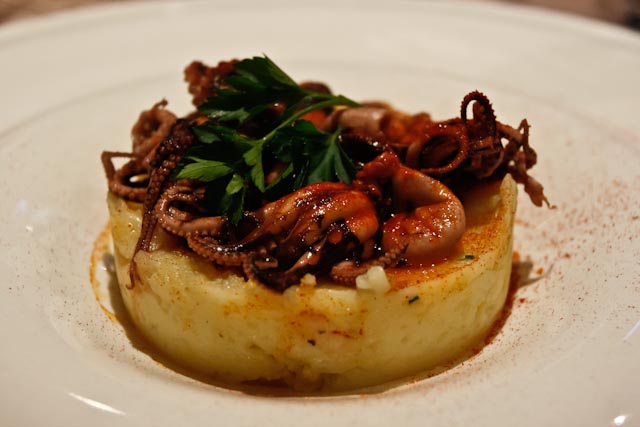 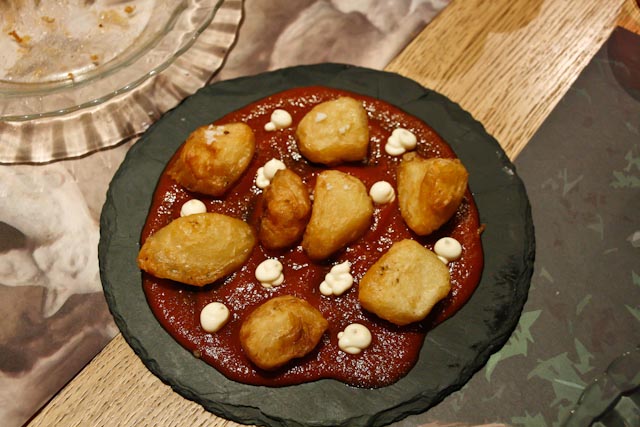 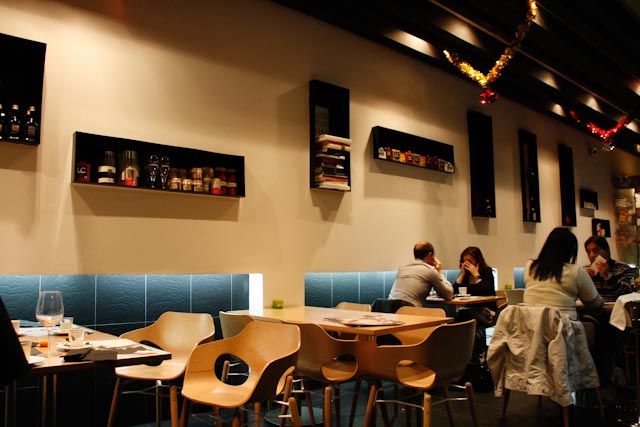 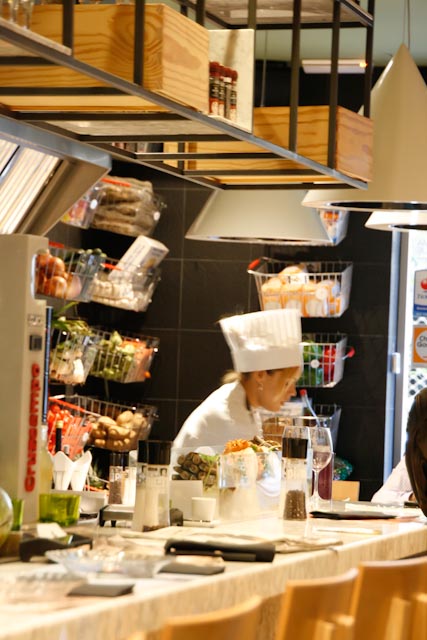