Yesterday’s weather forecast called for a windy day and that was exactly what we got.  The winds were whipping things around as they swirled in gusts of thirty miles per hour and more.  The ice cream cone sign that hangs to the right of our balcony kept moving back and forth and there were a few moments when I thought it was going to snap off.  We received the southern end of a system that was working its way north through the Basque Provinces.  The winds there were clocked at eight five miles an hour with some gusts as strong as one hundred miles per hour.  Many flights in and out of Bilbao had to either be canceled or diverted.

Susan got her nails done yesterday morning and I took advantage of the time to write my Friday blog post and to work on same magic ideas.  When Susan returned we went to the frame shop and picked up the two pictures she had them frame and a rather large copy of her photo of the “fish” at the City of Arts and Sciences which they printed on linen and mounted on stretchers.  They did a great job and the total price for all three projects was 92 Euros.  We did some shifting of the photos that were already on the wall and now our little home away from home is looking more and more like the Kaplans live here.

Pepe sent me a link about a magic performance space that recently opened up in Madrid.  It is called Teatro Encantado and it is a project that has been undertaken by one of Spain’s premiere close-up magicians, Woody Aragón.  It is an intimate space that will feature close-up magic.  What struck me most was that I was thinking about a magic project for a space here in Valencia.  In truth, when we had dinner with Ofelia and Brian the other week Ofelia lamented the fact that there was no place here in Valencia where one could see magic on a regular basis.  She is right because, although there are some clubs and cafes that occasionally feature magic, at best it happens once a month.  When we went to Café Mercedes to listen to jazz, I only needed to take one look at the space to begin to consider an idea.

The café operated Thursday through Sunday with the spotlight on jazz.  I wondered how hard would it be to convince the owners to open on a Wednesday and to come to some sort of an arrangement where they would keep the proceeds of the bar and the entertainer would get the proceeds from the tickets.  If that were possible then who would get booked at the club and who would be responsible for booking the acts and running the operation.  I mentioned this to Nacho Diago when we enjoyed Pepe’s paella on Tuesday and it peaked his curiosity.  The truth is Nacho is very busy at the moment between TV and magic, but it could be a future project.

There might even be a way for the guest magician to do a lecture or two while in town to make his visit economically viable.  There certainly is enough talent in Spain to feature a wide variety of excellent magicians and the likes of Ryan Air and other low cost airlines could greatly reduce travel expenses.  In any case, it is an idea that needs to mellow until a number of issues become clearer or get resolved.

We had lunch at home.  Susan put together a lovely salad and made a stir-fry with some of the chicken I had bought the other day.  We took life easy for the rest of the afternoon in preparation for our evening’s activities, a show called Enchanté that was playing at the Rialto Theater here in Valencia.

The Rialto is one of several theaters that are owned by the provincial government.  That allows for prices to be quite reasonable.  We paid 19 Euros apiece for our two seats in the sixth row of the orchestra.  The theater is rather small with ten rows in the orchestra and five in the balcony. My guess is that it probably accommodates 400 patrons.  As soon as 8:30 came around the show began.

Enchanté is a three-woman show that recreates a cabaret-style show that one might have seen in Paris just before the invasion of France by the Germans.  The set is minimal and all songs are accompanied by a pianist and a clarinetist.  All the songs are from that era and we got to hear songs in French, German and English.  The harmonies were tight and the choreography very good.  It was a pleasant ninety minutes and the audience truly enjoyed the show.  Here is a link to a website that describes the show and includes a brief video. http://teatres.gva.es/teatro/ficha-espectaculo-teatro/espectaculo_189/enchant

When we left the theater we went in search of something to eat.  The Ginger Loft was hosting a private party so we continued our search.  We walked past four or five possibilities because they were filled to capacity.  We finally found a table for two at Café Canela, which is owned by the same people who operate the restaurant by the same name just down the street.  We enjoyed some potatoes in an aioli sauce; a plate of fried calamari that was absolutely outstanding and we also had a tasty and interesting dish consisting of artichokes, mushrooms and foie.

When we got home we caught up with Rachel via FaceTime and then proceeded to read a while to let our evening meal digest.  It was close to 1:00 when we shut off the lights and went to bed. 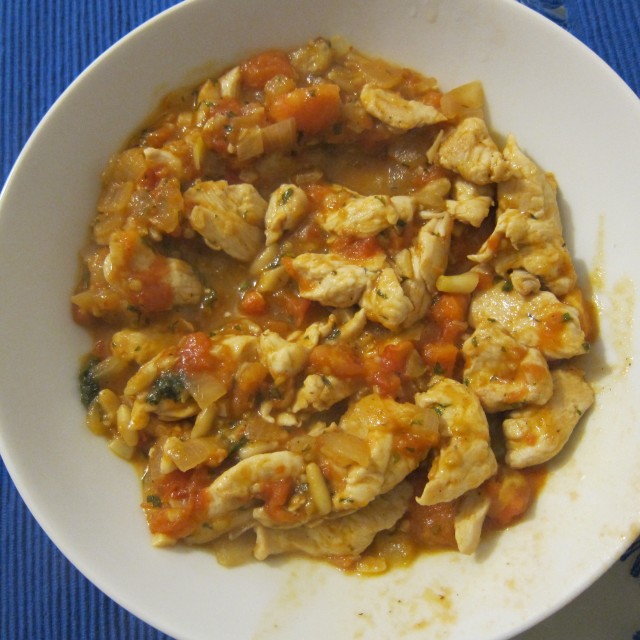 The linen print of the "fish"