Our Visitor From Colorado

Rachel arrived Tuesday afternoon after what must have seemed to be an eternal flight.  She flew from Denver to Dallas, Dallas to Madrid and then Madrid to Valencia.  The flight from Madrid was delayed so she arrived close to forty minutes late.  We got to the airport at 1:00 having taken the metro to get there.  It is a quick twenty-minute trip.

We had managed to lay in some supplies for Rachel’s visit and we hoped to add fresh fruit, vegetables and fish to the larder.  I had managed to find some kosher wines and they were already in house. Then to my great surprise I discovered a site called Delikosher that ships anywhere in Spain.  I ordered some fresh chicken, beef and lamb, as well as some cheeses and bagels and that means that Rachel will have access to variety while she is here.

Our activity has been rather low as Rachel adjusts to the time change.  We have visited the area around our place and have made several visits to the Mercado Central.  We have also made several stops for coffee and/or a beer at many of our usual places.  Thursday afternoon Susan and Rachel went to the beach to toivel some pots and pans.  Vilma, who now has her Spanish driver’s license, drove them.  Among the items to be toiveled was a paella pan so that Rachel could finally experience a paella while she learned how to make one.

Susan and Rachel have been doing quite a bit of cooking and baking.  In the past few days they have made a lemon cake, challah and rolls, two different fish dishes, a coca made with red peppers and other goodies, a coca made with caramelized onions and pine nuts and last night’s paella with chicken and vegetables.

Susan and I will be going to a guitar concert this evening and other than that we have no grand plans for the day other than to enjoy Rachel’s presence. 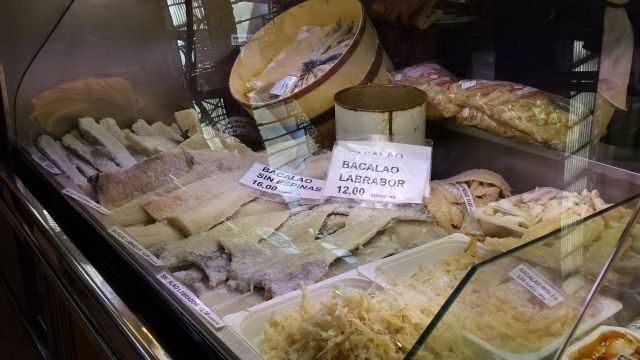 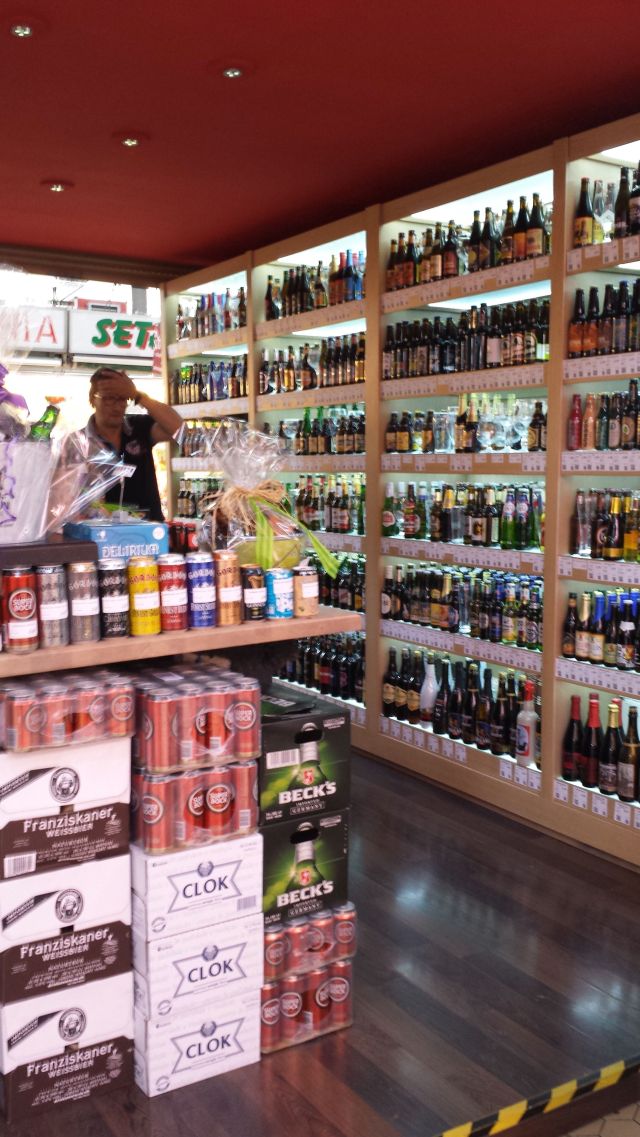 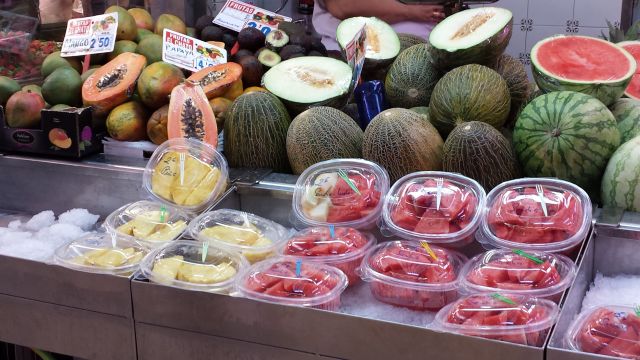 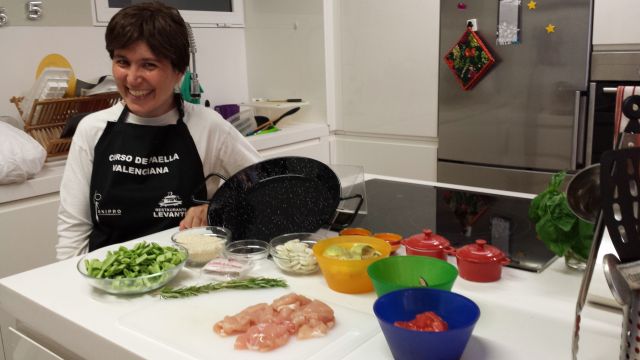 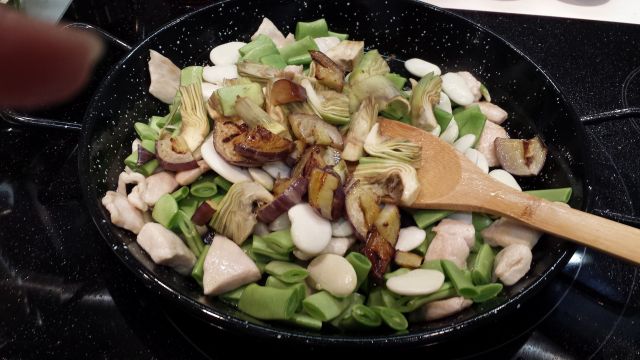 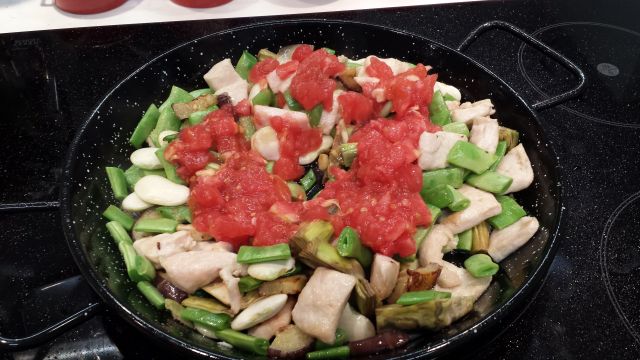 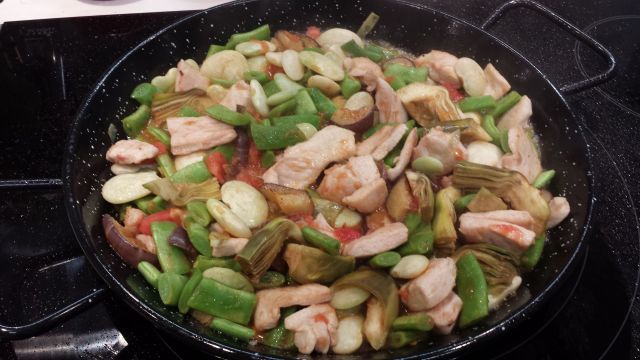 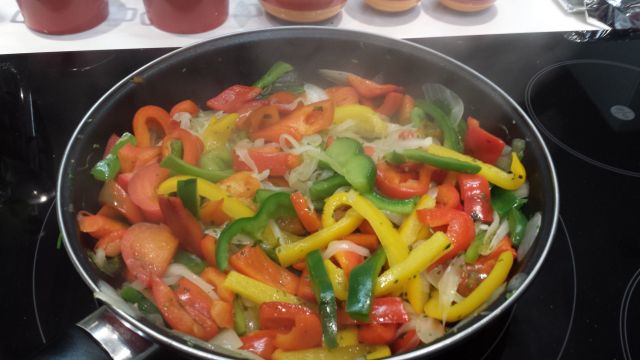 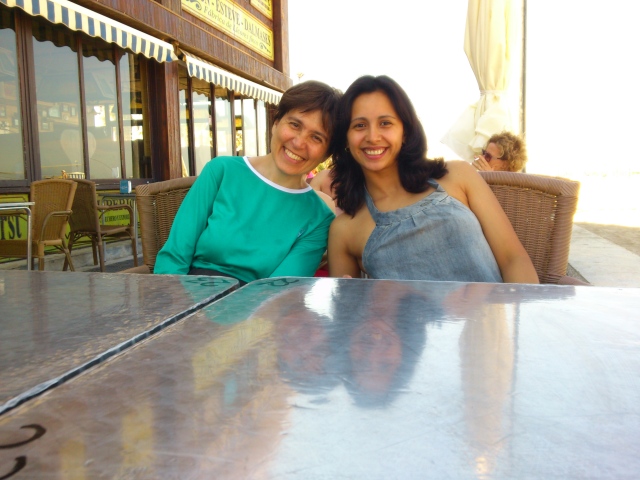