Gusty winds continue to blow in both Valencia and the Valencian Community.   Three fallas were blown down by the gusty winds yesterday and tomorrow the fallas will once again be subject to strong winds. The wind also presents a threat to all the tents that have been erected to house the casals fallers as they celebrate the holiday.  The tent in front of our building is just about complete and should be ready to be occupied tomorrow.  Still no word from the president of the casal about a magic show for the kids and, at this point in time, even if they want one it is not going to happen.  I told Sofi to go ahead and make her plans for fallas and I have not rehearsed my act for kids sufficiently to go it alone.  Also, a last minute request, to my way of thinking, shows a lack of planning, as well as disrespect for the artist who is to perform.  I guess I will just have to wait until next month to perform.

Yesterday turned out to be a rather quiet day for us.  We did get out to Seu Xerea for lunch and we had an excellent meal.  It has been a while since we visited.  The last time we were there was when Jordi was doing the cooking. The place has been remodeled and they did a fantastic job.  Everything is slick and modern with a preponderance of wood.  Even the bill is delivered on a wooden tray.  We sat down and studied the menu and had a hard time making a decision.  Troupers that we are, we finally decided on our choices.

Susan began her meal with a salad that featured a variety of greens, as well as fresh asparagus, artichoke, broccoli and green beans.  I ordered the octopus that was served on a bed of mashed potatoes.  Susan’s salad was very fresh tasting and my octopus that had been marinated and grilled was both tender and tasty.  Susan’s main course was couscous and lamb.  I had a fideuá marinera that was excellent.  We had a trifle for dessert made with sponge cake, crème anglaise and fresh fruit. We finished our meal with a café cortado.  It was 5:00 PM when we finally left the restaurant.

We gave some thought to a movie, as well as a concert in a nearby church, but, truth be told, our bodies told us we would be better off resting.  That is exactly what we did.  Susan read and I played on the computer.  We were in bed before midnight.  By the way, today’s photos include the parrillada that we had on Tuesday. 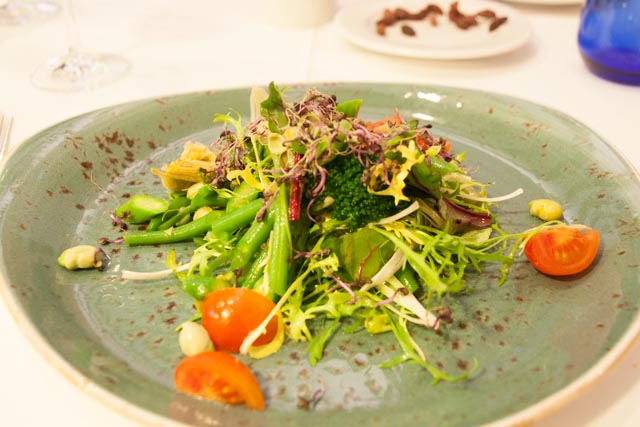 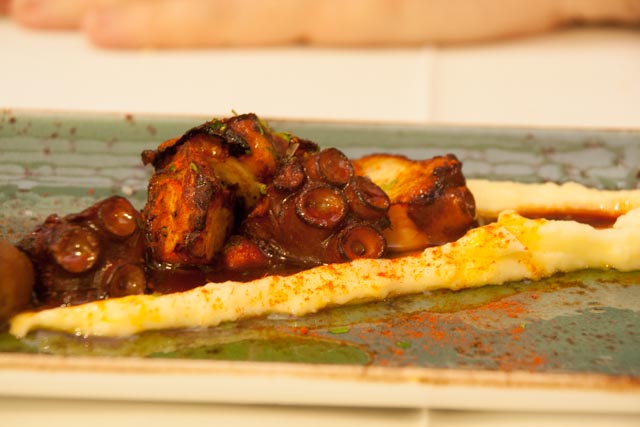 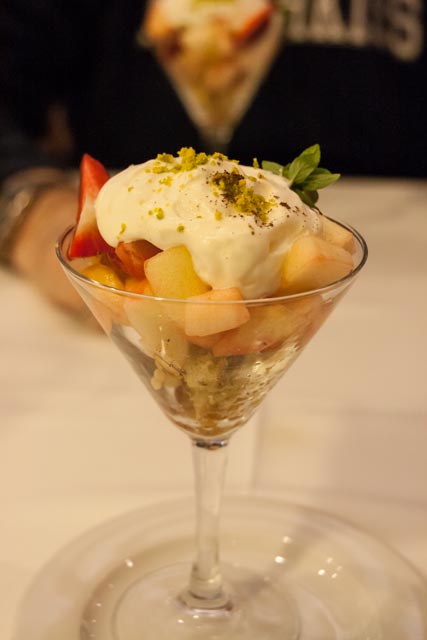 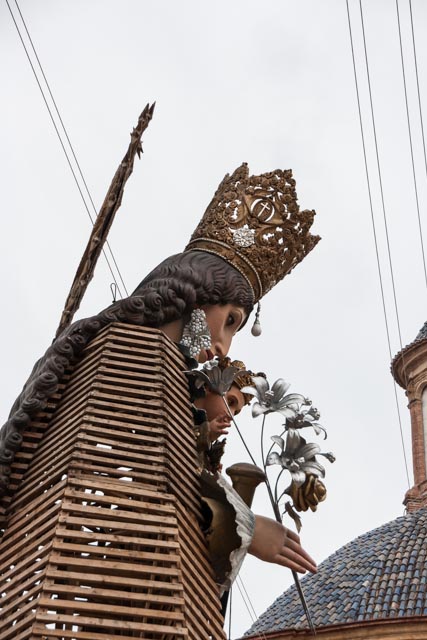 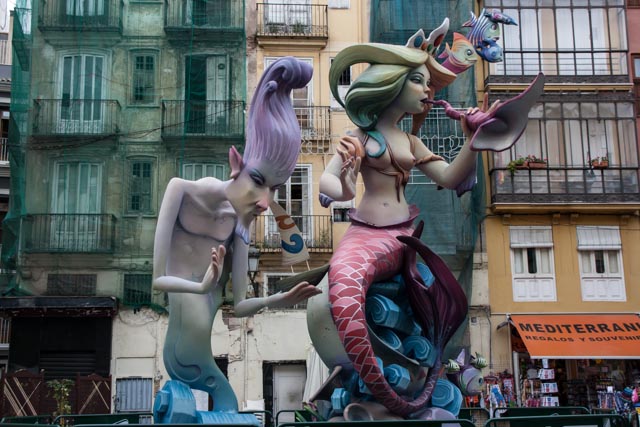