After a late night on Friday, we slept in yesterday.  We did manage to get to the market before it closed for the day and around 3:00 we decided that it might be nice to have some lunch.  That being the case we thought we would amble over to Carosel and see if there was space on the terrace for us since it was a warm sunny day.  When we arrived the place was hopping and we managed to get the last available table.  Joanna and Carol, Jordi’s wife and daughter, were outside and they joined us at our table.

Fifty covers for a Saturday lunch at Carosel is a good Saturday.  Today Jordi did ninety covers.  Little by little the crowds are growing as Fallas approach and when the 2:00 PM mascletá ends there are lots of people looking for places to eat.  The kitchen was challenged to the max and it took a little longer for food to arrive.  That is not to say the delay was interminable.  The truth is that sitting in the sun, playing with Joanna and sipping a beer made the time go by quickly.  We were surprised that it was 5:00 o’clock when we got up from the table.  All the appetizers were enjoyable, but for me the star of this meal was the arroz mariner meloso.  It was brimming with all kinds of shellfish and the rice was, as usual, cooked to perfection.

Our next stop was La Terraza del MuVIM.  Jordi and family had moved over there to see how things were going.  When we arrived the terrace was filled to overflowing and all the indoor tables were filled.  Susan took a few pictures and we sat for a while.  We then headed back home to rest up for the evening’s activity.

We took our seats in the auditorium of the Museo de Bellas Artes a little before 7:00.  The room was filled to overflowing for the 539th concert in a series that began many years ago.  The program this evening was an homage to Juan Luis González on the 15th anniversary of his passing.  There were eleven different performers and nine of them were guitarists.  The other two were a violinist and a percussionist.  The program was varied and featured works that ranged from the classical to the experimental.  The concert ended with eight of the guitarists playing an arrangement of one of González’s works entitled Amanecer.  The concert ended at 9:30 and we returned home to rest up for the next event on our schedule.

Michele, whom we know from La Fórcola, is working with an organization called Guida Valencia that organizes a variety of events here in Valencia.  Michele is working on publicity for the group and is quite busy shooting videos and photos of all the goings-on here in the city.  One of the events that the group has organized is an opportunity to view the mascletás from the vantage point of the balcony of an 8th story office that overlooks the Plaza de Ayuntamiento.  Last night there was a fireworks display at midnight.  We were the first to arrive at 11:00, according to Michele’s suggestion, and surprised the workers who were in the process of setting up the bar.

Little by little the guests began to arrive and I would guess that there were about forty of us gathered when the fireworks began.  The view was spectacular and we certainly felt that we got our money’s worth for our 15 Euro per person entrance price.  Not only was there a spectacular view of the festivities, but also there was an open bar and a number of snacks.  We spent a lot of time chatting with a visiting couple from Italy and I chatted with a couple of young ladies who wanted to practice their English.  Interestingly enough, both were former falleras infantiles.  I ran out of gas at 12:30 and so Susan and I made our way back home.  We stayed up for another hour to let the excitement die down and the food and drink digest.  This was the most event-filled day that we have had thus far this year.  Here is a video link to last night’s fireworks and a number of Susan’s pictures.  Enjoy! 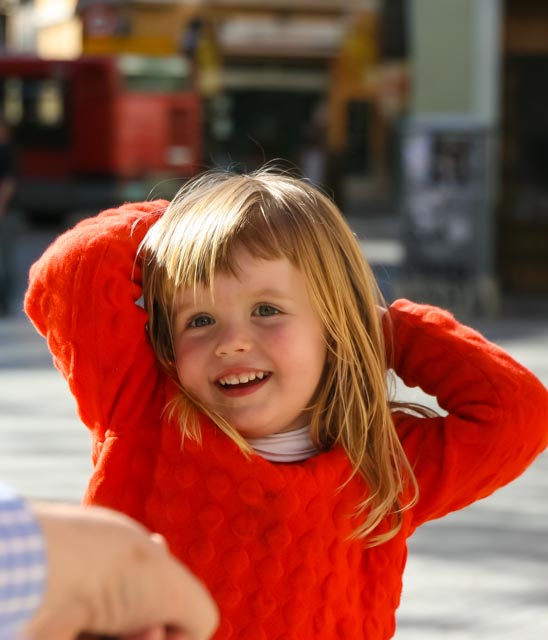 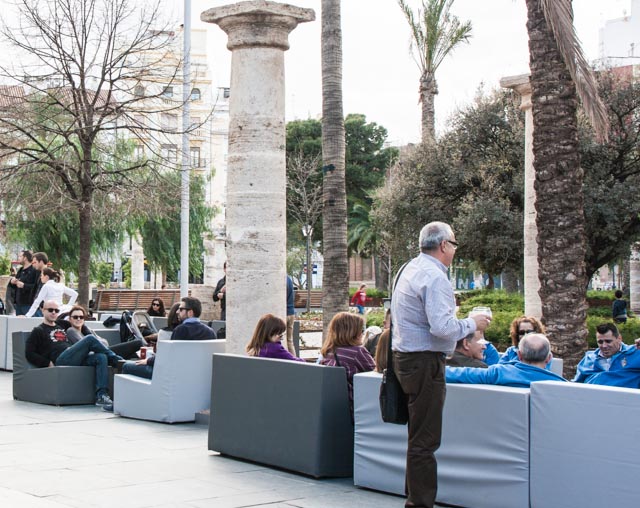 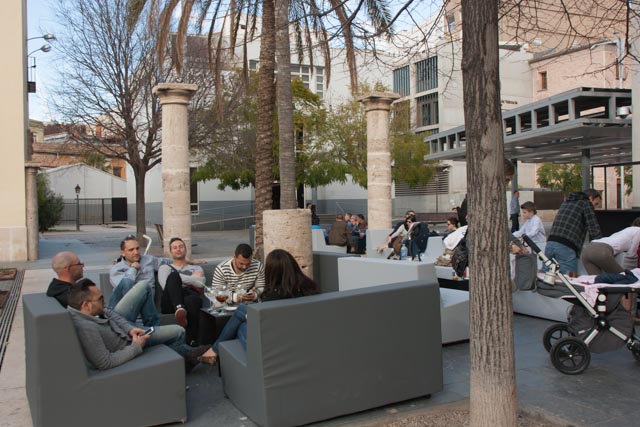 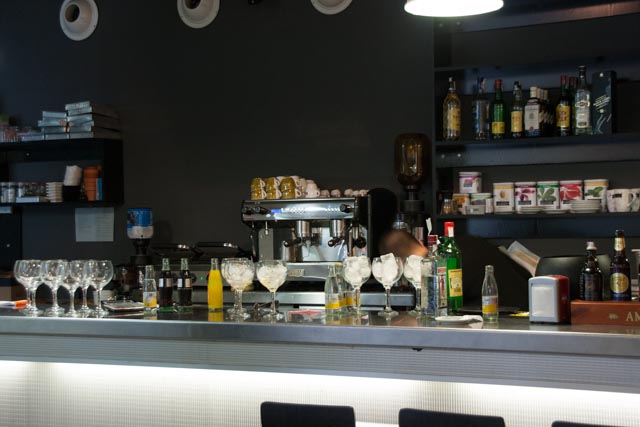 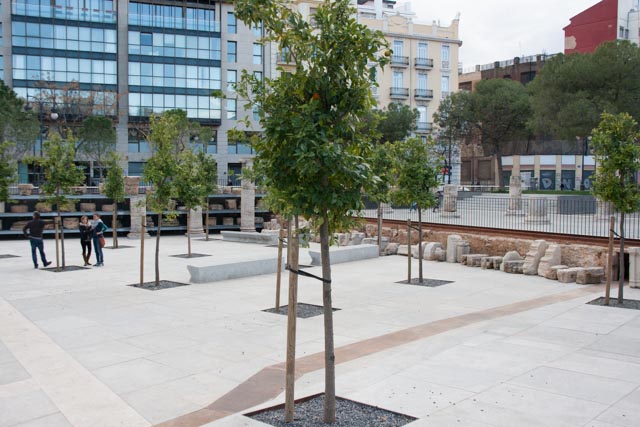 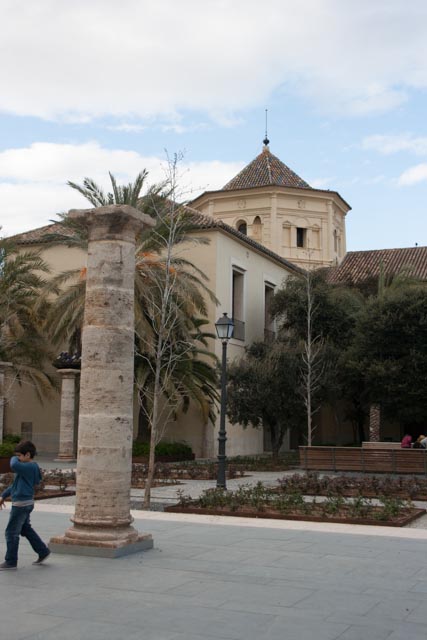 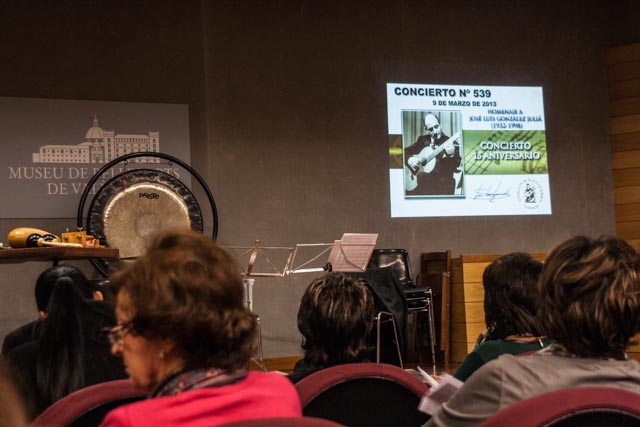 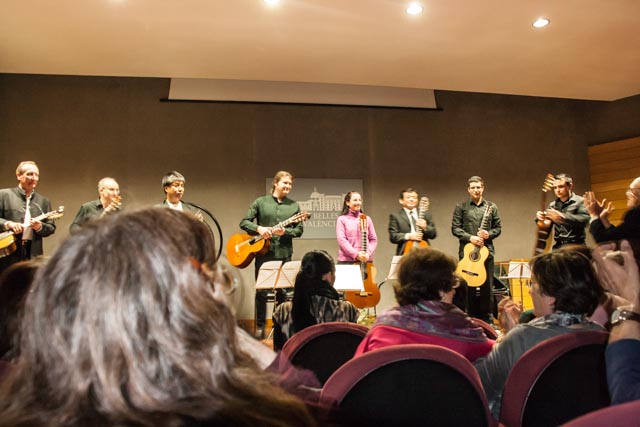 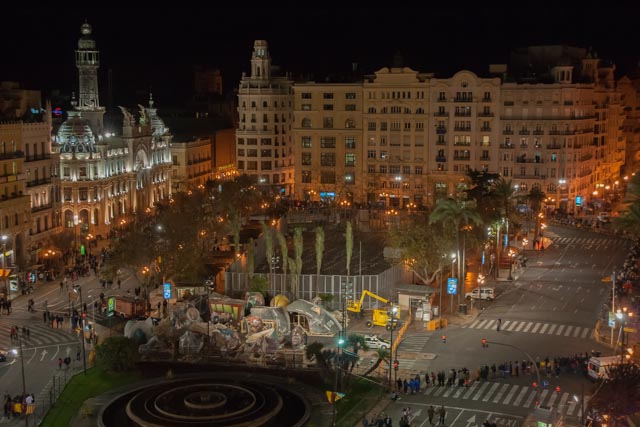 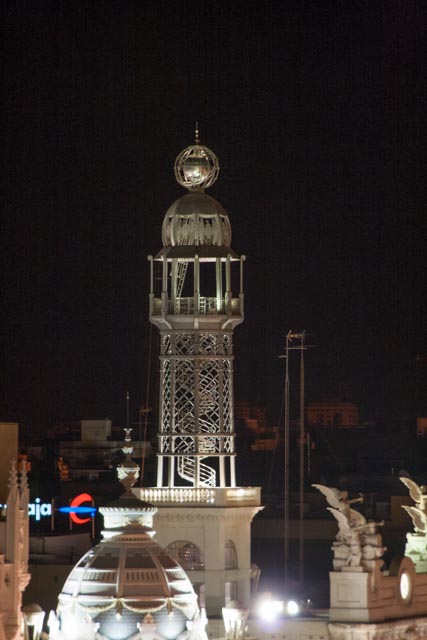 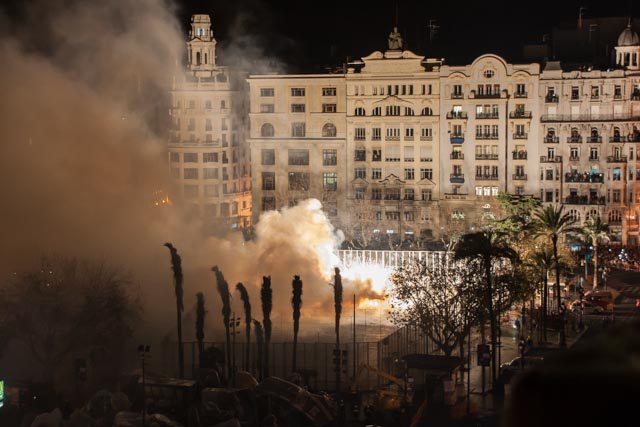 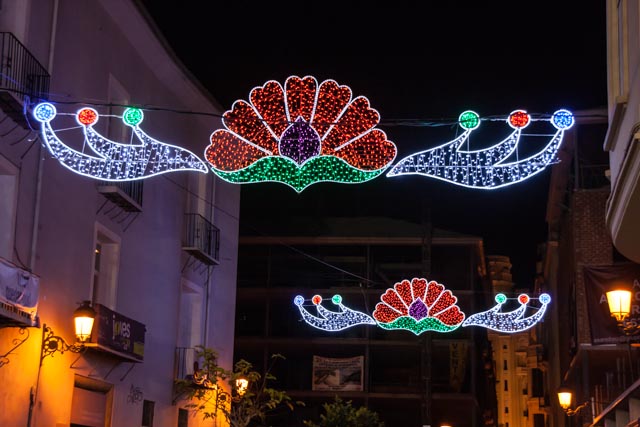