It is becoming more and more obvious that Fallas are drawing near.  Electric street signs are appearing all over the city.  Women in traditional dress and hairdos seem to be omnipresent.  All the casales fallers are electric with activity, as they get ready for the mid-March celebration.  There was a despartá at 8:00 o’clock this morning.  The despertá is a daily tradition during Fallas and it is essentially a sound explosion as a goodly number of devices are set off. The despertá and its big brother the mascletá take place in the Plaza de Ayuntamiento and we now live just a stone’s throw away from there.  We had no trouble whatsoever hearing this morning’s despertá.

The newspapers every morning are filled with details of the latest news of corruption both political and otherwise.  The King’s son-in-law is under investigation for having solicited public funds for non-existent events and salting the money away in a foreign bank account.  Rumor has it that other members of the royal family were involved.  The Partido Popular keeps trying to distance itself from the Bárcenas scandal.  Bárcenas was a former treasurer of the PP who, as it turns out, had a 22 million Euro bank account in Switzerland and we later discovered that there existed a separate account that had 9 million in it.  His purported books show a number of payoffs from large construction companies and to a number of PP officials including the current Prime Minister.  There is also a scandal involving the mayor of Valencia.

The drill seems to be to deny everything, attack the attackers, talk about conspiracy theories and claim that your attackers are either anti-democratic or reds.  The irony is that the political parties here have been in bed with the bankers and the large construction companies that caused the economic disaster here in Spain and they are among those who are suffering the least.

As if we had not dined out enough this week, yesterday we decided to visit La Comisaría and take a look at the new menu.  It turned out that Eddie was not cooking yesterday afternoon.  The good new is that Carlos, El Tigre, was in charge of the kitchen.  When we walked in at 2:30 we were the only customers, but little by little the restaurant filled to capacity and it was necessary to call in extra help to deal with the situation.

The menu has been extensively revised.  My impression was that four or five dishes from the old menu have made it to the new one.  We decided to try three new dishes and a familiar fourth one that was a bit different from its previous incarnation.  We had the empanaditas, dim sum vegetariano, sushi grade salmon that had been lightly smoked and served with wasabi, and a salad that featured what I can only describe as divine eggplant.  We passed on dessert, but we did have coffee.

While we were dining, the wind had picked up in intensity and when we finally made our way home we decided that the best course of action was to stay indoors for the rest of the day and to spend out time reading, watching some TV and playing on the computer. 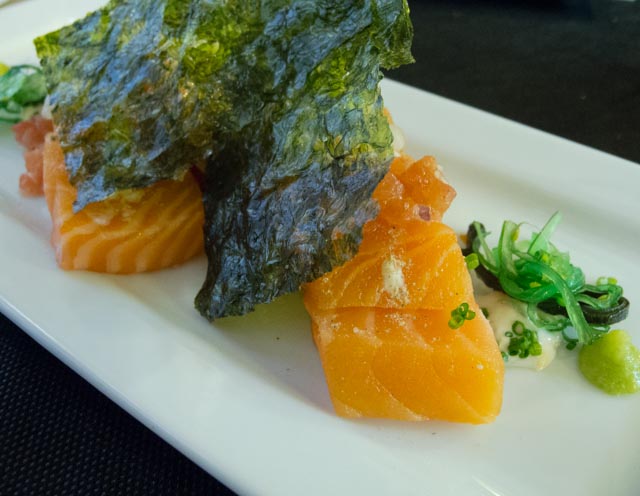 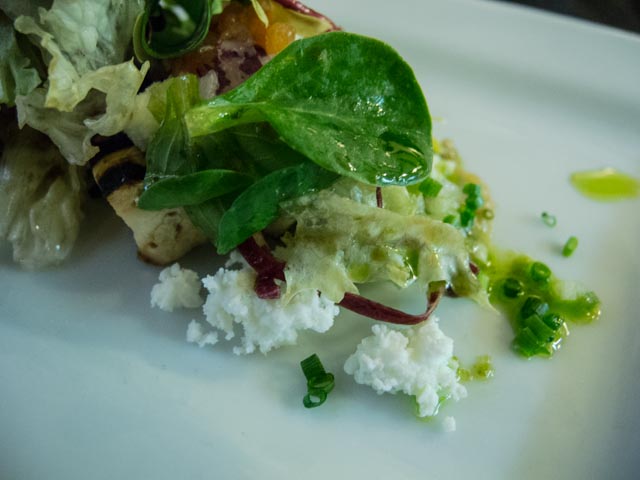