Bet You Can’t Eat ONE!

I spent most of yesterday practicing some of the effects I planned to do in this afternoon’s show.  It occurred to me that I have not worked for kids since the end of 2010.  To complicate matters a bit more I have never done a show in Spanish before.  The first magic show I ever did for kids was in January of 2010 and it was for the bilingual kindergarten classes at San Rafael Elementary School in Pasadena.  I came across the list of effects that I did at my first show for kids and interestingly enough I have eliminated every single one of them from my repertoire.  In the course of a year I learned what plays well for kids and what does not.  Now the question is do Spanish kids react the same way to my magic, as do American kids?  We shall see.

Last night Jordi had invited us to a unique food event.  The price of admission was 100 Euros per person with the promise that we would get to experience the best seafood, beef and wine that is available in Spain. Who could resist?  At precisely 9:00 PM nine of us sat down to one of the best food experiences that I have ever had.              The menu included percebes (barnacles), gambas rojas (jumbo red shrimp from the water of Alicante, almejas crudas  (raw clams with a touch of lemon), and cigalas (crawfish).  Keep in mind, however, we are talking about plates-full of these beauties making their way to the table.  Jordi picked a nice Riesling to go along with the seafood.  Wine glasses were switched out and we began to drink one of the finest Rioja wines available, La Cueva del Contador.  The steaks that had been grilled over wood were prime examples of vaca gallega, the best beef that is available in Spain.  Six steaks were put on the grill and there was easily fifteen pounds of beef brought to the table and we were unable to finish it off, but we did a commendable job.  Next came dessert and coffee.  To finish the meal off and to finish off we sampled gin and tonics made with the finest gin available in Spain and rum and Coke made with an award winning Guatemalan rum.

The party was still in progress when Susan and I left at midnight.  The good news is that Carosel is a five-minute walk from the house.  I imagine that it could be a fifteen-minute crawl, but the good news is that we did not need to do that kind of research las t night.  We stayed up for a while to let things digest and it was probably 1:00 o’clock when we finally went to bed knowing that it was going to be a bit difficult to rise and shine in the morning. 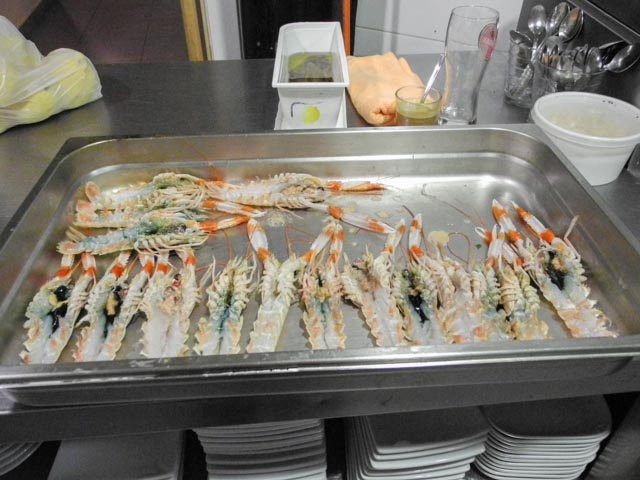 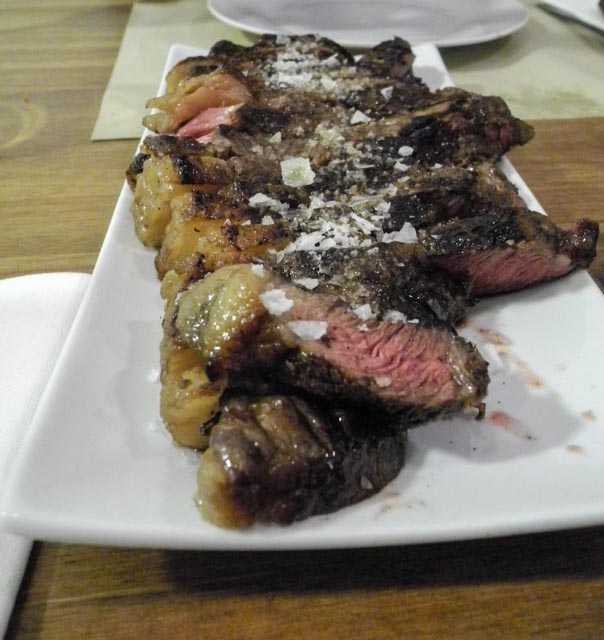 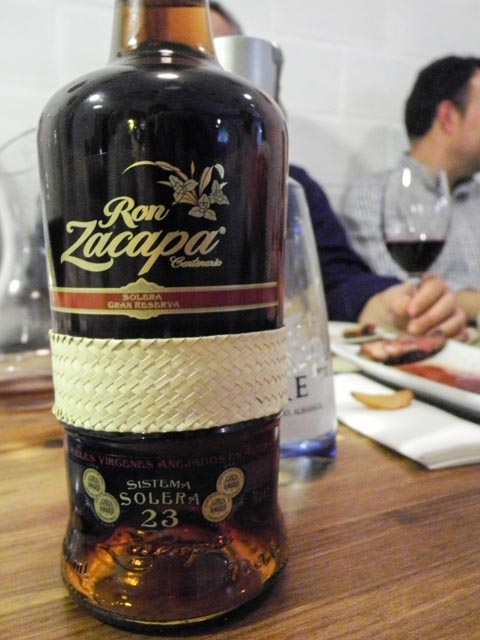 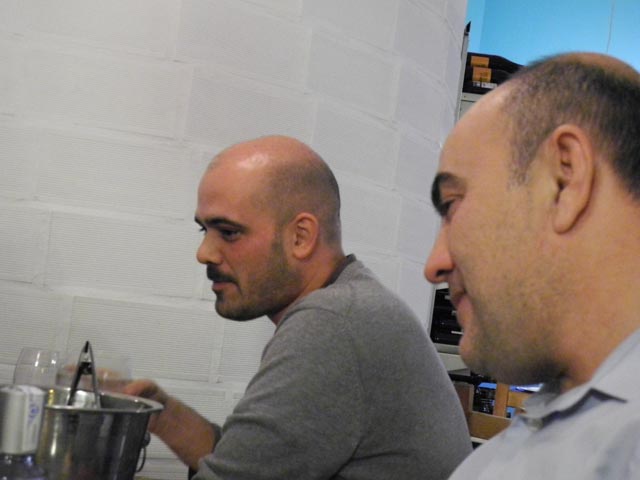 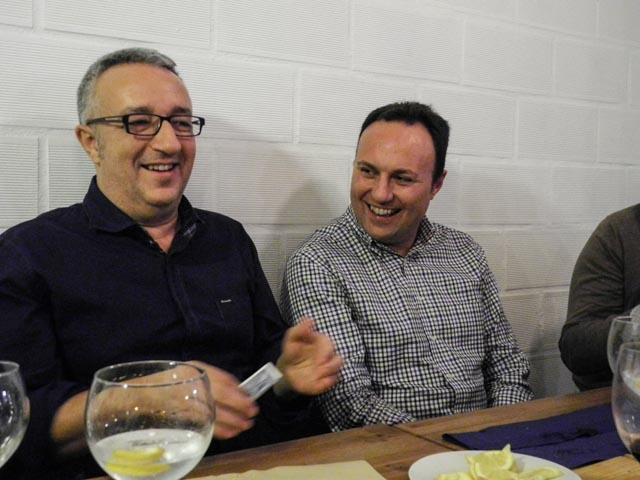