Susan had a rigorous workout at her Pilates class yesterday morning while I continued the ice and elevation routine.  I got in three mini-trips yesterday with the idea of exercising the knee while not overdoing.  My walk to and from the CIVAC meeting was pain free.  Obviously, that is a good sign.

We had lunch at La Fórcola and opted for the menu of the day.  Susan and I both started with the salad and then moved on to the pasta dish.  We both chose ice cream for our dessert and finished our meal with coffee.  While we were there we made a reservation for next Monday evening when we will meet up with a couple, Helen and Chris Kelly, an American couple who are flirting with the ide of moving to Valencia.  Darío Piera, whom I have known for fifteen years, gave them my e-mail address and told them to get in touch.

I headed out to the CIVAC meeting a little before 8:00.  Aldo Colombini and his wife, Rachel, were lecturing and I wanted to get there a bit early so I could get a good seat.  I have not seen Aldo for a while.  He used to live in Los Angeles and worked the Castle frequently.  He has since moved to Ocala, Florida and both he and Rachel have been touring the world in what has been billed as their farewell tour.  They are quick to point out that they are not getting out of magic.  They will continue to make new effects and DVD’s from their Florida studios and they will make appearances at magic conventions.  However, lecture tours for them will be a thing of the past.

Aldo and I chatted on many occasions and had lunch together a number of times.  The last time I joined him for lunch he was meeting with my good friend, Robin Robertson.  At that point in time Aldo, Robin and Peter Duffie were working on a book together.  Their partnership lasted for the one publication and then there was a parting of the ways that was not very amicable.  Amazingly, when I walked up to say hello Aldo immediately recognized me.  We chatted for a while until it was time for the lecture to begin.  The crowd, which is the largest I have ever seen at a lecture, finally settled down and the lecture began.

Pepe approached me as the lecture began and asked if I would be willing to translate for Rachel since she spoke no Spanish.  He also asked his son, Jaime, to do some of the translation, also.  This was a new experience for me since I have never done translation at a magic event, but it went off well.  I translated Rachel’s first effect and explanation and Jaime translated her closing effect of the first half of the lecture.  I was the translator for the second half and Aldo also used me as a resource when he got stuck for a word here and there.

At the end of their lecture they offered their lecture notes for sale, as well as a number of DVD’s.  Sales were brisk.  When the lecture was over we all sat down at the tables and continued our conversation over sandwiches and beer.  I sat next to Aldo and Rachel and we chatted for another hour or so.  They are currently on a twenty-seven stop tour of Spain and are about halfway through.  Their American tour took them to eighty-two different stops.  They will return home until September when they will visit Germany where they have fifteen lectures scheduled and that will be the final stop on their farewell tour.

At 11:00 PM I left the party and headed back home.  When I walked through the door Susan was reading and watching an episode of CSI Miami.  She headed for bed a little before midnight because she is to meet the girls from her Pilates class at 9:30 tomorrow morning as they make a visit to a nearby Mercado. 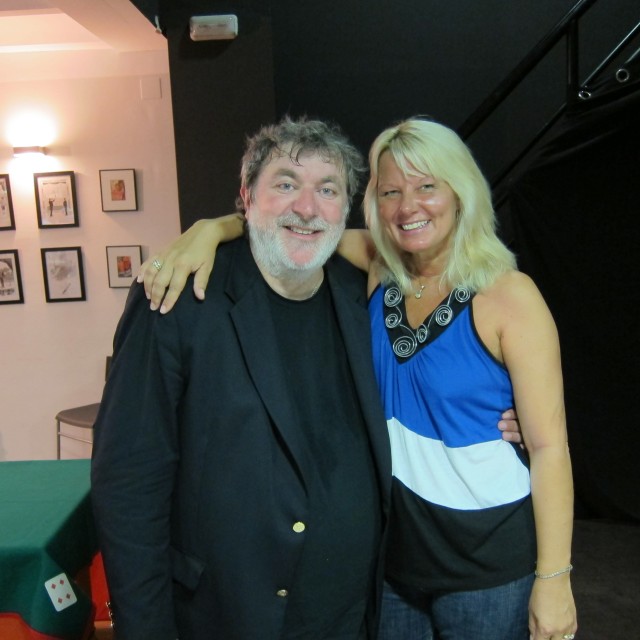 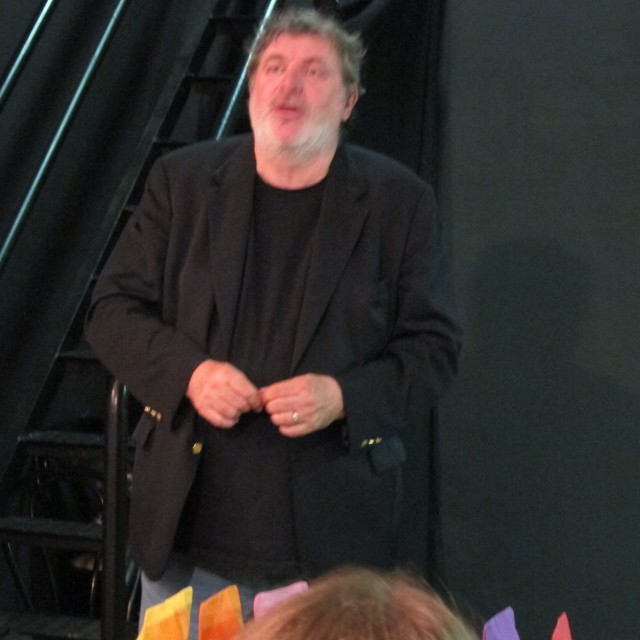 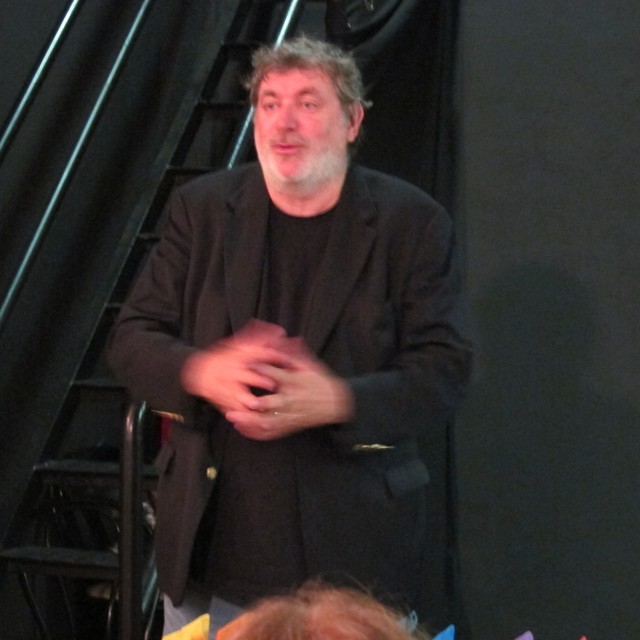 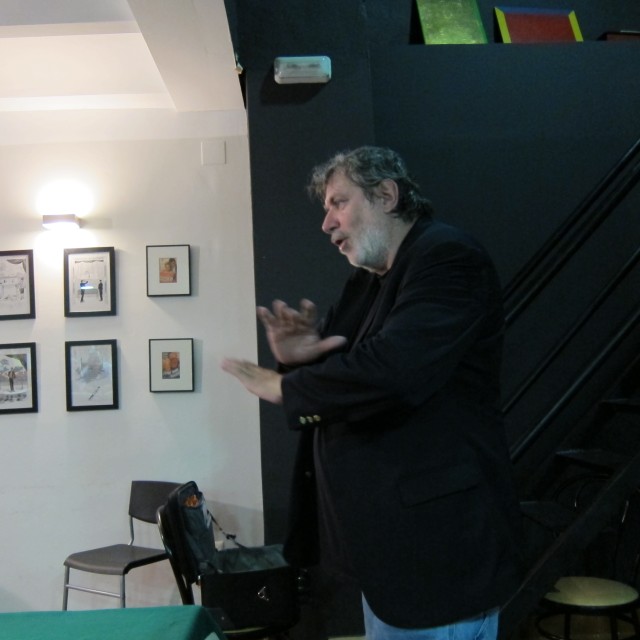 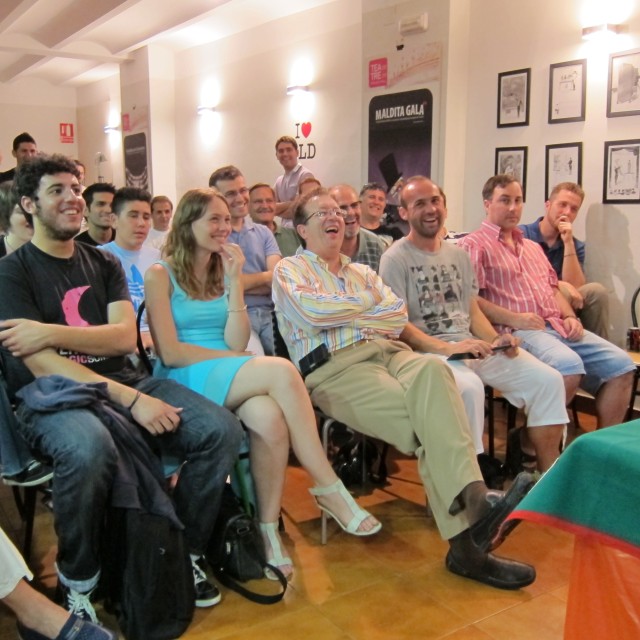 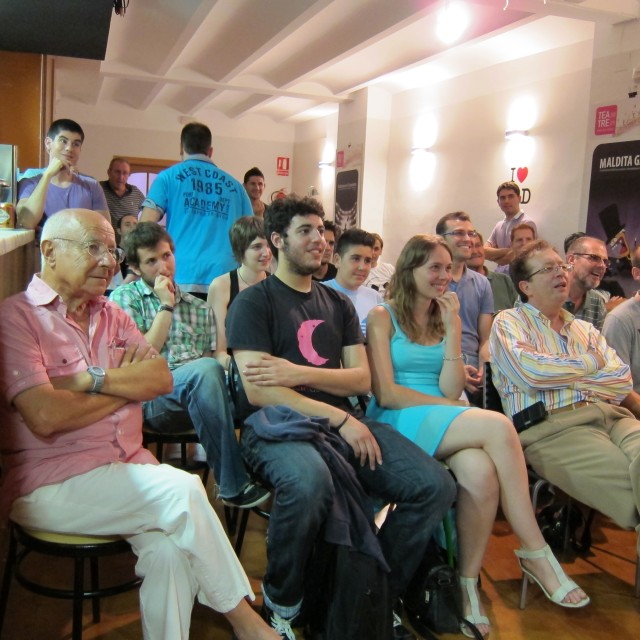 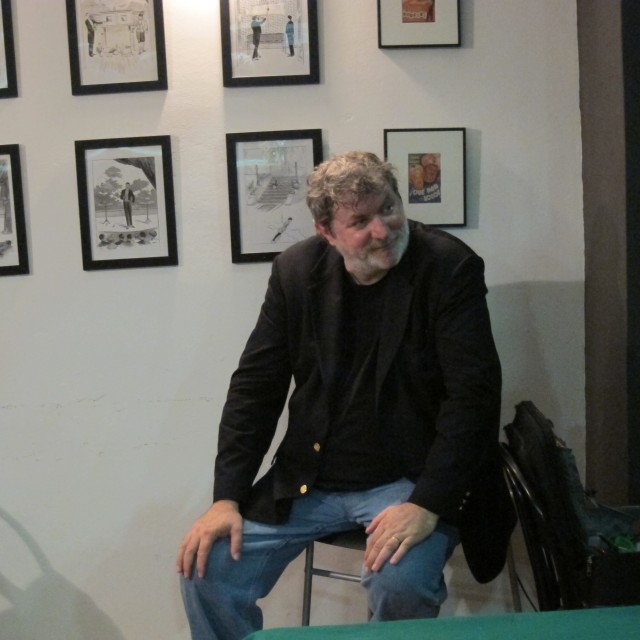 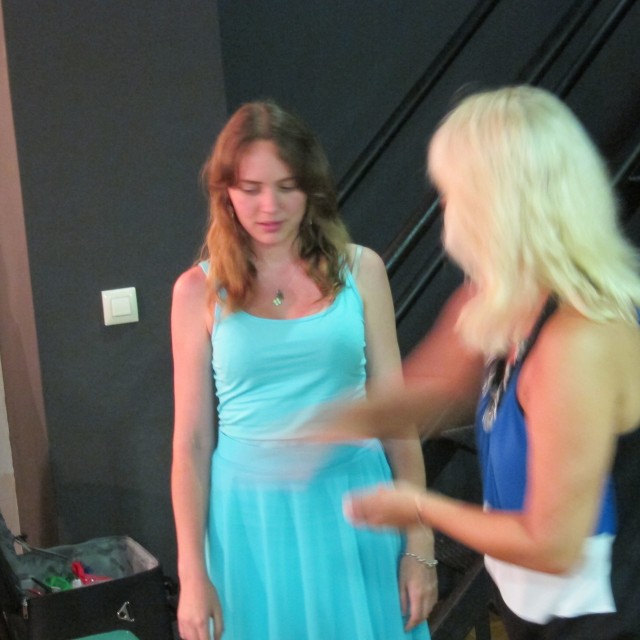 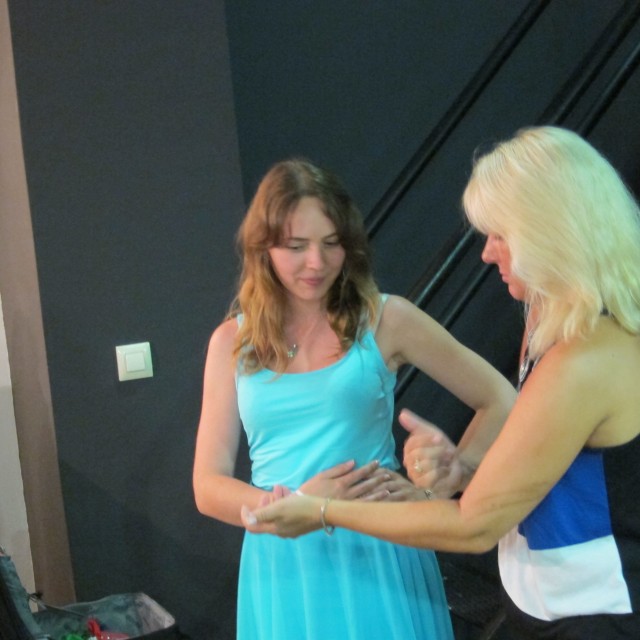 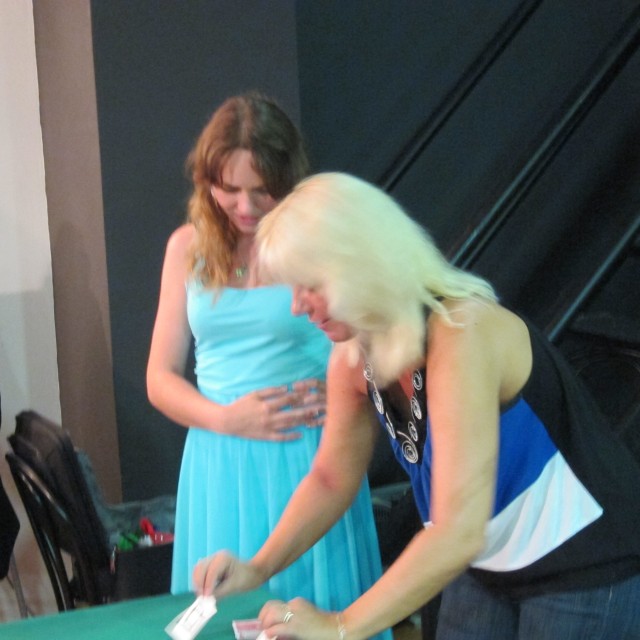 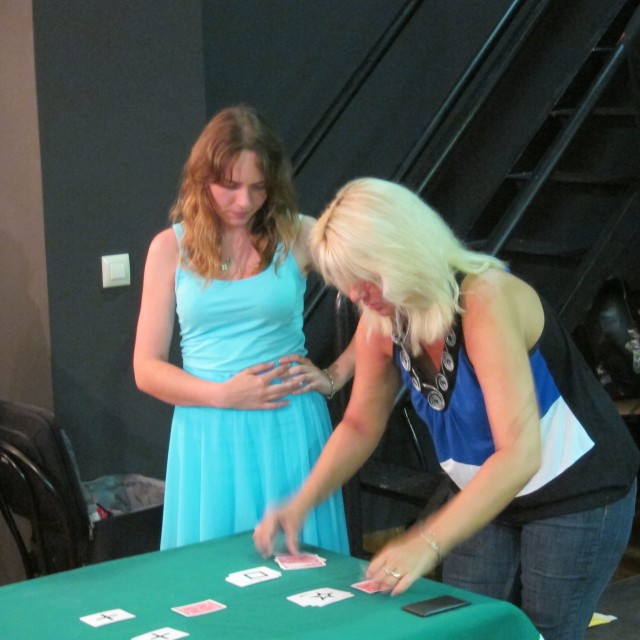 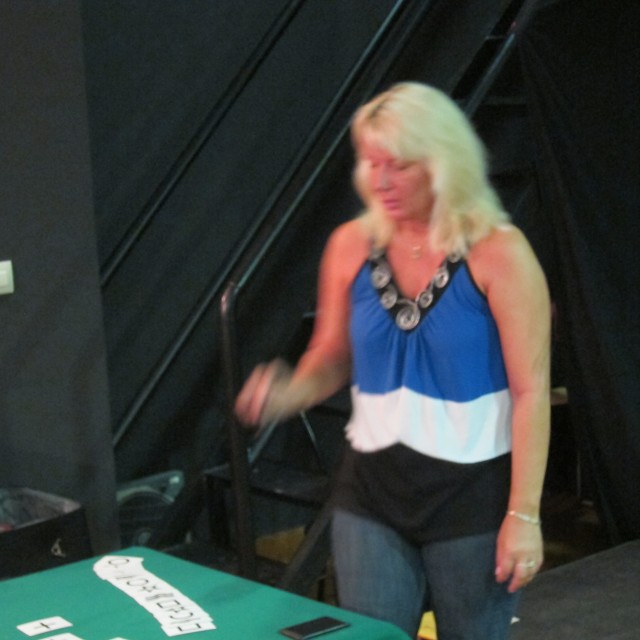 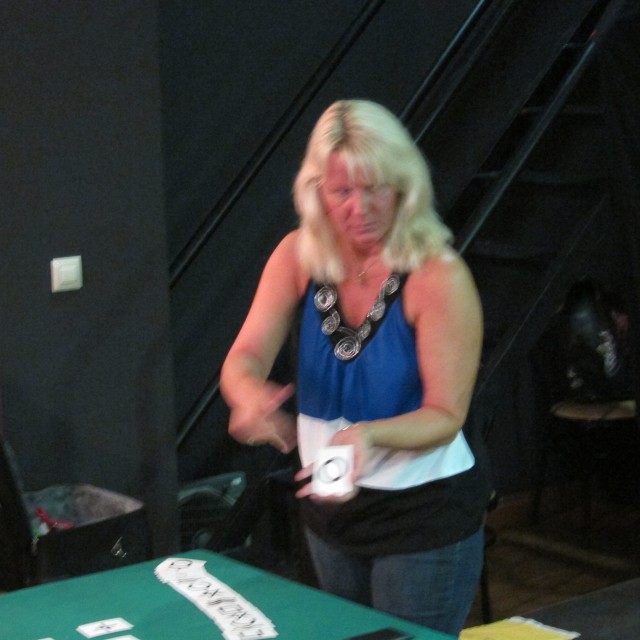 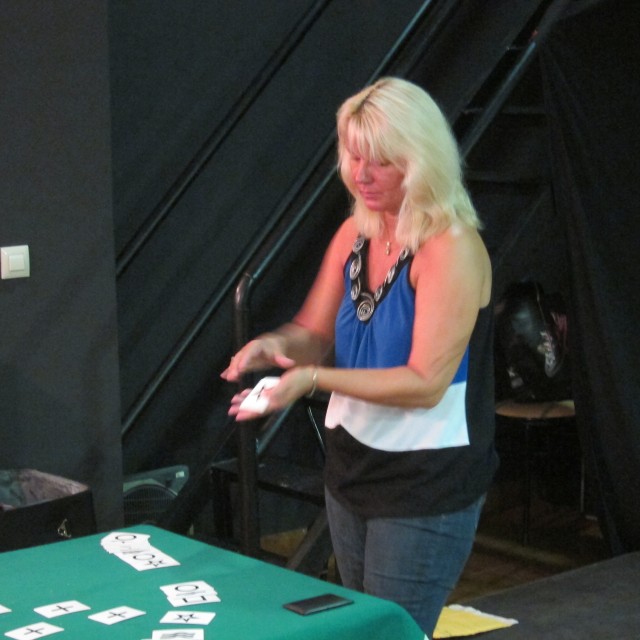