I have two more physical therapy sessions before I meet with my doctor who is directing my physical therapy on Tuesday and a follow up appointment with the traumatologist on Wednesday.  The knee is doing substantially better, but there is still a ways to go.  I am able to walk greater distances, but there comes a point when the limp returns.  I think that physical therapy has done all that it can do and it will be up to me to continue with the isometric exercises and get back to the gym to try and get everything back to where I would like it to be.

We made a quick trip to the market yesterday and stocked up on fruit and vegetables.  Strawberries abound at many stalls and this particular crop is from Valencia proper.  We also stopped off at El Parisien and ended up with three loaves of bread.  Their special bread of the month is made with a variety of nuts and dried fruits.  It is very tasty and went well with the salad that Susan prepared for lunch.  We wanted to eat light because we were going out to dinner with Brian and Ofelia.

We had a 9:00 o’clock reservation at Sorsi e Morsi and we decided to go by bus.  When we passed by the restaurant at 8:45 everything was shut tighter than a drum.  Since they don’t open their doors until 9:00 we stopped at a nearby bar for a cup of coffee and at 9:00 we headed back to the restaurant.  Everything was still closed and there was no sign of life.  Ofelia had arrived first and Brian was soon to follow.  It was Brian who told us that there was a second Sorsi e Morsi across the river and it turned out that the reservation that Susan had made was at that one.  The one in Ruzafá is only open for dinner on Thursday through Sunday in spite of what their sign says!!!!!!!   It was time for Plan B.

We decided that we would try Appetite, which is a few blocks away.  It too was closed due to the change in their hours of operation.  It began to feel that we were somehow trapped in a Valencian version of “Groundhog Day” because this is precisely what happened two weeks ago.  This time, however, we did not end up at El Fino.  We decided to give Maridaje a try.

The restaurant had been mentioned favorably in a 2010 NY Times article and, as we discovered later, it has been open for six years.  Their lunch menu includes a choice of five appetizers and there are always two rice dishes of the day from which to choose.  The menu in the evening is tapas style with a wide choice of salads, as well as hot and cold dishes.  There is an enormous wine cellar at the back of the restaurant that houses multiple bottles of 144 different wines.  When we walked in there was only one customer and he was at the bar.  We were seated by the owner and we studied the menu.

After careful study we ordered the following: a salad of lettuces with gambas al ajillo y crujientes de bacon – warm shrimp that had been cooked in olive oil with generous amounts of garlic and bacon bits; tostas de figatell – a small hamburger patty made with a mixture of liver and bacon, along with a variety of spices that tastes much better than it sounds; a crujiente de espinacas – spinach prepared in puff pastry; a variety of embutidos made in a town called Ontinyent; and finally a plate of pork medallions from the acorn fed Iberian black pig.  Everything was outstanding!  We also managed to down two bottles of wine and there was enough room left for the four of us to share a dessert of torrija topped with a velvety smooth scoop of vanilla ice cream.  I did some magic for the table and, as we were leaving, I did a magic effect for the owner.  It was a bit after midnight when we left the restaurant.  Brian kindly drove us back home and on the way we talked about several possibilities for an upcoming weekend excursion.  It was close to 1:00 when we finally went to bed. 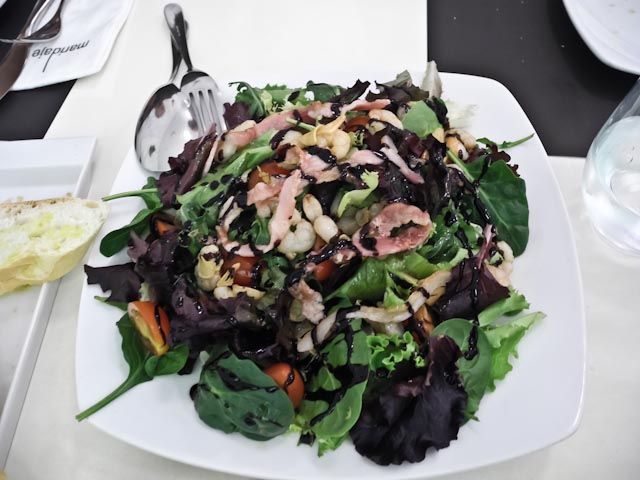 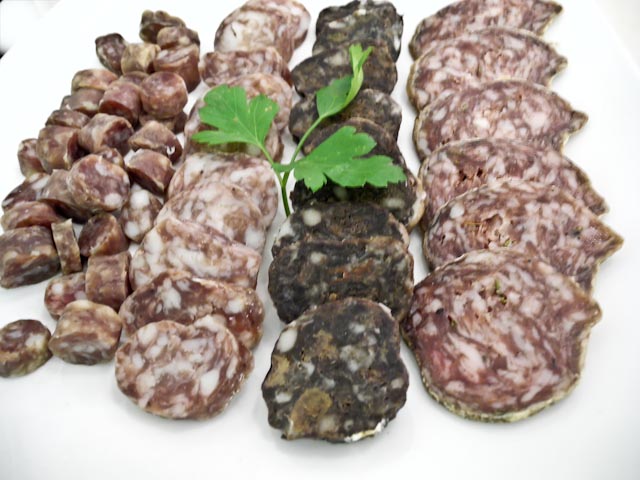 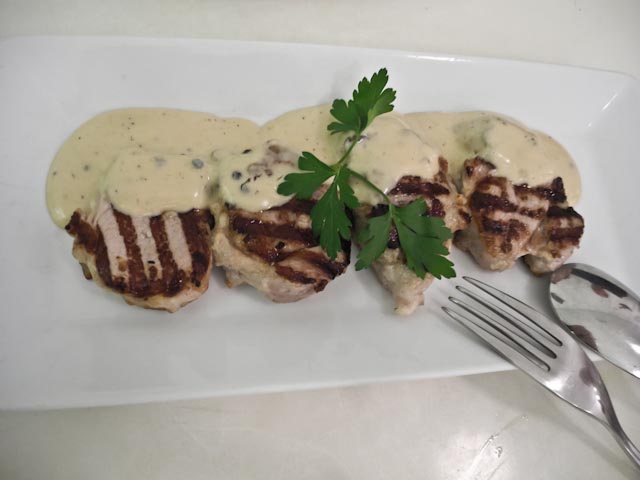 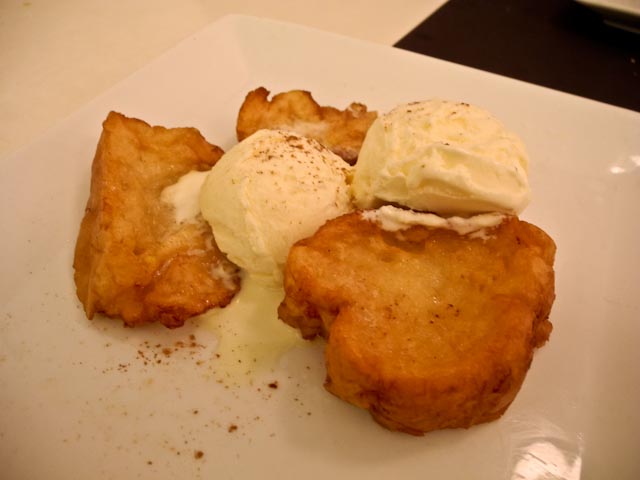