Guess what?  You’re right!  It’s another día festivo here in all of Spain.  It is El Día del Trabajador, which would be the equivalent of our Labor Day.  So, most everything is closed down, although many bars and restaurants will stay open.  Many people took Friday off so they could have a four-day holiday.  Tomorrow in Madrid it is El Día de la Comunidad so that means a five day holiday for those who took Friday off.  The overabundance of holidays, both civil and religious, is one of the reasons why new foreign capital is reluctant to invest in Spain.  There are too may days when work does not get done and that does not include vacations.

Yesterday we were packed and ready to go by 11:30 so we checked out and left the bags with the front desk.  There is a VIPS around the corner from the hotel so we decided to have our breakfast there.  VIPS is a chain that in addition to a restaurant has another section where they sell beverages, snacks, newspapers, magazines, books, water and alcohol.  They also sell gift items.  We took a table by the window, ordered our breakfast and watched the world go by.  We left VIPS at 12:30 and went in search of a drugstore to pick up a few items and we returned to the hotel to get our bags and take a cab to the train station.

Our train was scheduled to depart at 2:10 and they opened the train for boarding at 1:40.  We settled in our seats and waited for the train to depart and it did so on time.  The return trip was fifteen minutes shorter than our Friday trio because there were no stops at Cuenca or Utiel Requena.  Our train arrived five minutes early and when we exited the station we took the seven-minute cab ride to our home.  We unpacked and checked our e-mail and then decided to stop by Miguel’s to pick up a couple of packages that had arrived.  Miguel was out of the office so we decided to stop by Mantequería Chisbert and let Nacho prepare a snack for us.

He spent a while explaining to us his decision to close on Saturday afternoons and Sunday so that he could have the semblance of a real life that included other activities beside work.  He will now open on Mondays and work a five and a half day week.  When he finished his monologue he set about providing us with food and drink.  I chose a beer and Susan chose a glass of red wine.  He then proceeded to set before us a plate of pan con tomate, queso romero and jamón serrano.  Fortunately we chose the small plate because we would still be there trying to finish the large plate version.

When we were finishing up Nacho decided that we needed to have a gin and tonic made as only he could make them.  Out came a lemon, a chilled bottle of Master’s Gin, three bottles of the world’s most expensive tonic water, three glasses and ice.  He explained his recipe as he went along.  He poured a rather generous amount of gin into each glass, added the other ingredients gave everything a swirl with a knife and set the drinks before us.  I had never had a gin and tonic before.  In truth, the only mixed drink that I have ever had before was a Sloe Gin Fizz and that was when we were on our honeymoon in 1965.  However, I was game and, in truth, it tasted very good.  When we finished, we slowly made our way back home.

Our evening was quiet and we worked for a bit on the computer and read a bit.  I was in bed by 10:30 and Susan came to bed a half hour later.  Today’s photos were taken by Susan on Sunday when we visited the Chagall exhibit at the Thyssen Museum. 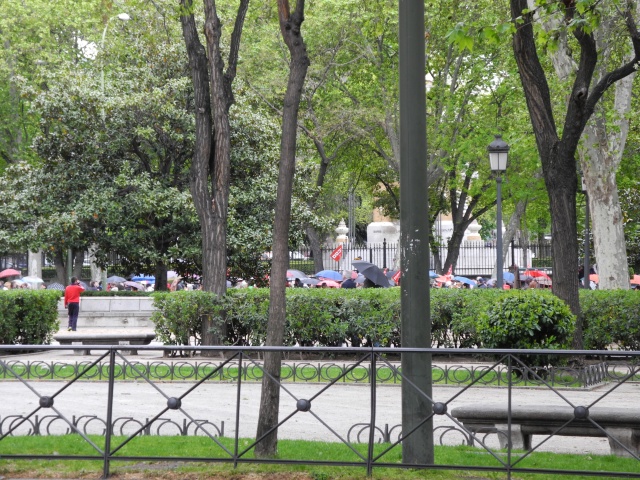 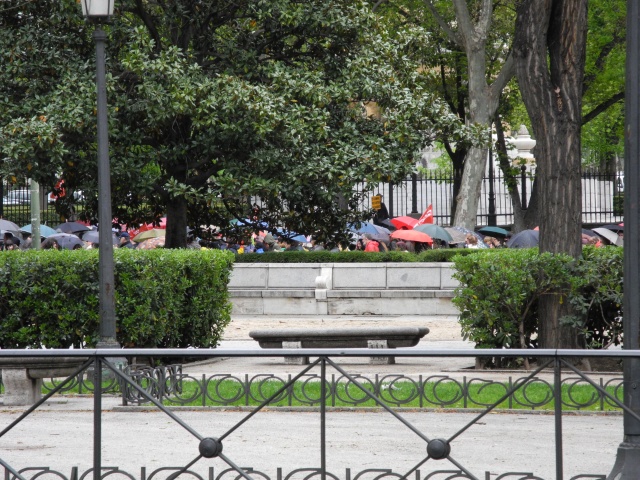 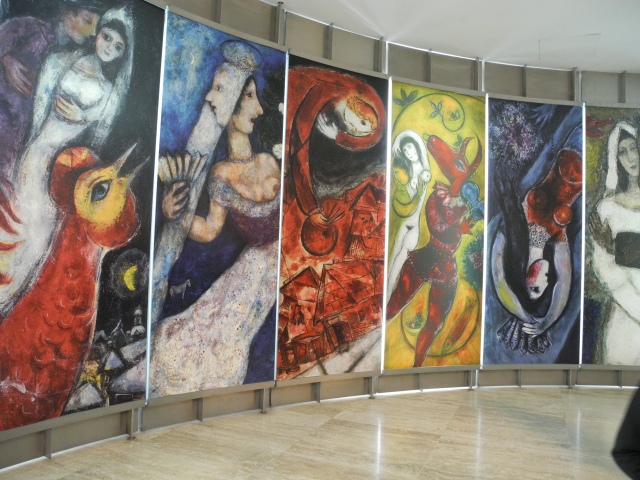 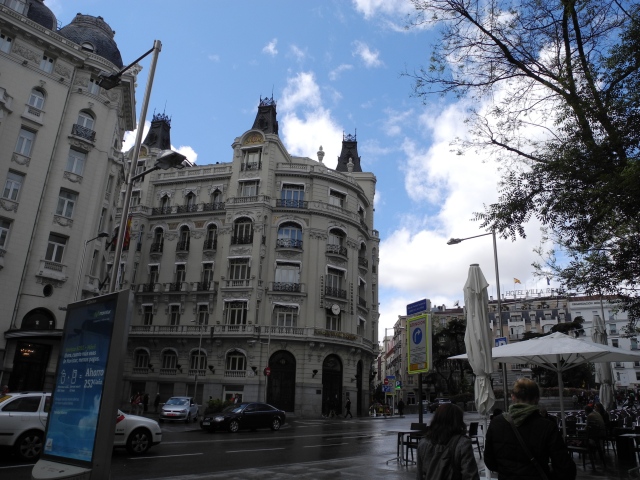