Today is the day when most of Spain is on strike.  We will never know what the actual percentage of strikers is because the unions will exaggerate the numbers in an upwards direction and the government will exaggerate in the opposite direction. Transportation is probably the most affected sector with public transportation and airlines offering one quarter of their normal runs.  There are very few signs of the strike visible from our vantage points.  Several bars and restaurants that are normally open on Thursdays are closed.  There was a massive protest scheduled for 6:30 PM near the train station, but we are too far away to know what has transpired.  I elected not to go to physical therapy today given the reduced Metro runs and being unsure whether the hospital staff would be on duty today.  I did however do my exercises at home.

Susan has been dealing with a bug these past few days, but today she is feeling well.  She has spent a few hours working on her homework for her Photoshop class.  She is hard at work creating a collage.  I have finally finished my translation of the magic effect for Magic Agora.  Once they have produced a clean copy of my translation they will send it back to me for further editing – at my request.  I did not keep track of how many hours I devoted to the task, but I do know that I began on Monday and finished today.

I spoke to Pepe earlier this afternoon.  He, as usual, is very busy.  Miguel Ángel Gea and Dani Daortiz will be in town tomorrow to do their taping for Magic Agora.  Pepe is making sure that everything is in place for tomorrow’s taping.  We will be getting together with him on Saturday evening when his sister and Jaime are in town.  We will be attending a performance by a Spanish magician named Karim and we also plan to have dinner together either before or after the show.

We had lunch today at La Fórcola.  We split a salad and then Susan had a pasta putanesca and I opted for a pizza.  I was only able to finish half of my pizza and that means supper is sitting in the refrigerator.  Susan chatted with Sonia today to see if it would be possible for her to shoot a photo sequence in the kitchen and get the recipe for La Fórocola’s version of steamed mussels.  Sonia said that she needed to speak with the cooks to see what would be a good day for them and once that is known Susan will arrange for the photo shoot.

Our plan for the evening is to rest and relax.  I will probably read some more and Susan may give in to the temptations of the TV.  We shall see. 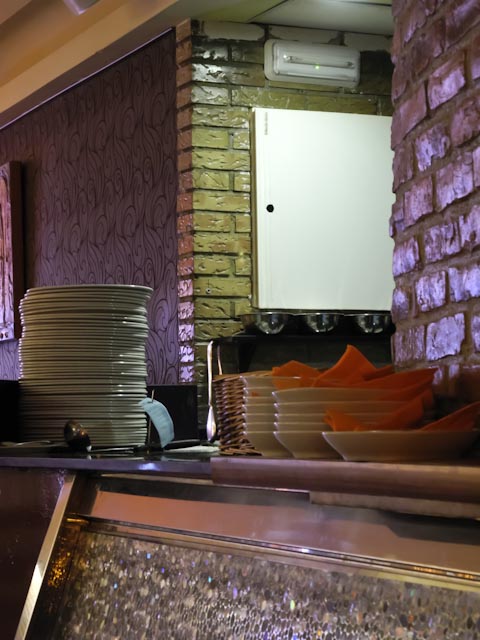 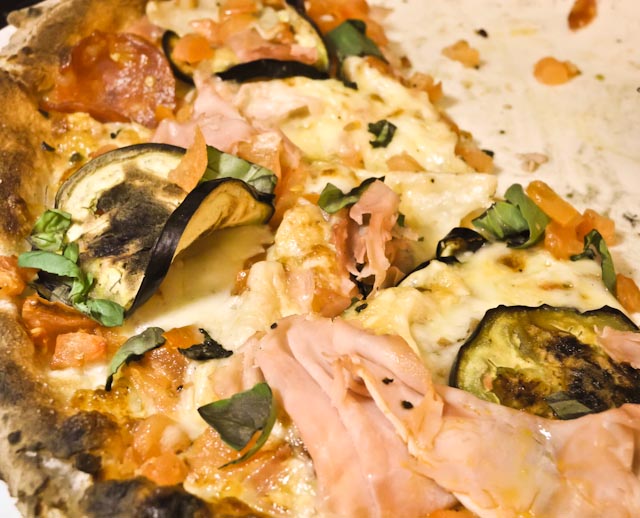 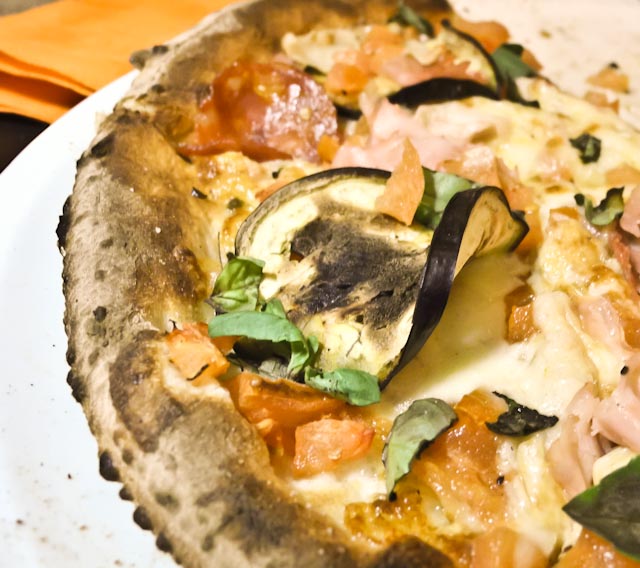