Methinks The Lady Doth Protest Too Much!

Vilma is working with Susan at her computer.  They are finishing her application for a visitor’s visa to the United States.  The next step will be to make an appointment with the US Embassy and Madrid so that she can answer any questions they may have and hopefully get an answer.  As I mentioned before the US assumes that every applicant for a visitor’s visa who comes from Central America will attempt to stay here and really does not want to visit.  Vilma wants to stay over in Miami because from there she will fly to her home in Honduras and those flight arrangements can save her a thousand dollars in air fare.

Protest marches took place again yesterday here in Valencia.  In fact there were two of them.  The second one passed right by the house as the protestor’s made their way to the Partido Popular’s headquarters that are located one block away.  There is another march scheduled for today.  The reaction to the police violence the other day seems to be divided according to party lines.  The Partido Popular has been the dominant party here in Valencia for years and years.  Their response has been predictable.  According to them and the mayoress of the city, Rita Barberá, the protests are being organized by the left; the students are being manipulated; the students are being deceived, the protests are illegal because they have not made a formal request to hold the marches; blocking traffic is a crime; maybe some policemen did overreact but they were attacked first; when asked about how many police had been deployed the Director of Security replied that one does not reveal that information to the enemy, but as a spokesman later explained the quote was taken out of context; and last, but not least, not one cent has been cut from the education budget.  With regard to the last statement they somehow managed to omit the adverb yet from their statement.  In trying to resolve the issue of protests by using unnecessary force the government has now generated another series of protests that revolve around the use of excessive force.

The protests were the excitement of the day.  Otherwise, it was a rather predictable Tuesday.  We paid a visit to the market and after putting things away we decided to go in search of lunch.  Our intention was to have lunch at Refugio, but they are closed on Tuesdays – as we discovered.  Since we were close to El Molinón we decided to have lunch there.  We began with some cod fritters and followed those with a dish of steamed mussels.  We also ordered a steak that was cooked rare and served with potatoes and pimientos de Padrón.  We did not have room for dessert, so we finished the meal with coffee.  From there we went to the Plaza de la Virgen in search of an ice cream, but the ice cream shop there was closed.  By the way, we discovered that Linares has not gone out of business.  They routinely close down for the winter.  That is indeed good news.

From the Plaza de la Virgen we made our way to the Plaza de la Reina.  Susan wanted to visit the second hand bookstore there.  It turns out that they are open on Monday, Wednesday and Friday only.  Having finished the business of the day, we returned home.  It was a little after 6:00 when we walked through the door and we spent the rest of the evening working on the computer and watching an episode of “Lewis”, which was a series on Masterpiece Theater.  When we turned off the TV it was midnight and we decided that our next activity would be going to bed and so we did. 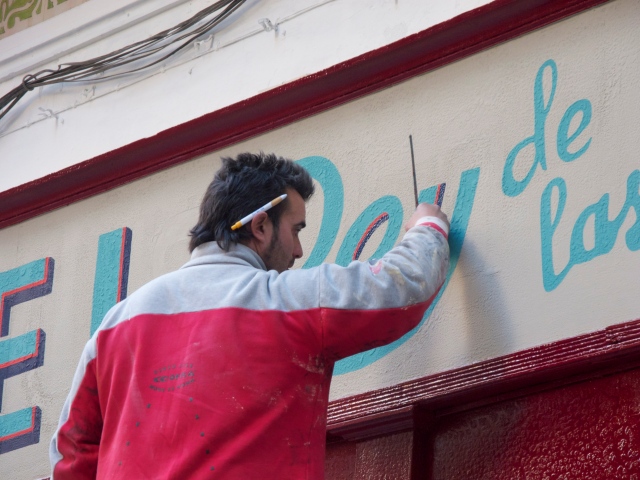 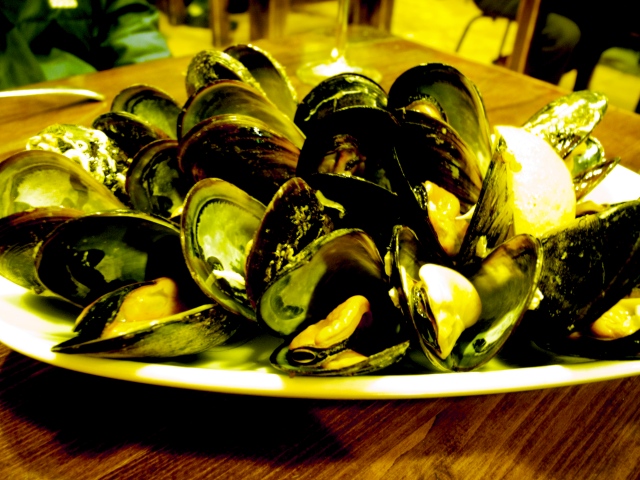