The sun has returned to Valencia and there is a slight warming trend predicted for the next few days.  As always, we will take the weather forecast with a grain of salt.  We are giving some thought to seeing a movie today, but we shall see how our day plays out.

Yesterday we both did a home workout and took our showers so that we would be ready to leave when Rosa showed up to clean the house.  Rosa called a little after 12:30 saying that she was still not feeling well and would come on Friday instead.  Since we were planning to eat out today and had not taken anything out of the freezer, we decided that we would keep to our original plan.  On Wednesday Mike had mentioned a restaurant to us by the name of Basílico so we thought that we would give it a try.

Basílico is located on Calle Cádiz and is about a five-minute walk from Brian and Ofelia’s place.  We decided to walk to the restaurant and we got there in less than thirty minutes.  The restaurant is very small and it is difficult to get a table at lunchtime without a reservation.  We got lucky and they broke a four-top into two two-tops and we took our seats close to the door.  Alex works the floor of the restaurant and Arif does the cooking.  Alex, I think, is from Valencia and Arif is from London.  Lunch is a set menu and is priced at a very reasonable 9.90 Euros.  The menu yesterday was a mushroom and spinach soup, a bruschetta made with fresh tomato and basil, Peking duck and, for dessert, a warm apple crumble served with vanilla ice cream.  The Peking duck was served in the traditional style with the pancakes, the duck, the vegetables and the duck sauce and we each got to make our own little Chines duck tacos.  Everything was very tasty and we know that we will be returning to try their evening menu.

As we left the restaurant we decided that we would pay a visit to the Corte Inglés to see if they had any black leather jackets that might catch my fancy.  Nothing did catch my eye, but Susan found a fluffy blue bathrobe so our visit was not a total failure.  By the time we got home it was a bit after 6:30.  I was hoping that I would find a message from Pepe about whether there would be a meeting of the veteranos or not.  It turned out that Paco D’Andres was still not up to receiving visitors so the plan for the evening was to gather at Pepe’s to watch Valencia play Levante in one of the opening rounds of the Copa del Rey.

I got to Pepe’s a few minutes before 9:00 and Paquito and Gurrea were already there.  Pepe was in the process of making sandwiches, a delightful combination of smoked red peppers, eggplant and tuna.  We each grabbed our sandwich, poured ourselves a glass of wine and watched Valencia beat Levante 4 to 1.  The game ended a little after 11:00 and we all left together.  We parted ways at the front door of Pepe’s apartment building.  I walked home and was back in the house some ten minutes later.

We did an extensive amount of walking yesterday – close to 7 miles.  Since I have been in Valencia I have logged 385.66 miles between the treadmill at the gym and our daily jaunts through the city.  Needless to say, my legs are in the best shape ever. 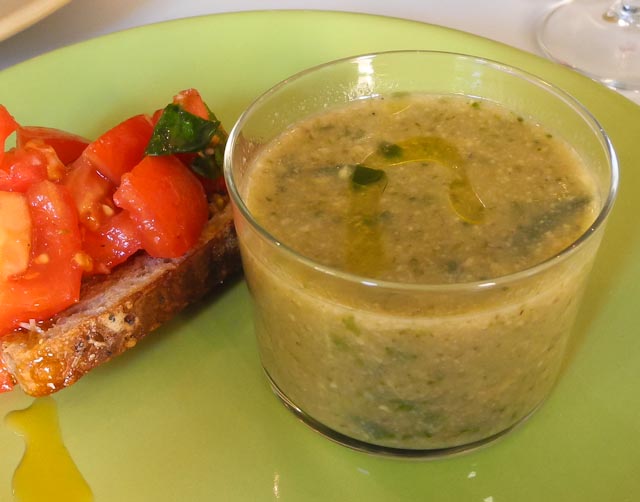 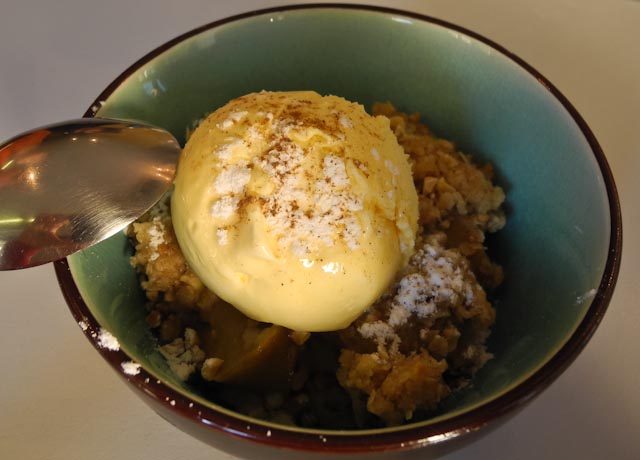