In hopes of inspiring myself to exercise more I purchased a Fitbit at the beginning of November.  Fitbit is an electronic device that allows you to track how many steps you take in the course of the day, so it functions like a pedometer.  It also keeps track of how many flights of stairs you climb in a day and it tells you how many calories you have expended in the course of your day.  There is a website that keeps track of all this info because the Fitbit comes with a base station and the base station communicates with the website.  Fitbit will also track your sleeping hours and let you know how many hours you actually slept.  In addition, on the website you can enter you caloric intake for the day, as well as any exercise that you have done during your day.  You charge it by placing it on the base station and, if you desire, you can set a number of goals for yourself.  The price for this little wonder is $99 and, if you end up using it, it is well worth the price.

We started our day with a visit to the Central Market.  We purchased some ham, some Reggiano Parmigiano and a variety of fruits and vegetables.  From the market we went to Carusel to talk with Jordi and to firm up the menu for Susan’s party.  We have asked for him to make an arroz con bogavante (rice with lobster) for the main course and for him to decide what the rest of the menu will be.  We then continued on our way home where we put everything away.

1:00 o’clock saw us on the move again.  This time we were heading to Primera Impresión to pick up three photos that they had printed and mounted.  When we walked it at 1:45 the proprietor told us that he had tried to call us to tell us that the pictures were ready, but his employee had somehow omitted the last number and he was unable to get us.  We looked at the picture and they had done a spectacular job.  They will look absolutely spectacular on the den wall.  Having completed that task, it was time for lunch.

We looked in at a number of places, but nothing rang our chimes.  Since we were so close to Lambrusquería, we decided to head there.  When we got there both dining rooms were filled and after waiting ten minutes for an indoor table we decided to dine al fresco.  It was a sunny day and it was not at all uncomfortable sitting at our sidewalk table.

We opted for the menu of the day, which costs a ridiculous 6.5 Euros.  Susan chose the spinach salad and I had what they called the ensalada siciliana, which consists of a variety of lettuces, olives and goat cheese.  For our main dishes I chose the pasta genovese – penne pasta with a meat sauce that was spiked with basil – and Susan chose the goulash with lentils.  Dessert was tiramisu and coffee was a necessity.  I had two beers and Susan had a glass of wine.  The bill was 19.8 Euros.  Score!

We decided to walk back home and on our way we passed by The Ginger Loft and it was still open.  We popped in and Santi was at the bar working on a design.  He convinced us to have a drink with him and he made Susan a champagne cocktail and I opted for an espresso and some Gran Marnier.  We chatted for quite a while and then we were homeward bound once again.

Susan prepares some tortillas for our supper and we supplemented the tortillas with some freshly baked bread.  We took life easy for the rest of the evening as we tried to recover from yesterday’s 8-mile journey.

Valencian sky as seen from our table 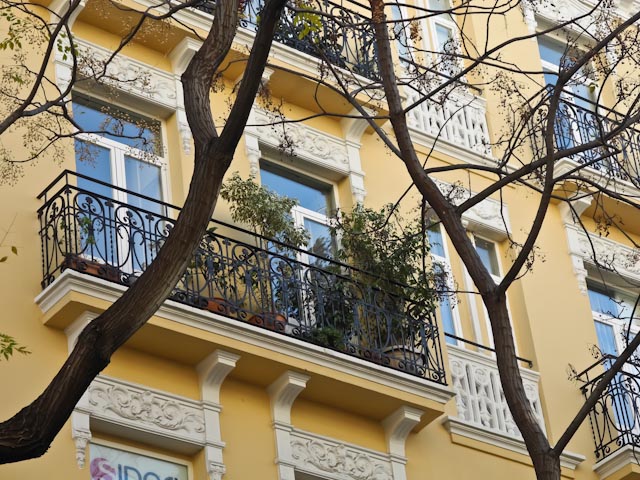 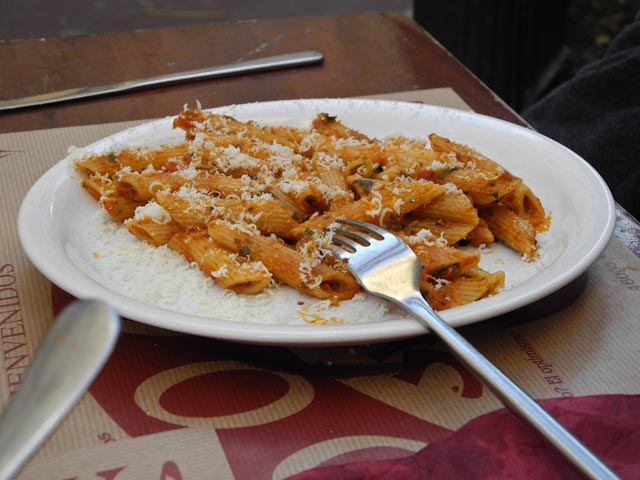