I Get A Quique Out Of You!

In the late 60’s and early 70’s we spent six years in Buffalo, NY.  The best thing about our stay there was the birth of our daughter, Rachel.  I should hasten to add that I did enjoy the six years that I taught both Spanish and Italian at State University College at Buffalo.  For the first two years we lived in an apartment on Kenmore Avenue and then we moved to Harlem Road in Amherst, NY.  We bought a three-bedroom one-bath home for $18,000.  It had a window wall that looked out on a rather extensive back yard, cathedral ceilings and a fireplace.  It was home to a number of gatherings for the Spanish Club at SUCB and one year and one year only it was home to a Christmas tree.

I had always wondered what it would be like to have a Christmas tree, so we ventured forth one afternoon and chose a rather impressive tree.  It was not until we got home that I realized how big a tree it was.  Fortunately, we did have cathedral ceilings.  Now we had a tree, but we had no decorations.  That necessitated another trip to buy lights and decorations.  Since we had no idea of how to decorate a tree we decided to throw a Christmas tree decorating party and we invited some of my students and some of our friends to help us with the task.  They did a great job.  That year we wrapped up presents and set them under the tree so we could open them on Christmas day.  Of course that was the Christmas that my brother and his wife, Judy, and their two kids, Lisa and Jeffrey, were driving up from Maryland to spend Christmas with us.  We had been proactive enough to make sure that there were presents for all of them under the tree.  No sooner did my brother walk into the house than my brother looked at me and said, “Thanks.  I just spent two hours in the car explaining to my kids that Jewish families never have a Christmas tree!  Oops!

Yesterday we decided to walk over to the other side of town to look for a new store that had just opened.  It is called A Taste of America and it has several branches all over Spain.  As its name implies it features a variety of American products and I was in search of a bag of Hershey Kisses that I needed for a magic trick.  We walked through the door and that was the first thing that I saw.  Success!  We also discovered some Celestial Seasonings teas, so we picked up a couple of boxes for the tea drinker in the family.

Our next stop was a business called First Impressions.  Among other things they print photos and they do that very well.  We had used them before and were very happy with their work.  We were looking to print three of Susan’s food photos to hang in the office space.  We decided to have them print the photos and mount them.  We will return tomorrow to pick them up.  We then headed back to the center of town.  It was a little after 2:30 when we passed by a restaurant called Vuelve Carolina, which is another Quique Dacosta restaurant.  In spite of not having a reservation, we scored a table for two towards the back of this rather large space.

The interior is spacious and airy.  The walls are wood and the floors are tiled.  The wood amplifies the sounds of the restaurant, but, in spite of that, it is easy to hear the conversation of your tablemates.  We studied the various options and decided that we would give the tapas menu a try.  We began with two fresh and briny oysters that tasted of the sea.  Next came a Parmesan yoghurt that was, in a word, delicious.  Next came a yoghurt with mussels in a piquant sauce.  The Spanish call these mejillones tigres. Next up was a cremoso de foie gras.  Think of a cremoso as a creamy pudding and you will get the idea.  Our next to last dish was a crunchy langoustine, breaded with panko and perfectly fried.  It was accompanied by a tomato reduction that tasted like the world’s best marinara sauce. Our last dish was a poached egg served with a cremoso of morcilla and croutons.  I did not finish this last dish because I wanted to leave room for dessert.  Dessert was a bosque de chocolate and a very light cake whose name escapes me.  The service was as excellent as the food, in sharp contrast to the rather impersonal service at Mercatbar last Saturday.

We spent the rest of the afternoon reading and resting.  I headed out for the CIVAC meeting at 8:30 where the topic was “Oil and Water”.  Oil and Water is an effect where red and black cards are interlaced and somehow manage to separate because oil and water do not mix.  I performed my homemade version of the effect that uses pictures of apples and pears.  In Spanish you do not mix or compare apples to oranges, you compare apples to pears, which is kind of ironic when you think of what fruit is associated with Valencia.  After the magic we settled down to some sandwiches that were put together by Pepe, Paquito and Juan Luis.  I excused myself a little after 11:00 and headed back home.  When I walked in Susan was watching TV and finishing her supper.  We read for a while and made it to bed a little after midnight. 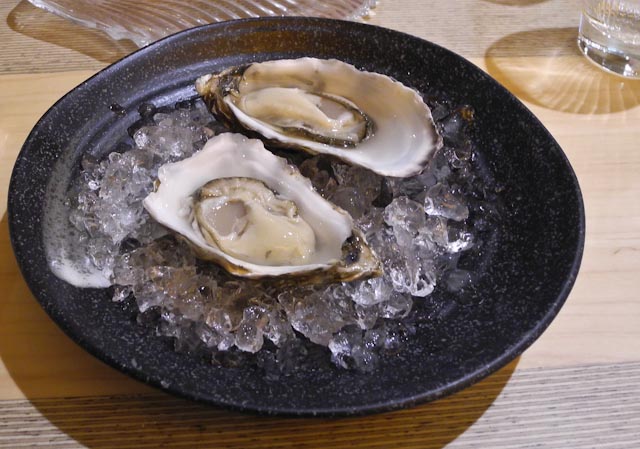 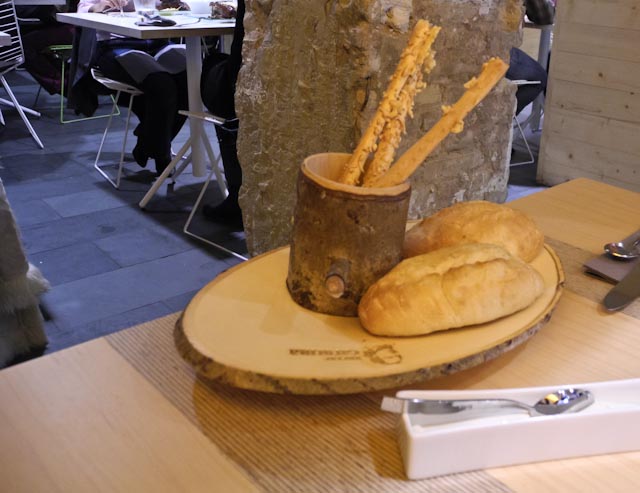 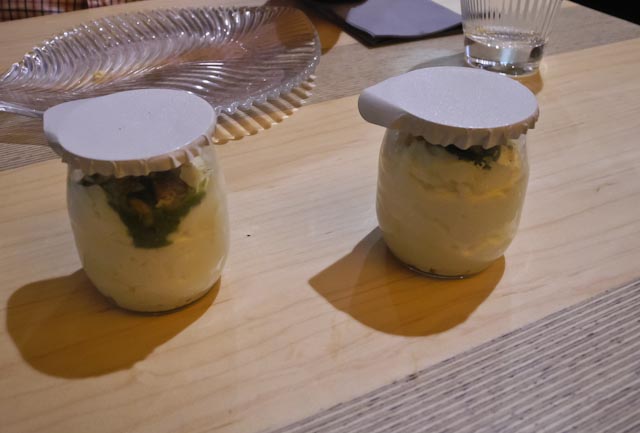 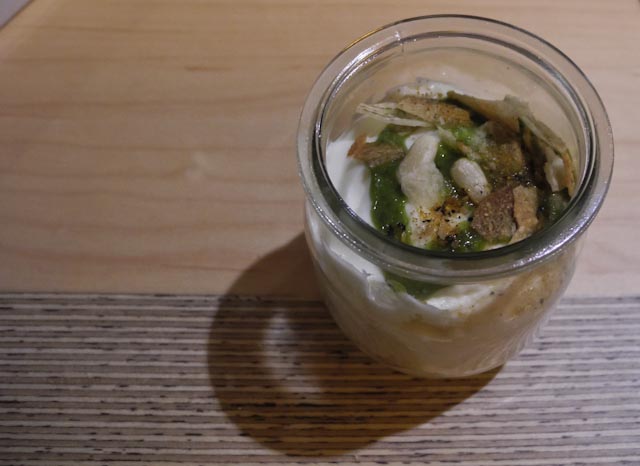 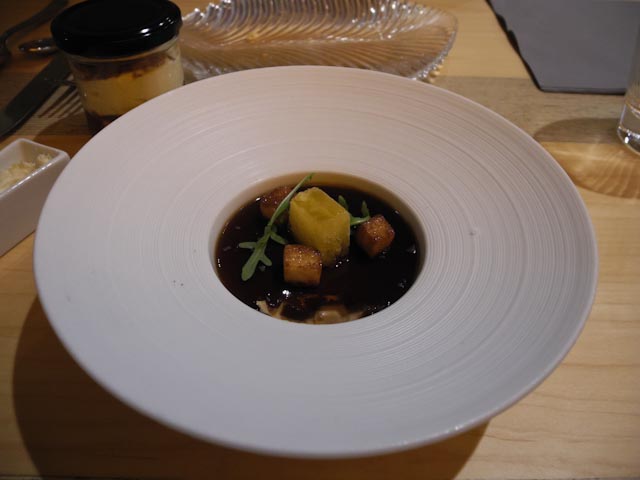 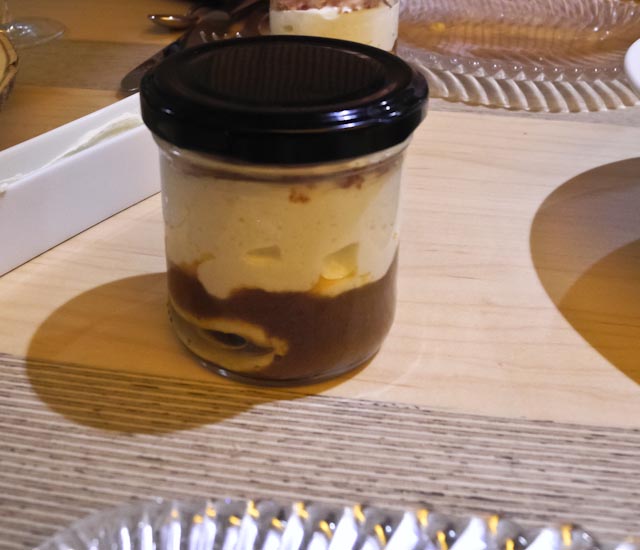 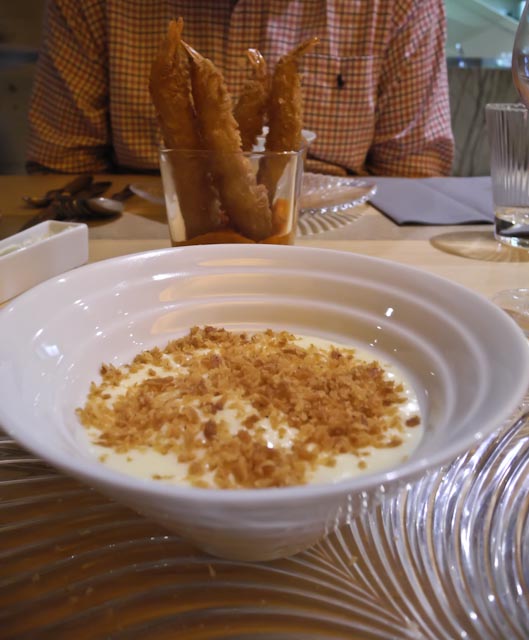 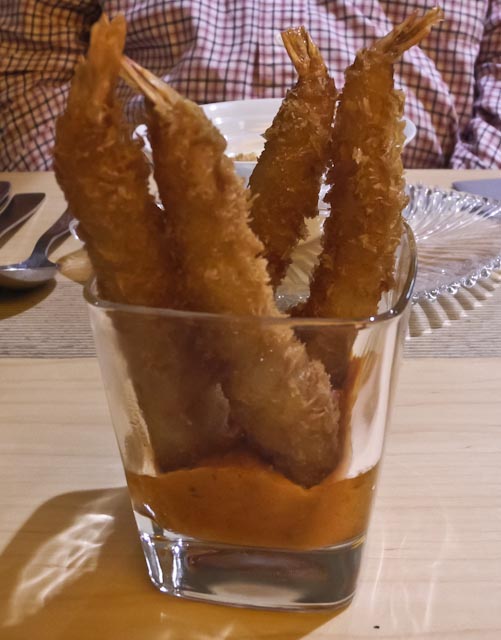 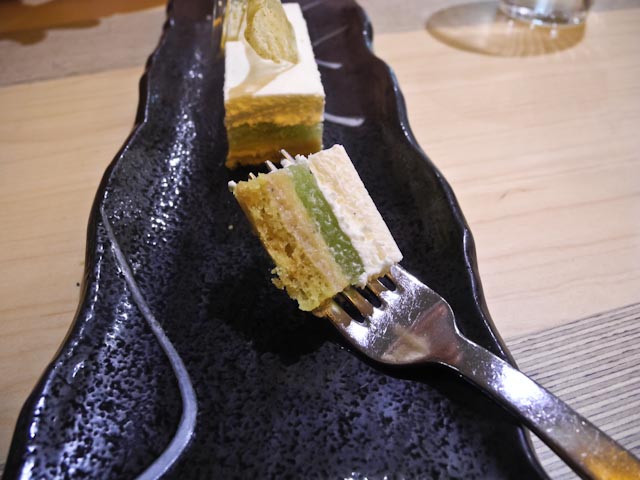 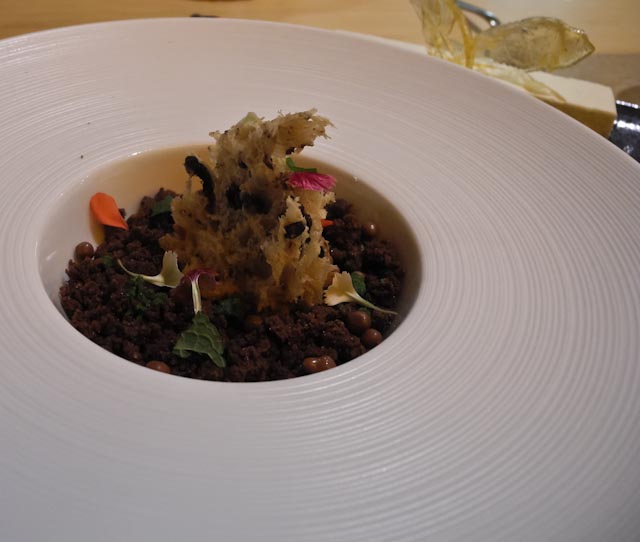 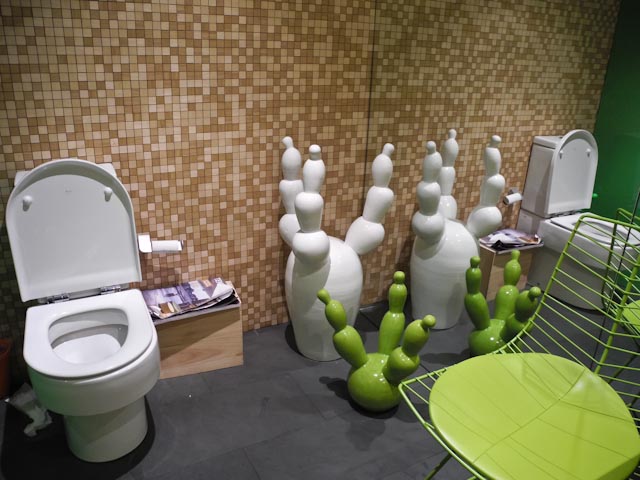