Yesterday morning when Susan woke up it was obvious that she was suffering from a cold and that the culprit was not allergies.  She decided that it would be a good day to not do much of anything and she spent the morning working on photos and doing a bit of reading.  I headed out at 11:30 to work out at the gym.

I spent a good hour working out and incorporated a few more exercises into my routine.  The ability to work with the Fit Ball and rubber resistance allows me to avoid the crush around the machines and to go at my own pace.  It was close to 1:00 when I got back home.  Susan decided that she was not going to go to her Aqua Fitness class at 3:30 so there was no great rush to go out to lunch.  At 2:30 we left the house and ended up at El Cuento, which is a couple of doors down from Miguel’s office.

Susan started her meal with a cream of zucchini soups and I had a revuelto that had some ham mixed in.  Susan’s main course was a chicken curry and I opted for the goulash.  Both were very tasty.  Susan had flan for dessert and I chose the chocolate cake.  When we finished our coffee we decided to go the Nespresso store and restock our coffee supply.  After we made our purchase, we continued on to the Corte Inglés because I needed to pick up a couple of Sharpies.

On our way back home we stopped in at the new Apple Store, which opened on December 3.  We stopped by so that Susan could make an appointment at the Genius Bar to get some help in returning the color display on her MacBook back to its factory settings.  We made an appointment for Wednesday morning and after we had done that we took a quick tour of the store.

It sits in a totally renovated building.  The façade of the building has been spruced up, but the original exterior was left in place.  The interior is totally modern.  On the ground floor there is a Genius Bar and the rest of the space is devoted to displays of the various Apple products.  There is another Genius Bar on the first floor, as well as space for one on one sessions and a space for workshops.  All accessories for Apple products are displayed on the first floor, also.

Around 8:00 I headed out for the CIVAC.  As it turned out, there was no formal presentation so that allowed time to just sit around and catch up with each other.  Nacho Diago was at the meeting and it was good to finally catch up with him, given his busy schedule.  He is currently appearing in a soap opera on one of the national networks and is under contract until the end of December.  His character will reappear early next year so that means several more months of gainful employment.  In addition to his television work, his work as a magician has been keeping him busy, too.  We hope to catch up again soon and spend some quality time together.

I headed back home around 9:30 and discovered Antón spending some time on the sidewalk outside of La Fórcola.  We chatted for a while, talking mainly about business, but also talking about family and how we all are becoming citizens of the world in one way or another.  Antón is a walking United Nations since his parents hail from Greece and Croatia.  He was born in Italy and is married to a woman from Argentina.  Amazing.

Susan had the TV on when I walked through the door, but she really was reading and the TV was keeping her company.  We both read for a while longer and we were in bed well before midnight. 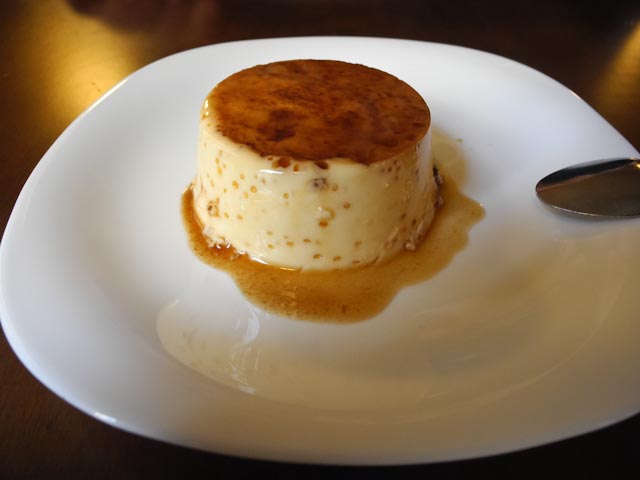