Posted on December 2, 2011 by martykaplan

Even though we have entered the month of December, the assault of Christmas decorations here in Valencia is noticeably lacking.  The Corte Inglés is all dolled up for Christmas, but most display windows at other establishments either have made no changes or, at most, have a string of lights in their window.  While walking home last night I noticed that one balcony on Calle Borrull had been decorated with a string of lights.

Yesterday I visited with Miguel to pay December’s rent.  We chatted for a while and I then headed off to the gym to do some cardio. While I was at the gym, Susan was having her nails done.  On my way home from the gym I passed by two stores that sold lamps and saw some possible candidates for Susan’s nightstand.  When we caught up with each other it was a little after 2:00.  We decided that we would head to El Molinón for lunch.  When we walked in we were warmly greeted by Quique, the owner.  This was the first time we had seen him in spite of the fact that we had stopped by to say hello four or five times.

We ordered three items for lunch.  Our salad for today was a dish of sliced tomatoes topped with tuna.  We had ordered that salad last week, but this one seemed to have doubled in size since our last visit.  We also ordered a revuelto de morcilla, scrambled eggs with blood sausage mixed in.  Our third dish was a plate of albóndigas, which, in my opinion, are still some of the best I have ever tasted.  I had a beer and Susan had a glass of wine.  We were so full that we passed on coffee and turned down an offer for a complimentary liqueur.  When we left the restaurant, Susan and I parted ways.  She headed for Zara Home to purchase two more throw pillows for the sofa and I headed home hoping to take a nap.

Susan arrived home a little after 5:00 with throw pillows in hand.  After catching her breath, she and I headed out again in search of the elusive nightstand lamp.  We ended up at a store called Prácticas and found the perfect lamp.  It is very simple and was very inexpensive, but it is perfect for the bedroom.  We brought it home, plugged it in and it turned out to be as good a fit at home as we thought it would be in the store.

A little before 8:00 I left the house bound for my regular Thursday meeting with los veteranos.  Tonight’s meeting was at La Cuchara Mágica because Paco d’Andrés is in the hospital having a growth from his cheek removed.  The usual suspects showed up, Pepe, Paquito, Juan Luis, Gurrea and Gioco.  When I walked in, Pepe was in the process of getting the potatoes and onions ready for one of his famous tortillas españolas.  Gurrea showed us some of the new silks he had purchased.  He had received a couple of free effects with his purchase and since the explanations were in English he asked me to show him how they worked.  One of the tricks was of little magical value and the other one – a pseudo mental effect – was cute.  I showed him how to do it and he performed it himself a couple of times to make sure that he had the working down.  Gioco had to leave early, but he had enough time to show us a four Ace assembly that he had been working on.  We chatted for a bit more and then we set the table and devoured the tortilla española that Pepe had made.  I left at 10:30 and when I got home Susan was already in bed.  I joined her and called it a day. 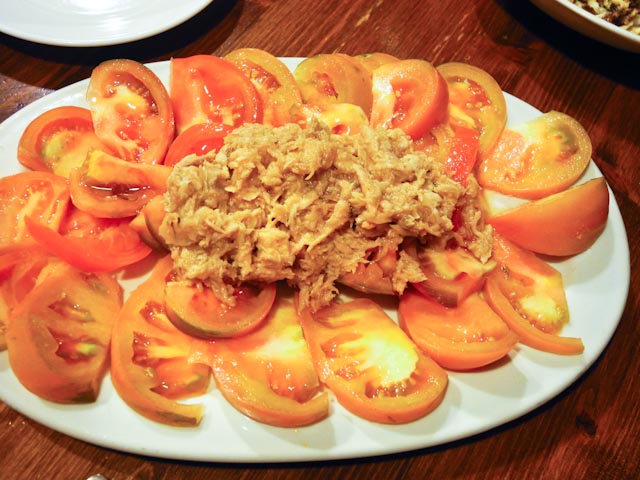 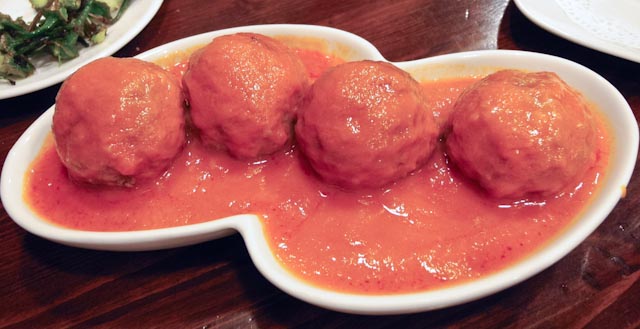 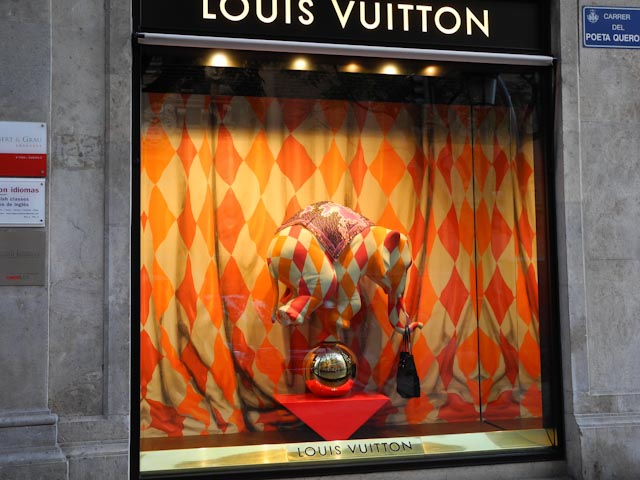 One of the few Christmas displays