A Morning Visit To The XIX Century

The alarm we set for yesterday morning at 6:30 went off again this morning.  We shut it off and went back to sleep and thankfully awoke at 9:00.  Susan is in the process of making a stock from the turkey carcass and all the remaining white and dark meat has been sliced and is ready for sandwiches.  Our plan for today is to take life easy given the hectic pace of the previous ten days.

I awoke yesterday at 5:45 ay decided to get out of bed because I knew I was not going to sleep any more.  I worked a bit on the blog while I had my morning cup of coffee along with a madalena.  Susan got up at 6:30 and we were out of the house a little after 7:00.  We took a cab to the Comisaría de Policia de Patraix and were there by 7:20.  We were the 73rd and 74th people in line.  The custom is for someone to start a list, which you sign as soon as you take your place in line.  That hopefully thwarts people who try and jump the line as the morning progresses.  It is a system that works because anyone who tries to jump the line is yelled at by a goodly number of people.

A little before 9:00 numbers are handed out by a policeman and it was not until 9:30 that the first applicants were allowed to enter.  The system here in Valencia makes no sense whatsoever for a number of reasons.  Firstly, it is impossible to make an appointment on line to submit your application.  Secondly, they only give out one hundred numbers for the morning hours.  That means you can wait in the cold for 90 minutes only to be told that there are no more appointments available that morning.  Thirdly, foreign students who need a student visa are allowed to come to the front of the line without a number and get almost immediate attention.  That means that as you slowly get closer and closer to the front of the line you go further and further back.  We made it inside five hours later and were told to take a seat and wait our turn.

The sun does not rise in Valencia until a little after 8:00.  That meant that we spent our first forty minutes waiting in the cold and dark.  There are no chairs or benches where one can sit and there is no waiting inside the building previous to your number being called.  The line resembled a mini-UN.  There were a number of Chinese, Romanian, Russians, South Americans and Northern and Central Africans in line.  Susan and I were the only Americans.  Most people behaved themselves, although there were some noticeable exceptions among the Chinese and North Africans.  The good news is their efforts were thwarted.  As the hours passed my legs and lower back were not happy.  The last time I had been on my feet that long was at a Rose Parade and this wait far exceeded that one.  We inched forward and, as already mentioned, we reached Nirvana at 12:20.  Our turn came and it took less than five minutes for one of the four employees that were at their desk to check the necessary forms, make sure that we were listed in the computer as having a visa and taking a print of the right index finger and having us sign the form that will eventually become our tarjeta de identidad.  We were told to return in forty days to pick up the card.  It must take that long because it must be cast in bronze using the lost wax process.  I can hardly wait until the Spanish bureaucratic machine leaves the 19th century and dips its toe into the 20th.

After our adventure we headed back home to drop off all our paper work and decided that we would kill two birds with one stone by having lunch at The Ginger Loft and stopping off beforehand at a branch of Caja Madrid to get our tickets for the concert we would be attending that evening.  I put in my card and received a message that they were unable to print my tickets at that point in time.  Susan put her card in and received an error message saying that the machine could not read her card.  Did that mean that Susan’s brand new card had been demagnetized and rendered non-functional?  We made a quick trip to the Banco Popular where we discovered that both her card and mine were perfectly fine.  Obviously the fault lay with the automatic teller at Caja Madrid.

Things were very quiet at The Ginger Loft when we greeted Mike.  We sat at a nearby table and I ordered a beer and Susan a glass of wine and we proceeded to study the menu.  Our drinks arrived along with a complimentary appetizer of caponata and some Melba toasts on which to spread it.  We then place our order and the dishes came rolling out with perfect timing.  Our next dish did not appear until we had finished the previous one.  We enjoyed a tandoori chicken wrap, two steamed pork dumplings, a lentil parsnip and apple soup, Moroccan meatballs with couscous, and a Chinese beef with Basmati rice.  Everything, as usual, was delicious.  We left the restaurant at 4:00 and gave the automatic teller a try without any luck.  We would have to resolve our problem at the Palau de la Música in another three hours.

Exhausted from yesterday’s morning experience we both decided to take a nap and, for the first time ever, Susan was able to take a lengthy nap.  A little after 6;00 we showered at got dressed for the symphony.  We went by cab and as soon as we exited the cab, I headed for the box office. I explained my problem, handed over the credit card with which I had made my purchase and in the space of ten seconds I had my tickets in hand.  We made our way to the first balcony and took our seats on the aisle, third row center.  We has a perfect view of the orchestra and that made the 30 Euro purchase price all the more worthwhile.

Last night’s program consisted of audience favorites.  Susan and I had never heard any of the pieces we heard last night performed live and it was thrilling to hear them live in the intimacy of the José Iturbi theatre at the Palau.  Our conductor for the evening was Domingo Hindoyan, a native of Caracas and the featured soloist was pianist, Tzimon Barto.  The program consisted of Grieg’s Peer Gynt Suite and his Concert for Piano and Orchestra in A Minor, op.16, de Falla’s El Amor Brujo and Ginestera’s Estancia.  Barto’s performance merited five curtain calls and he played an encore that was also warmly received.  The concert began at 7:30 and due to the lengthy program it was close to 10:00 when we exited the building.  The rest of the evening consisted of a quick cab ride home, a light snack and an early bedtime. 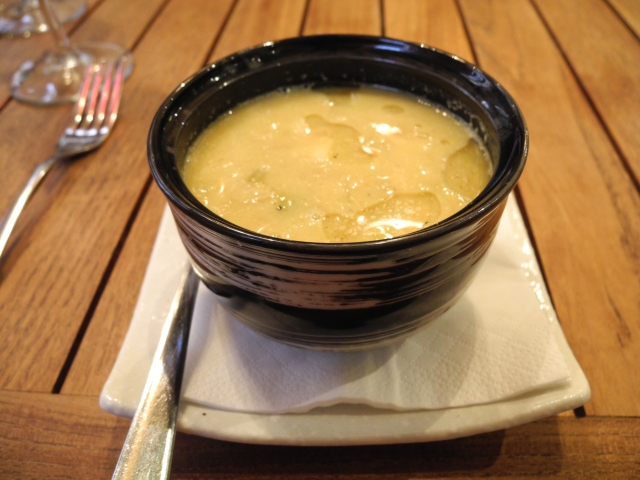